A month-long collaboration at the landmark London department store kicks off this week. 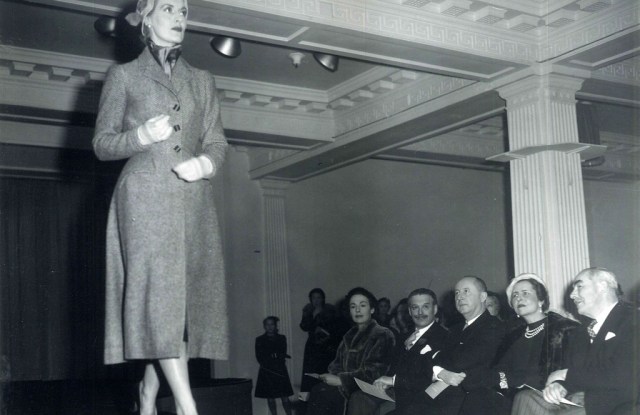 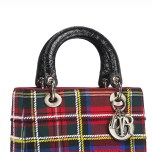 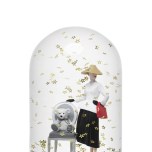 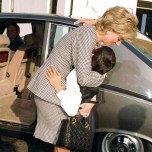 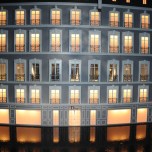 PARIS — Dior and Harrods, who go back 60 years, are taking their relationship to a new level with a month-long collaboration at the landmark London department store that kicks off this week.

This story first appeared in the March 12, 2013 issue of WWD. Subscribe Today.

The Dior at Harrods invasion encompasses nine separate pop-ups spanning an exhibition, displays of savoir-faire, dozens of exclusive products and even a 50-seat café serving lobster club sandwiches and Dior cupcakes iced with illustrations of its iconic fashions.

The collaboration will be trumpeted in 33 window displays incorporating “Dior-ized” versions of London telephone and Queen’s guard booths; “showers” of J’adore perfume bottles, and displays involving teddy bears, mascots for the famous retailer.

Disclosing particulars of the tie-up in an exclusive interview, Dior president and chief executive officer Sidney Toledano told WWD he expects a “big impact,” given that an estimated 250,000 people visit Harrods weekly, and thousands more pass by its Brompton Road windows.

For the spring season, Dior has engineered a series of animations and pop-ups worldwide with key retailers to trumpet the new generation of Dior under Raf Simons, its artistic director of women’s haute couture, ready-to-wear and accessory collections.

Toledano and Harrods are to host an event in London on Thursday night to kick off the event, which opens to the public on Saturday and runs through April 14.

There is plenty to feed the public’s imagination, from 40 miniature couture dresses, circa 1947 to 2013, realized by the house’s ateliers on Avenue Montaigne, to works by young British artists asked to interpret the iconic Lady Dior bag, and celebrity lore galore, including dresses worn by Charlize Theron, Elizabeth Taylor and Audrey Hepburn.

The French house also cooked up dozens of exclusive products to suit an array of tastes and budgets, from 19.95 pounds, or $29.75 at current exchange, for a box of four cupcakes, and 300 pounds, or $448, for an exclusive snow globe, to 4,100 pounds, or $6,118, for a leather-lined Lady Dior bag in embroidered tartan with crocodile handles.

Marigay McKee, chief merchant at Harrods, called Dior “one of our most successful global luxury brands,” and said such bespoke collaborations are “vital” to differentiating Harrods.

“Luxury is evolving at a very fast pace and we’ve seen huge growth coming from the power brands of the last decade, but also renewed interest and demand for craftsmanship and heritage,” she explained. “Dedicated events such as this provide an exciting opportunity to highlight one brand throughout the store in a significant way. Desirable aspirational luxury is here to stay and dream investments are on most people’s wish lists.”

To be sure, the French couture house has a rich history with the U.K. and Harrods in particular.

Dior London was one of the first subsidiaries created by the fashion wunderkind, who electrified postwar Europe with his cinch-waist, fan-skirted New Look.

In 1953, he traveled to the English capital to stage a fashion show at the department store and inaugurated the Harrods Fashion Theatre. Photos of him gazing up at models on the runway are among vintage images going on display. Another shows Princess Margaret wearing a frothy Dior dress on the occasion for her official 21st birthday portrait.

Toledano had only recently joined Dior when Princess Diana was photographed in Birmingham in 1996 hugging a young boy following a hospital visit, a Lady Dior bag dangling from her wrist. He recalled that a call came in from Harrods, who relayed that within hours of that photo being published, the Dior stand had been picked clean of Lady Dior bags. The princess subsequently purchased and wore the iconic style in a series of colors during an official visit to Argentina, and famously at the Met Ball for the Costume Institute in New York.

The founding designer, whose house in Granville, France, faces Plymouth across the English Channel, also took inspiration from English fabrics including hound’s tooth and Prince of Wales check, which figured in his fashions and his fragrances.

Toledano characterized the U.K. as one of Dior’s “key European markets.” The firm tracks its clients according to residence, and U.K. residents are “as important as French residents,” he noted.

The Harrods initiative is seen as having international resonance, given the various nationalities that frequent the department store.