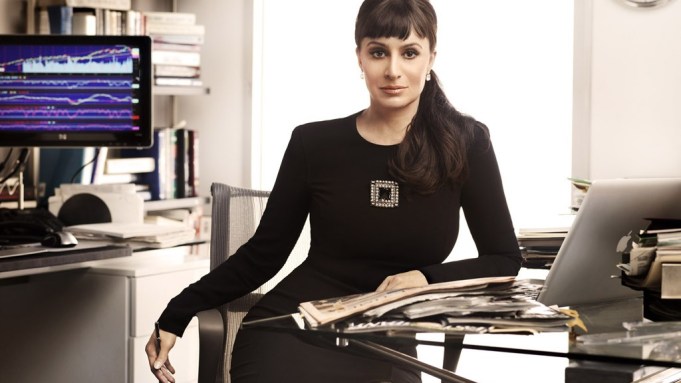 Dawn Bennett, a financial adviser and DJ Bennett’s founder and chief executive officer, said the difficulty of finding high-quality apparel for her sport, triathlons, led her to create the concept.

“It is a unique white space in the luxury market,” Bennett said. “We’re blazing a new trail.”

Chief merchant Bonnie Pressman hunted down 130 hard-to-find brands such as Louis Garneau, Ron Hill, Galvin Green and Isurus. “I’d been a buyer before [at Barneys New York],” she said. “Even though I engage in a lot of sports and watch a lot of sports, that whole world was a new spin for me.”

Pressman was able to use some of her old Barneys’ contacts at brands such as Moncler. She found a line in France with beautiful colors called Breuer. But the job is testing her knowledge of sports such as fly fishing, which she’s never done. “I went to the outdoor retail fly fishing show,” she said. “The reps are very helpful in establishing a base order of reels and rods.”

For horseback riding, Pressman chose Ariat, a California-based maker of English and Western performance footwear and apparel. A show jacket is $500 and knit show shirt with moisture wicking, $500. Boots range from $112 to $500.

“We’re looking at unique surfboards that could be one-offs,” Pressman said. “Paddleboard has become huge this year. It had a 40 percent increase. Body surfing is coming back. We’re definitely going to do that.”

The site has National Geographic-worthy images of kayaking, boating, fly fishing, scuba diving and surfing. A Places to Be section recommends sites such as Kona, Hawaii, for serious surfing and marlin fishing, and Salzburg, Austria for snowshoeing, cross country skiing and tobogganing.

While Bennett believes in the efficiency and flexibility of the Internet, she’s brought old school values to the business. A DJ Bennett by-appointment salon opened in Chevy Chase, Md., to offer customers a high level of hands-on service. “Opening more salons in other cities is a strong possibility,” Bennett said. “Opening stores these days doesn’t pay off unless it’s in an emerging market.

“Our focus in 2013 will be expanding into China and getting Internet exposure, and going to Singapore,” Bennett said. “They’ve got 1.3 billion people in China alone. They’re into sports such as golfing and yachting. In Singapore, there’s wealth beyond the imagination.”

China’s sales combined with U.S. sales will be $7 million to $8 million in 2013, said Bennett, adding, “My big belief is that China is going to be quite large for us.”

An Authentics tab on the Web site features interviews with professional athletes, while a user-generated Adventure Journal demonstrates an impressive level of physical fitness among DJ Bennett’s adventuresome audience.

“An IPO is an option,” Bennett admitted. “We’re very open to talking to people. At this point, it’s being self-financed by me. The problem is that you have to dance to Wall Street’s music and Wall Street wants growth every quarter. I want to keep us on a three-year plan or a five-year plan.”