In the U.S., there’s a potent landscape for retailers and brands to take a stance on key issues plaguing the consumer's thoughts.

There’s no debate that the U.S. has and still operates with a widening partisan gap, and the issues that matter to one party aren’t prioritized by the other. The most vocal issues get the most attention, and the consumer dollar follows — and as these brands and independent artists reveal, cause-based commerce may be on the uptick.

For the fashion industry and its fellows, there’s an important message here. At the mercy of their customers, fashion and beauty brands should aim for the core — “authentic” generation Gen Z and the drivers, the “dominant force” for retail: Millennials. In the U.S., Millennials are leading in spending in-store and online (74 percent share); impulse shopping (87 percent); and subscription box usage (31 percent), according to a recent study from First Insight, a customer-centric merchandising platform for retailers and brands.

But “hitting the core” may also mean that brands without definitive purpose participate in the discussion on generational issues. Speaking with Keval Desai, General Partner at InterWest, “sustainability” is what he believes will be the defining issue for Gen Z. As an early investor in brands such as luxury resale behemoth, The RealReal and minimal San Francisco-based Cuyana, a shifting consumer mind-set dictates the temper of commerce as a whole. Brands that capture this mind-set in their DNA are the ones that leak core values that matter to younger audiences. Even dedicated agencies exist for elevating the voices of issue-oriented brands, such as New York-based agency No. 29. 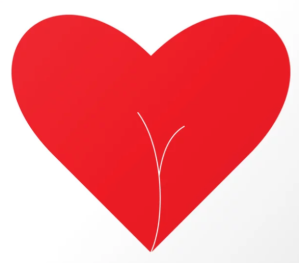 A print listed on Society 6 by New York-based artist Sara Moinian in response to the abortion battle.  Courtesy Image

Sara Moinian, an independent, New York-based artist and intern at the Museum of Modern Art, is one Millennial who took to art as a release and form of commerce-driven activism in the wake of recent strife caused by the abortion battle. Moinian punctuates her “I’m Angry” art print, (for sale on Society 6, an e-commerce platform for independent artists), with a dozen exclamation points in the product name, splitting all of the proceeds between the American Civil Liberties Union and Planned Parenthood in Alabama.

When asked if cause-based commerce can affect real change, Moinian offered the following: “If I make a shirt and give all the proceeds to an organization who is on the front lines fighting for said cause, that action itself is funding change.” Moinian highlights a penchant of the rebellious youth to become “walking political statements” hoping to align their political views, publicly, with their purchases. She added that, “I’m not saying a t-shirt is going to change the world, but at least it’s doing something.”

DoSomething Strategic, a youth-focused social impact consultancy, revealed 58 percent of young consumers aged 13 to 25 are “more likely to buy from brands that back a good cause.” The survey included 1,908 responses from its community members. Noting a consumer behavioral change, Mary Noel, director at DoSomething Strategic, cites young people as the “vanguards of this shift.” She mentioned the brands: Allbirds, Everlane and Adidas as examples of how the footwear industry can impact real change by taking a renewed interest in ethical sourcing and sustainable materials, as each brand has shown.

While some brands demonstrate core values on a product basis, others may weave issues such as environmentalism into their core ethos. Apparel and accessories brand Sand Cloud’s mission is marine conservation. Sand Cloud boasts more than 250,000 brand ambassadors making conscious acts, as well as contributions, to the cause when shopping at the brand. “We have supporters who sign petitions to end off-shore drilling, who educate others on the danger of single-use plastics and who participate in beach cleanups. All of these actions make a tangible, positive impact,” said Brandon Leibel, the cofounder of the apparel and accessories brand, which also donates a portion of all purchases to marine conservation charities.

Praised for its company core values, Zappos’ head of charity, Steven Bautista, believes “cause-based commerce can definitely make a difference.” He added, “It’s difficult for sure, but I believe in the power of businesses doing good. Each organization has to define success and that may lead to setting unrealistic expectations, but I think that as long as we stay in touch with the needs of our customers and the communities we’re serving, then we can create a real impact.”

From a Stateside perspective, there’s a potent landscape for retailers and brands to take a stance on key issues plaguing the consumer’s thoughts, or risk losing loyalty altogether.