The opening weekend for the company’s first store in San Francisco’s Haight District was nothing short of a success, garnering a line that wrapped around the block. 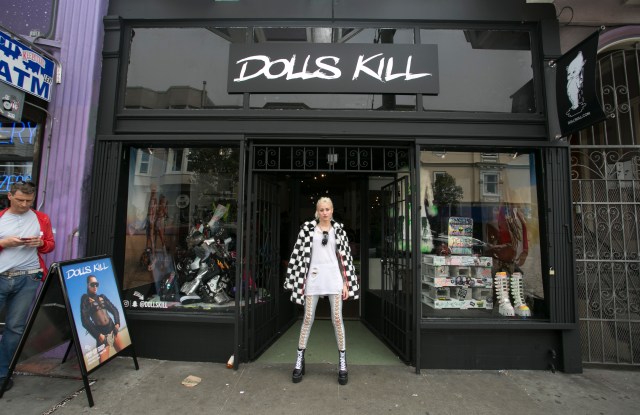 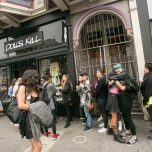 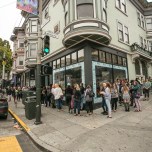 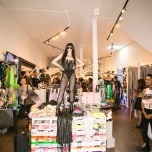 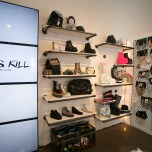 The multibranded e-tailer he founded with Shoddy Lynn bowed its first store in San Francisco’s Haight District, generating crowds and an endless line out the door throughout the opening weekend. If it was any indication, the store could be a harbinger of things to come for the San Francisco-based brand.

The company declined to say how many people walked through its doors over the weekend, but Farahi said staff were metering people into the store throughout the two days.

“It was really interesting and blew my expectations,” Farahi said. “We always felt the power of our fans and their sentiment toward the brand, but seeing them in person, at 8 in the morning lined up around the block, we’d never done anything in person before. Part of you thinks, ‘Hey, this day and age, the girl’s living on her phone and isn’t shopping’ and you hear all this, ‘Malls are dying and retail is dying.’ To see that, no, it’s not and you just have to approach it different and when your brand is strong, they do want to experience the brand in a physical form as well as the digital form.”

The 1,100-square-foot store is only a few days in, with plenty to be learned about the consumer through its anticipated closing after Halloween.

“We have a lot of learnings to do before we start taking this to more cities,” Farahi said.

For starters, what was popular in store over the weekend differed from top sellers online, the ceo pointed out, although he declined to get into the specifics of what was hot, saying it was too early to tell.

The company’s formula of being anti-establishment and what Farahi called an “I don’t give a f–k” attitude has helped it build a loyal following of what it characterizes as the “misfits and miss legits.”

No detail went unnoticed in the making of the store, with the aim to make it feel like a party, but not to the point where people can’t hear themselves talk let alone think about putting together an outfit. Store acoustics, to that end, was a big one, Farahi said.

The five-year-old company, which sells its proprietary labels as well as others on its Dolls Kill online site, recently raised $2.3 million from the Lewis Trust Group, which created and owns River Island. That latest funding round is being funneled into the company’s physical retail endeavor with Lewis Trust’s expertise in retail now being tapped as Dolls Kill considers its own future in the physical world.

Doing something in real life was always a consideration for the company, but the founders originally thought it would be more event-driven in the form of a party where people could socialize in much the same way they do on Instagram, for example. It turns out that experience can very well be had in the store and it happened over the weekend, Farahi pointed out.

“We knew we wanted our customers to interact with each other and that proved out to be true over the weekend. You’d see a girl walking out of a dressing room and then all of a sudden there were people talking about her outfit,” Farahi said.

The feedback outside of the store has been just as successful, with Farahi noting comments on social media that implies pent-up demand for an in-real-life Dolls Kill experience in Los Angeles, New York, Paris and other parts of the world.

“We know that we have the demand everywhere and that same level of interest that was in San Francisco — which, by the way, isn’t one of our big core markets — we can have in many, many places across the world,” Farahi said. “Now it’s just a matter of what is our strategy going to be as we roll out to other parts of the world.”

What that looks like and if it leans more toward a series of temporary shops or permanent doors is the question.

“That’s the big question that’s keeping me up at night,” Farahi said. “If you know the answer to that, let me know. That’s definitely something we need to answer in the coming months.”

For More on Dolls Kill in WWD:

Dolls Kill Readies for First Store in The Haight