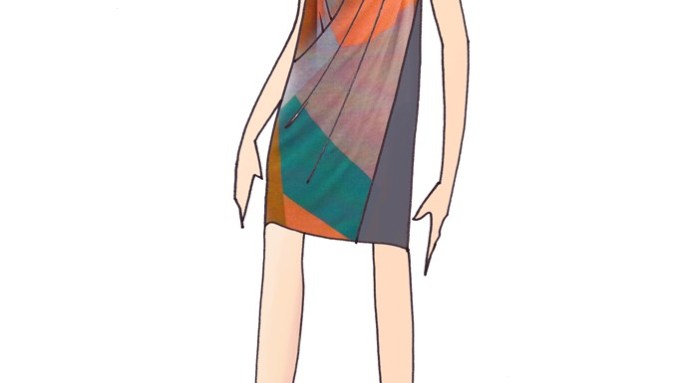 Now she’s next up in Macy’s guest designer series, but there’s no designing down for the masses. “The customer is very different from whom we’ve catered to before, but I really didn’t have to adapt. Macy’s wanted to keep the design level high. I didn’t feel the challenge was very different,” Chung said in an exclusive interview.

“We wanted her to keep to her DNA,” added Nicole Fischelis, Macy’s Inc. group vice president and fashion director. “It’s about her soft sinuous draping, how she works with jersey, her colorblocking. She has a very sensuous approach to clothing. It’s modern couture for the new millennium customers.”

Beginning Feb. 15, the Doo-Ri for Impulse, Only at Macy’s collection will be sold for about eight weeks in about 225 Macy’s stores and on macys.com. Chung is the fifth designer to participate in the company’s designer capsule collection series, which launched with Kinder Aggugini last February, followed by Matthew Williamson and Karl Lagerfeld, and continues with Giambattista Valli next week. The strategy is geared to draw younger and more fashion-conscious customers to Macy’s contemporary department, called Impulse, and cast a hipper halo over the store.

According to Macy’s officials, the series is resonating, and will continue at least through 2012 with other designers, though they would not disclose any beyond Chung.

In creating her Macy’s collection, Chung had a strong feeling about what would be right. “Women definitely want clothes that are versatile. I love pieces that you wear for day, and when you accessorize, become perfect for evening too,” Chung said.

Her Macy’s collection will feature a lot of what she’s known for, like draping, as well as jersey and detailed knitwear, and art-inspired prints. There are also short and maxi-length dresses, leggings, blouses, and trenchcoats, among other pieces. “I am always surprised women really gravitate toward my trench coats,” Chung said, though they seem to have become one of her signatures. Prices on the collection range from $39 to $159. Designing for Macy’s, Chung said, was “pretty labor intensive, involving a lot of elements.”

“Doo-Ri understands what women want to wear and how elements like fabric and silhouette can flatter the body,” said Jeff Gennette, Macy’s chief merchandising officer.

Chung, a Korean-American, launched her signature collection in 2003 after graduating from Parsons The New School for Design and working with Geoffrey Beene for five years. She’s received several prestigious design awards. Her most recent feather in the cap was dressing the first lady for a White House state dinner with President Lee Myung-bak of South Korea, with a vivid plum-colored, one-shouldered jersey gown, adapted from a runway look, and accented with a turquoise beaded belt.