Dooney & Bourke is the latest in a wave of American accessories firms sailing into the Asian market. 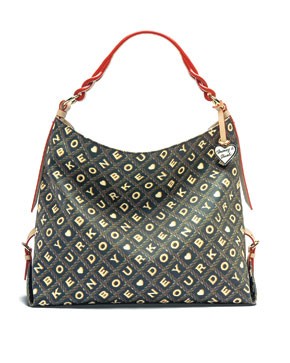 Dooney & Bourke is the latest in a wave of American accessories firms sailing into the Asian market.

The 33-year-old privately held leather goods firm opened its first store outside of the U.S. this month, within the Venetian Macao Resort Hotel in Macau.

Dooney & Bourke plans to open from five to 10 stores in Asia over the next three years, focusing on locations in Japan, South Korea, China, Hong Kong, Taiwan and Malaysia. Dooney & Bourke president Peter Dooney anticipates the Macau store will generate a minimum of $1,000 a square foot in sales annually.

But the brand also is remaining aggressive about expansion in its home market, where Dooney & Bourke expects to open up to 50 stores in mall locations across the U.S. in the next few years. The Asian and American stores will average 2,500 square feet.

The brand is also sold in stores such as Bloomingdale’s and Nordstrom.

“Asia is a key accessories market and one we have yet to capitalize on,” said Dooney. “We see it as a major growth vehicle for our brands.”

Dooney & Bourke is following many of its American competitors into the market. Coach, the $2.9 billion American accessories firm, entered Asia — with Japan as its first stop — in 1988 and has a booming business there. In fiscal 2007, Coach’s international sales including Asia were just under $800 million at retail. The brand’s sales in Japan last year were 57.2 billion yen, or $480 million at current exchange.

This spring, Coach will open a 9,500-square-foot international flagship in Hong Kong. The store is the company’s second largest in Asia.

Cole Haan, with a volume in the U.S. estimated at $450 million, is also expanding into the Far East. Cole Haan chief executive officer Jim Seuss named Japan, which accounts for 10 percent of sales, as a primary market and China as another country with growth potential. The brand recently opened in Singapore, Hong Kong and Macau. Cole Haan has 70 points of distribution in Asia, including in-store boutiques and stand-alone stores. The top-selling doors are in Tokyo, Osaka and Hong Kong.

Seuss said there are also opportunities in e-commerce for both Japan and China.

As for Dooney & Bourke, the new store concept unveiled in Macau was inspired by Dooney’s passion for classic wooden sailboats. Dooney commissioned his Connecticut boatbuilder to make a store prototype in his basement.

“Peter’s a very creative guy and has a lot of vision,” said Jeffrey Hutchison, whose clients include Barneys New York and Theory. “He loves boats, but he didn’t want anything too literal. [The store] has a modern sculptural quality, as well as a nautical quality. We wanted to make as much impact as possible.”

The store has a wall sculpted out of cherrywood slats, lacquered wood cabinetry with antique brass hardware, travertine marble floors and a vaulted ceiling.

Dooney’s bags run the gamut from colorful printed pochettes for the teen set to elegant zebra-print hobos for a more mature consumer. Bestsellers include the Chiara Bag in patent leather, which retails for $345, and the Hayden Bag, which sells for $500.