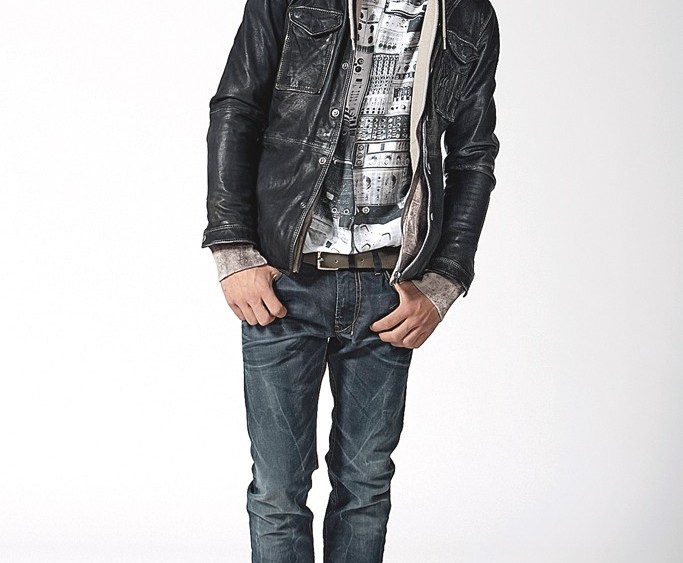 Men’s apparel continued its winning streak this holiday season, with sales increases expected to outpace women’s in the period — and e-commerce posting the biggest gains.

Early data from The NPD Group have men’s sales up 4 to 5 percent from Thanksgiving to the end of December, compared to a 2.5 to 3 percent boost in women’s wear. Men’s sales online will grow 15 to 18 percent, predicts the Port Washington, N.Y.-based research firm.

By category, sweaters, shirts, ties and accessories were key drivers in men’s, said Marshal Cohen, chief industry analyst at NPD. Outerwear had a slow start after Thanksgiving due to mild weather in many areas of the country, but picked up toward Christmas as retailers offered steep discounts on the category, such as 15 percent on top of 60 percent off at Macy’s.

“A lot of that was self-purchasing. Guys were shopping for themselves this year,” said Cohen, who noted 46 percent of all holiday purchases this year were self-purchases, compared to most years, when that figure is below 25 percent.

The luxury sector, department stores and specialty chains did well in men’s this holiday, while off-pricers struggled to lure shoppers who were drawn to the already deep discounts at department stores, according to NPD.

“The men’s business has been healthier than women’s throughout the year. Men are paying more attention to their wardrobe, as image is an important part of getting a job and keeping a job in this economy,” noted Cohen. “Look for retailers to spend more time, energy and money on rebuilding their men’s businesses going forward.”

Customer Growth Partners has even higher growth projections of 7.6 percent for total apparel sales during the holiday season. “It was the best apparel season in years — and men’s wear was the very best part of it,” said Craig Johnson, president of the New Canaan, Conn.-based research firm. “Men’s wear is very hot up and down the line.”

Among the factors contributing to this strength is the deleveraging of consumer debt, similar to the one that’s gone on with stores in the last three years. “It’s been a long time since we had a traditional Christmas with the three pillars of the season — apparel, toys and department stores — all strong, but that’s the kind of year it’s been,” said Johnson.

Among the online retailers reporting big sales jumps was Boston-based Karmaloop.com, with sales up 60 percent over last holiday. “Growth was really across the board — apart from jackets, because of the warm weather,” said Greg Selkoe, founder and chief executive officer of the streetwear e-tailer, pointing to top-selling brands like LRG, WeSC, G-Star, Crooks & Castles and Obey. Footwear was also a key driver, with Palladium boots, Doc Martens and Sebago styles doing particularly well.

The company discounted heavily over the holiday, which depressed margins but made up for the thinner profits with a big boost in volume. “We were very aggressive, and margins were slightly below what we would have liked, but our volume was great,” said Selkoe, who owns Karmaloop with private equity firm Insight Venture Partners.

Karmaloop offered both tiered sales, with bigger discounts for larger orders, as well as free shipping guaranteed by Christmas on orders over $150, including those that required overnight shipping to make the date in time. “We took a little bit of a bath on the shipping costs, but it gave us a big advantage by leveling the playing field with brick-and-mortar stores,” explained Selkoe. “We had a very sophisticated model of how many orders we needed to make up for the shipping costs, and we far surpassed what we thought it would it do.”

A similar surge in traffic and orders hit Bonobos.com — so much so that the site experienced severe operational difficulties the week following Thanksgiving and was completely down on critical Cyber Monday. “We were expecting three times the traffic as last year and we got four to six times the traffic,” said Andy Dunn, cofounder and ceo of the company.

The site was slow and worked sporadically for some, others were charged multiple times for their orders and others couldn’t access the site at all. The major glitch was a blow to Bonobos, which prides itself on its top-notch customer service and user experience, but the company stabilized the site by early December and offered rain checks to all customers who weren’t able to access its Cyber Monday deals of 20 to 70 percent off various categories.

With the site up and running smoothly, Bonobos implemented a number of initiatives during the holiday to boost sales, such as partnering with GQ to curate a holiday gift guide on the Bonobos site. To cultivate and reward its Twitter following, the company conducted a promotion from Dec. 13 to 17 in which it tweeted clues to daily riddles and shoppers who answered correctly were given progressively larger discounts as the week went on, culminating in a discount of $120 off any $200 purchase.

Amid the sea of promotions this month, Diesel avoided those ploys and emphasized full-price selling for most of the season, only breaking major sales the week before Christmas. The strategy resulted in lower traffic, with drop-offs in the high-single digits as shoppers gravitated toward stores trumpeting steep discounts.

However, a focus on innovative merchandise and an investment in customer service led to an increase of more than 20 percent in conversion rates of shoppers and higher average transactions. Overall, Diesel’s 37 full-price and nine outlet stores posted men’s sales growth in the double digits this holiday, with women’s doing even better, with sales gains of over 35 percent over last year, according to the company.

“When everyone is discounting and promoting, you either follow the trend and get on the bargain train or you take your own strategy and protect the brand,” said Cristiano Quieti, ceo of Diesel USA. “We have invested in improving customer service by recruiting higher-quality staff and giving them a lot of product training and customer service training.”

Denim and leather jackets were a key seller at Diesel, despite price tags from $700 to $1,000 on the latter. “We put leather on the mannequins and in the windows. What we did was make the product the hero at the entrance point. Sometimes beautiful things get lost in the store when you have a lot of different messages [from sales]; you don’t make the product a hero,” said Quieti.

The limited edition Jonathan Adler polo was a big seller at Lacoste stores this holiday, as shoppers sought out unique merchandise as gifts. Men’s was the key driver at the brand’s 70 full-price and 40 outlet stores, with sweaters, wovens, outerwear, footwear, fragrance and cold weather accessories boosting sales. Lacoste’s classic polo was flat, however, as winter is a slow season for the spring-summer staple.

Overall, Lacoste sales were up 34 percent on a same-store basis, with traffic up 7 to 8 percent and conversion rates and average units per transaction both up 25 percent. “This is the best holiday season ever for Lacoste. Business has been insanely good for us,” said Steven Birkhold, ceo of Devanlay US Inc., which holds the Lacoste license for apparel and accessories. “Our sales staff is having great success converting more shoppers who walk into our stores, and those shoppers are buying more items, especially add-ons like fragrance and accessories.”

Birkhold noted that Lacoste and other retailers are benefitting from warm weather in these days following Christmas, versus the massive snowstorms that shut many stores last year in the same period. That has particularly helped the outlet business, as those stores are often located in outdoor malls.

Larrimor’s in Pittsburgh was not impacted by the snowstorm last year and posted sales this holiday equal to last year, with a 2.5 percent increase in sportswear offsetting a 1.5 percent decline in clothing and furnishings.

“Traffic was down a little bit, but we’re in the business of quality merchandise, and even with the stock market fluctuating, we followed up a pretty solid fall season with a good one for holiday,” said Carl Slesinger, chairman of the specialty retailer. “Unlike a lot of people in the East, we didn’t lose a day to the weather last year, so we considered meeting our numbers a positive accomplishment.”

He noted that, having gone through “a difficult period” during and immediately after the recession, the store has benefited from a more disciplined approach to its operations. “We’ve been able to increase our turns and margins,” Slesinger said. “We no longer have a room full of suits that you bring on the floor as needed. It’s better to be surprised by the need for goods than wondering how you’re going to sell what you have.”

The site has posted double-digit sales growth each month since its launch in August, a trend that gained momentum in December, according to the company. The site aimed for a more conservative markdown cadence than traditional retailers, said Auerbach, but did experience a sales lift once price cuts went into effect. Like many retailers, Park & Bond amped up promotions following Christmas and is now advertising 70 percent discounts on some products. Similarly, Barneys New York, Neiman Marcus and Saks Fifth Avenue are all flogging designer merchandise at 60 percent off on their Web sites.