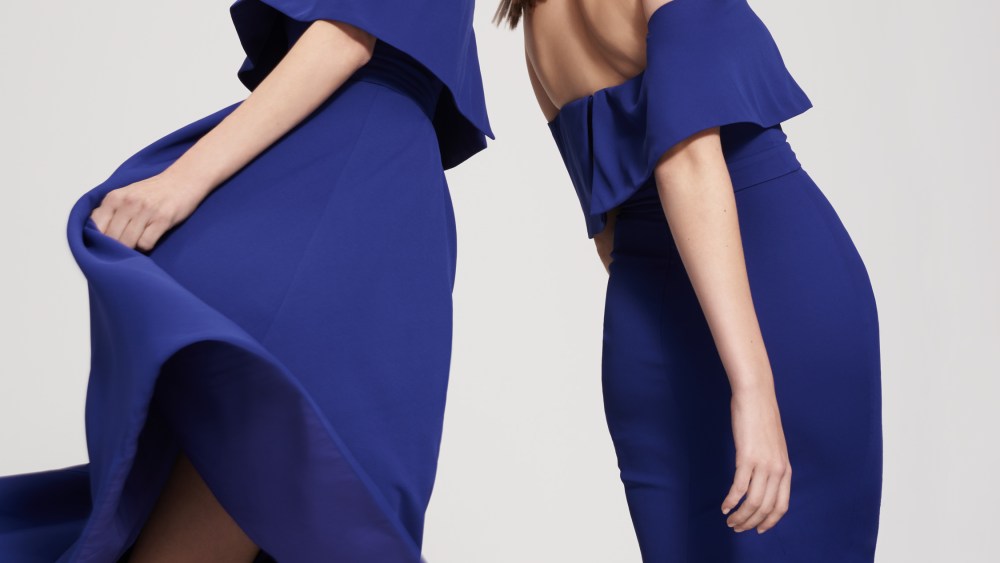 It didn’t take long for the Fame and Partners team to catch on to what their next business tactic would be after noticing more and more customers tacking custom trains onto their dress purchases.

Started in 2013 in Australia, Fame and Partners began as an online shop where anyone could order a custom dress selecting things such as style, fit, fabrication and more. The company on Tuesday enters the bridal fray with the launch of its bridal and bridesmaids collections, along with the Wedding Atelier App.

Fame and Partners thinks its offering will be welcome against off-the-rack options by supplying what many seem to want these days: choice and product tailored to individual needs.

The company already saw success when it tested bridal last year with a series that offered more options in white along with other customizations specifically for a bride. A styling service that launched last year was also found to be popular among brides which gave the company confidence that it could succeed in a market that’s already serviced by a growing roster of digital brands including Vow To Be Chic in Santa Monica, the now Gap Inc.-owned Weddington Way of San Francisco and, for the grooms, there’s Santa Monica-based The Black Tux and Combatant Gentlemen of Irvine.

“The standout differentiator for us is that we are the only brand with an on-demand manufacturing system,” said chief executive officer and founder Nyree Corby. That means a heavily customizable garment that could cost as little as under $200 at the bridesmaid level.

Corby, a serial entrepreneur, has a résumé that also includes founding a consulting company and digital services business as well as working at Crescendo Capital Partners and Spark Capital.

Options for Fame and Partner brides total 22 looks, two of those jumpsuits, ranging from about $499 to $1,299. The company’s classified the styles into four groups: boho, rebellious, classic and modern. Bridesmaids will have eight styles to choose from and options to customize those looks including fit, skirt length, colors and fabrication to total 40,000 possible combinations.

The Wedding Atelier App will serve as a mood board and community forum of sorts for the bridal party, allowing each person to customize their own looks, chat about what styles the group likes best and then make purchases. New tweaks and features will be rolled out to the app over the next six months, Corby said.

She estimates bride and bridesmaids orders combined could grow to be about 20 percent of overall company revenue amid what Corby said is rapid growth across the organization amid expansion of women’s contemporary options and a more diversified supply chain.

Fame and Partners last year closed on a $7.6 million Series A round, led by FirstMark Capital and Upfront Ventures, which allowed the company to relocate from Sydney to new headquarters in downtown Los Angeles, make key executive hires and expand its customization options.

This year is expected to be another big one as the company looks to launch a shirt shop in July and will also release a skirt capsule collection. In August the company will launch two showrooms in flagship locations of a yet-to-be-announced, major department store in Australia. Fame and Partners will also launch a custom shop in partnership with what Corby described as one of the “big Millennial, e-commerce brands here in the U.S.” She couldn’t disclose the name of the partner other than to say the company has a Los Angeles showroom that’s used for influencer events, where Fame and Partners will have its own pop-up space.

“The business was really founded in response to a bunch of market thematics around women’s wear generally and how wasteful it is in particular,” Corby said, saying Fame and Partners is increasingly focused on the supply chain and promoting a way of shopping that, she said, doesn’t “promote rampant consumerism” and is about creating “a seamless wardrobe experience.”