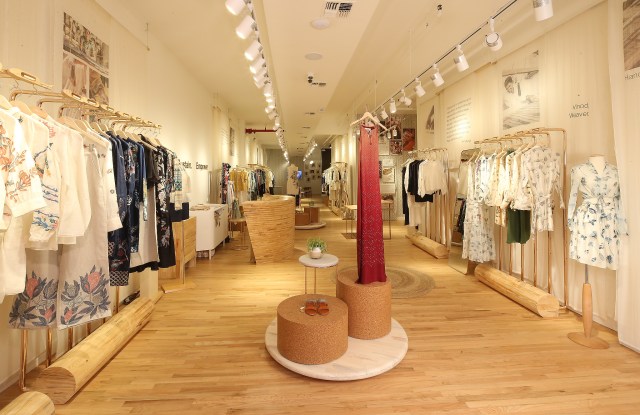 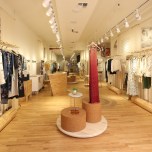 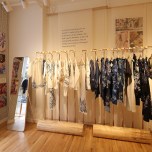 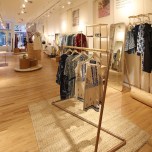 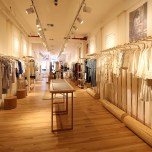 NEW YORK — Anita Dongre might be a successful and widely known bridal and ready-to-wear designer in India, but she admits she’s hardly known in the U.S. She’s hoping to change that with her first freestanding store here.

Dongre, who had just flown in Friday morning from India, said that opening a permanent store here was a risk she was willing to take. “I’m not well-known. Among the Indians, yes, but I don’t think I’m known at all among the Americans,” said Dongre, the chief creative officer of design.

Widely admired in India, the 54-year-old Dongre has dressed the Duchess of Cambridge, Hillary Clinton and Sophie Grégoire Trudeau on their visits to India. Last spring Dongre was invited to Buckingham Palace to meet Queen Elizabeth II as part of an Indian cultural celebration. In India, the designer has over 300 stores for her various lines, including four large bridal boutiques, including a 10,000-square-foot flagship in Delhi; four Anita Dongre stores, and three Grassroot by Anita Dongre stores, along with 750 shops-in-shops. In 2013, General Atlantic, which is headed by chief executive officer Bill Ford, made an investment in Dongre’s company, which generates $100 million in volume.

Last year, Dongre opened a pop-up shop at 484 Broome Street in New York for six months featuring Grassroot. Based on that success and her desire to bring her bridal collection to America, she decided to open a permanent store housing all her collections.

“I always wanted to be in SoHo,” said Dongre, who has come to America as a tourist every two years and now will visit every few months. Her 27-year-old son, Yash Dongre, will run the U.S. operation. Dongre said she doesn’t wholesale at all in the U.S. and her product isn’t wholesaled in Europe or other parts of Asia. However, she has an e-commerce web site. Dongre said she has no plans to open more stores in the U.S., but would be interested in wholesaling her collection in America.

The new SoHo flagship occupies three floors. The lower level is dedicated to ready-to-wear and men’s wear and has dark gray floors and traditional Indian tile-framed mirrors. The ground level is devoted to the sustainable luxury collection Grassroot and has natural wood floors and fixtures with brass hardware. The upper level houses the bridal and fine jewelry collections and has ornate display cases and an oversized swing for brides to contemplate their bridal gown choice. (There are also swings on every floor of the Mumbai headquarters. “Swings are calming,” said Dongre.)

Inspired by her childhood spent in the city of Jaipur, Rajasthan, the boutique reflects the region’s stately homes. The walls are decorated with custom-made black printed fabrics and pichwai-style paintings. Furniture includes handcrafted chairs and benches upholstered in custom embroidered fabrics.

The Grasssroot collection — expected to be the biggest seller at the SoHo store — features bohemian and embroidered tops, tunics, pants, jackets, dresses and scarves in cotton, silk and linen. Retail prices on Grassroot range from $70 to $500, with an average price point of $220.

“The whole idea of Grassroot is to give [women] employment in their own homes and not displace them,” said Dongre. The concept is to bring a livelihood back into the villages and make them a sustainable unit. “We make it more cool and contemporary. We have to contemporize it for young people today,” she said.

Grassroot works with non-governmental organizations and other organizations such as Self Employed Women’s Association, a trade union, to sustain the craft.

By empowering the arts and artisans, she said, they have helped change the way women are viewed by men, who now look at them with respect. She said she employs 850 women from several villages mostly concentrated in the states of Rajasthan and Gujarat. Grassroot apparel is hand-woven, hand-embroidered or hand-blocked. Crafts include weaving, embroidery and bandhani, a tie-and-dye art made by plucking tiny knots in a fabric to create a design.

“Hand-craft is slowly dying, It keeps the artisan communities alive. The only way to keep it alive is by sustaining the craft. There’s a big revival in India in reviving the craft. It’s not the job of one designer. It has to become a movement,” said Dongre.

Three years ago, Dongre moved into new 90,000-square-foot design headquarters in Mumbai that is eco-friendly. The building is designed to allow light and air to travel, they recycle water and have a composting pit, she said. “I practically live there. That’s my passion to be there,” said Dongre, who started the business in 1995 with her younger brother and sister, Mukesh Sawlani and Meena Sehra, respectively. The business employs 800 people at headquarters, including about 250 to 300 artisans. In total, Dongre employs 2,300 people throughout the entire operation.

Asked about her target Grassroot’s customer, she said,  “I’m looking for a customer in the U.S. who would love to wear hand-crafted design, who loves textiles and who would appreciate that what you get here is like nothing you would get in the entire United States of America. It’s so different, the product,” she said.

Dongre, who’s a vegetarian, animal lover and environmentalist, said she doesn’t work with leather, cashmere or wool and is a member of PETA. The fall line will contain mostly silks with some recycled wool coats. The store also carries fine jewelry created in Jaipur. Fine jewelry will retail from $3,000 to $25,000, and silver jewelry retails from $150 to $1,000.

While Dongre is well-known for her colorful bridal designs, she also does white bridal dresses, often embroidered with gold. She’s brought both to America. Her bridal gowns retail from $1,500 to $12,000. “Color is a big deal. Indian brides don’t wear white, they wear lots of bright colors,” she said. White is what women wear to a funeral in India.

The colorful bridal collection is geared to the Indian bride who lives in America and doesn’t want go there to shop. For years, Indian women living in America have traveled to Dongre’s stores in India to have their bridal dresses made, and they return to India for fittings. Now that Dongre has a SoHo store, brides can have their appointments in New York. If a customer places an order for a gown in the U.S., it will be made in India and shipped here. Fittings will take place in New York.

“I was the first Indian designer creating pockets in beautiful bridal skirts. I think pockets are so important. The embroidery looks very beautiful but it’s extremely light also. It’s not very heavy and doesn’t weigh you down. The brides are very comfortable dancing in my bridal skirts,” she said. The wedding line features hand-woven textiles from Rajasthan. Bridal attire includes gowns, lehengas, sarees, suits and jackets for women, and bandis, kurtas, jackets and sherwanis for men.