The online retail giant on Tuesday rolled out a major update of its Web site, including an eBay Today homepage. 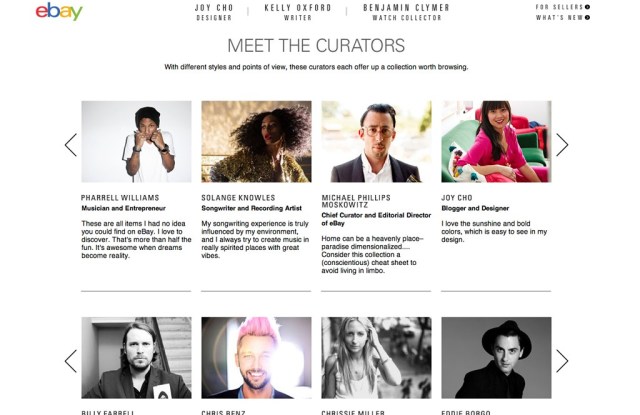 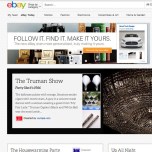 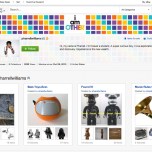 NEW YORK — EBay is taking a cue from the social media space.

The online retail giant on Tuesday rolled out a major update of its Web site, including an eBay Today homepage, during an event at Industria Studios here.

The revamp has a host of features designed to harness social interactions, including a personalized experience that allows users to mix and match products and create collections, maintain profiles and “follow” other users and curators through a feed. The initial curators include everyone from Pharrell Williams to Chris Benz.

“We’re giving people the ability to collect, share and connect with the community, and that’s important because eBay is an enormous store,” said Devin Wenig, president of eBay Marketplace.

The site has 500 million items for sale at any given time.

“The community and tastemakers give people a filter through which they can look at our inventory,” Wenig said.

The site has continued to expand and innovate — from updating its logo to adding inventory and introducing eBay Now’s local shipping services. The next logical step was to add social functionalities.

The tools give eBay the characteristics of a social network, although commerce will remain the foundation of the 18-year-old online marketplace.

EBay can now leverage its e-tail strength, taking what social networks do best and applying that to its site to try to create a more engaging experience for its 124 million active users. For the first time, eBay will add editorial elements and have a point of view. The site has never enlisted curators to build branded collections before. The feed, which users see as their homepage, has a similar aesthetic to Pinterest.

Michael Phillips Moskowitz, eBay Inc.’s chief curator and editorial director, said the site will couple a “differentiated voice with rich visual narratives” in order to promote digital and the stores of affiliated retailers working with eBay.

Moskowitz oversees the eBay Today homepage, which is updated daily. Once they log in, they see a site that is visually tailored to their interests, collections and the other users they follow.

The company likened the homepage to a magazine experience.

“We’ve never treated this marketplace with a curatorial or hyper-selective eye,” Moskowitz said.

“It was kind of like the cure to missing out,” Williams said of discovering the online marketplace. He admitted that before really digging into the site, he thought eBay sold just used or old items. “I realized it was actually the exact opposite. I could find anything I was looking for.”

His collections have names like “Best.Toys.Ever.,” “All Draped Up” (containing items like a vintage Chanel scarf and silver microphone cuff links) and “Found It!” (including a rare edition of Dr. Seuss’ “Green Eggs and Ham” listed for almost $6,000 and a vintage Casio keyboard).

Williams has five “collections”— but Cho already has 17, primarily spanning art, design and fashion, much like her blog “Oh Joy!” at ohjoy.com.

Unlike Pinterest or other curation sites driven by social discovery, every item featured in a collection is available for purchase.

EBay chief technology officer Mark Carges described “collections” as more than just a mood board because the content is entirely shoppable. He explained that users can set up a profile page and “follow” influential users. Recommendations for other collections, members and interests that users might want to “follow” are based on behavior and prior personal selections, not past purchases. The collections structure allows for better visual merchandising with an engagement aspect (users are encouraged to follow and share with each other), and trending collections are displayed.

“People want to shop the way they want to shop. They want control and retailers have to respond to that,” Wenig said.