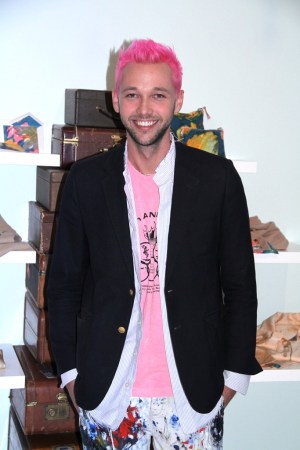 NEW YORK — EBay unveiled its designer collection of holiday 2012 gifts on Wednesday and it’s a compact, limited-edition array where everything is priced $100 or less.

The collection of men’s and women’s apparel, jewelry, travel and electronics accessories and home decor goes online Nov. 12 and marks the first time eBay is collaborating with a group of leading designers to create an exclusive collection. The giant online marketplace is not new to designer exclusives, however, having in the recent past worked with Derek Lam, Narciso Rodriguez, Alexander Wang and Rebecca Minkoff.

EBay approached Alan only a few months ago. “They asked me what would I like to design that’s outside my comfort zone and I told them I like technology,” recalled Alan. “Then they said could you execute any ideas in three weeks. Well, I said it’s not so crazy if it’s underwear, but leather goods are a little more involved.” Nevertheless, Alan delivered the goods, a set of leather iPad and composition book cases, bill folders and mobile phone shoulder cases, partly because he’s accustomed to collaborating. “I like it. I’ve partnered with Nike, Uniqlo and Levi’s.”

Benz designed what he called travel essentials including silk twill pajamas, cashmere T-shirts and scarves, and canvas clutches. “I travel a lot so this all made sense.” He said he’s no stranger to eBay. “I’ve decorated my apartment and my studio from eBay,” including purchasing a set of klieg lights that he used as props for his spring 2010 show and has on display in his studio on 37th Street.

“EBay gave us carte blanche but I really wanted to create something that wasn’t just boiled down from my collection,” said Smilovic. She came up with a long sleeve jersey sweatshirt with lace, a cotton sweatshirt with a lace penguin and a fake leather T-shirt lined in jersey. She said working at lower price points for eBay was a good lesson in using a different quality of lace, as well as cotton and jersey. For her regular collection, she typically works with silk and leather. Working with eBay, Smilovic said, has the Tibi team thinking about designing in different ways, and lower price possibilities.