A neighborhood on the edge of a transportation hub is becoming Millennial- and Instagram-friendly with new retailers and restaurants that understand the needs and desires of young residents.

By Natalie Theodosi on May 21, 2018
View Slideshow 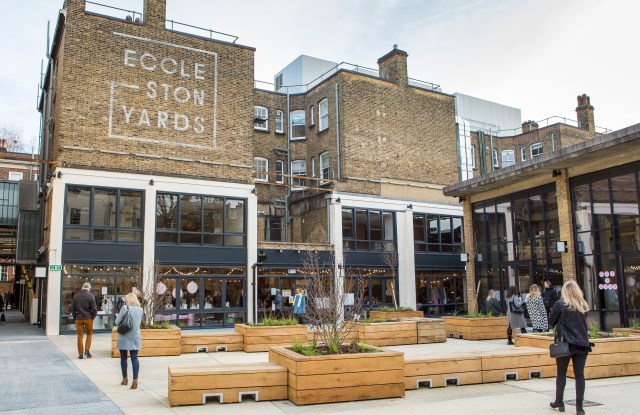 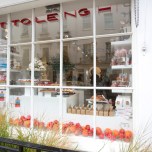 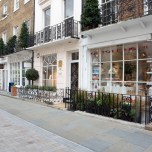 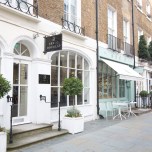 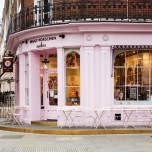 LONDON — West London has a new destination that’s being created with the needs of the modern-day consumer in mind.

Eccleston Yards, a bus station located minutes away from the city’s busy Victoria station, is being transformed into a retail hub, focused on offering interactive — and highly Instagrammable — experiences, as well as a remix of fashion, wellness and food that will cater to the lifestyles of the chic neighborhood’s local population.

Grosvenor Estate, the property group that manages the area, said the project was born out of a need to give an identity to a location that’s at the heart of so many areas within West London.

“Eccleston Yards is located in what we refer to as South Belgravia, which is so close to Victoria and Chelsea, and we’ve also got Pimlico south of here. It’s really on the cusp of so many different areas, so it’s important that it’s got its own identity that people recognize,” said Chrissy Cullen, director of marketing at Grosvenor, adding that due to its strategic positioning, the destination can appeal to both residents of Belgravia and Chelsea, as well as commuters arriving and leaving Victoria station daily.

In order to build a distinct identity for the site, Grosvenor targeted brands from across the wellness, beauty, fashion and food and beverage sectors, with a focus on “young, creative, enterprising individuals,” Cullen said.

“We worked hard to get exactly the right branding,” she added. “Everything has to be complimentary. We’re conscious that if you get even one wrong tenant, suddenly the whole unit doesn’t work.”

One of the first companies to take residence inside Eccleston Yards was cult fitness studio Barry’s Bootcamp, which operates three existing studios across London. The studio quickly brought a crowd of hip, young professionals to the area who are also looking for places to eat and get post-workout pampering.

Grosvenor tapped a series of restaurants to serve the needs of Barry’s Bootcamp enlistees and others. There’s East London-based Jones Family Project and Tart London, which has a reputation for catering healthy menus for the fashion community. Tart’s space will come feature a café, restaurant, event space and photography studio.

The Danish beauty and lifestyle label SMUK has also opened its first London unit at the site replete with a beauty and salon offer. Next door to SMUK, Re: Mind studio offers drop-in meditation sessions.

“You need that relationship between better-known brands and newer names opening their first and second stores. We’ve been trying to get that balance right,” said Joanna Lea, director of retail at Grosvenor.

In terms of the site’s fashion offer, Grosvenor wanted to highlight new retail concepts and young talent. Among the brands is Tailor Made, a young label that started in Shoreditch and provides affordable men’s tailoring using 3-D scanning technology. 50M, a concept store, offers young designers an opportunity to rent a retail presence by leasing in-store rails by the meter on a daily or monthly basis.

“It’s all about supporting young design talent,” Lea said. “Someone who just finished designing their graduate collection at a major fashion college might be looking for a physical retail presence, but can’t afford a pop-up. They have the opportunity to rent a rail here.”

The site’s central location and yet laid-back, inviting atmosphere lends itself to younger, more experimental designers or modern businesses such as Tailor Made, which began by establishing a presence in the hipper East End of town and is now looking to expand its presence, while staying true to the brand’s character.

One of the first projects spearheaded by Grosvenor to mark this new extension to South Belgravia, is the launch of “Belgravia in Bloom,” a yearly tradition coinciding with the city’s Chelsea Flower Shower, which sees storefronts being decorated with lavish flower displays and brands hosting a series of consumer events to celebrate.

This year, the theme of the initiative will be given a new twist by focusing on Frida Kahlo, since Grosvenor’s latest sponsorship of the Victoria & Albert Museum’s upcoming exhibition focusing on the artist.

More than 50 retailers will participate with Frida Kahlo-themed floral displays and exclusive products, there will be interactive workshops and installations, while a wall on Eccleston Yards will be painted by French street artist Zabou and will feature a gigantic floral headdress.

“It will make a great selfie wall, and hopefully it will be Instagrammed everywhere,” said Lea, pointing to the importance of creating interactive, social media-friendly experiences within retail.

“Elizabeth Street has genuinely been the starter for dressing shop fronts and really getting behind Instagram,” said Lea, pointing to the pink walls of pastry store Peggy Porschen, which gathers a crowd of young shoppers looking for photo-ops against its Instagram-friendly walls. “From our perspective we want the retailers to be as imaginative and as engaging as possible. The experience linking into social media exposure is absolutely critical for them.”