The bicoastal label, known for its gender-fluid style, will present a stand-alone men's collection in January 2020.

The new Eckhaus Latta shop is located on 980 North Broadway.

Eckhaus Latta has moved its Los Angeles shop to Chinatown.

“We wanted a bigger space that could accommodate all of our needs,” said designer Zoe Latta, who founded the label in 2011 with Mike Eckhaus in New York City. “In L.A., it’s possible to have a studio, a workspace and retail space together. In New York, it’s a lot harder because of real estate opportunities. For us, it’s just a bigger and better version. And it feels like a nice upgrade.”

The bicoastal brand first opened a location in Little Armenia in 2016, before relocating to Culver City. It is now on 980 North Broadway, which is open Wednesday through Sunday, noon to 6 p.m., and Friday and Saturday noon to 7 p.m.

“This one feels much more professional,” continued Latta. “We have a really visible storefront now…and we just know our customer a bit more.”

Who is the Eckhaus Latta consumer?

“Luckily, it’s a number of people, which I’m thankful for and excited about,” she said. “But they are definitely creative individuals that are open-minded. The majority of them, I would say, are young Millennials and Gen Z. But there are also people in their Sixties or Seventies who have a really interesting way of dressing and appreciation for design that are beloved customers to us as well.” 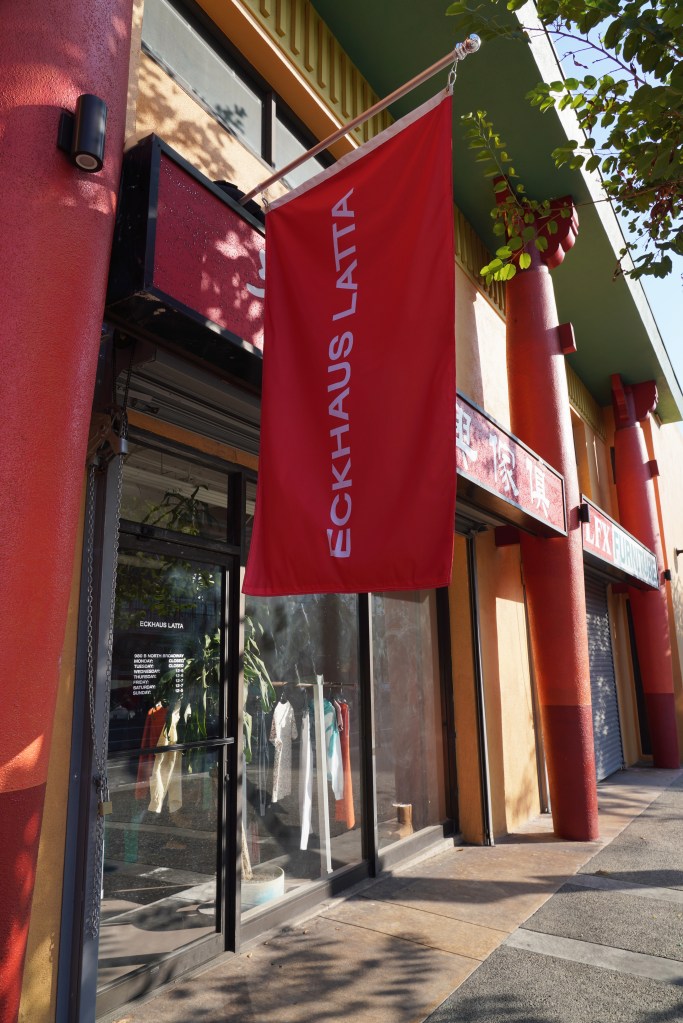 The designer duo, who show at New York Fashion Week twice a year, would happily showcase a collection in L.A.

“We talk and perhaps joke about it,” she said of producing a show in the city. “It’s a really exciting endeavor. There are so many spaces that are incredibly inspiring that would be very fun for showing. It’s just more about press….You know, Louis Vuitton is able to show here, because they can afford to fly out a bunch of press. We are unfortunately not in that position. But the events that we have done and do here are really exciting and rewarding for us.”

They’re no strangers to hosting L.A. events. Just last month, they gathered family and friends of the brand, which included the band Haim, for an intimate dinner in Montecito Heights to celebrate their recent partnership with Ugg. With the new store, they plan to utilize the space to present collaborations with artists across the arts, said Latta: “This is just the beginning of a lot of different things that we would like to do, including [having] musical performances.”

A new initiative for the brand, known for its gender-fluid approach, is introducing a separate men’s collection, she shared. Next fashion week, they plan to display the new line together with women’s.

“As a company and from a brand perspective, we haven’t really been interested in gendering our clothing,” Latta said. “It’s pretty obvious, especially from a wholesale perspective, how people buy clothes. And so, come January will be our first time having a solid stand-alone men’s….I’m excited about seeing how that shift changes our business and also our customer and how we get to communicate about unisex clothing or gender fluidity while still working with the system at hand in the fashion industry for men’s and women’s fashion weeks. There will be just more availability and options for men with kind of more masculine clothes within our collection.” 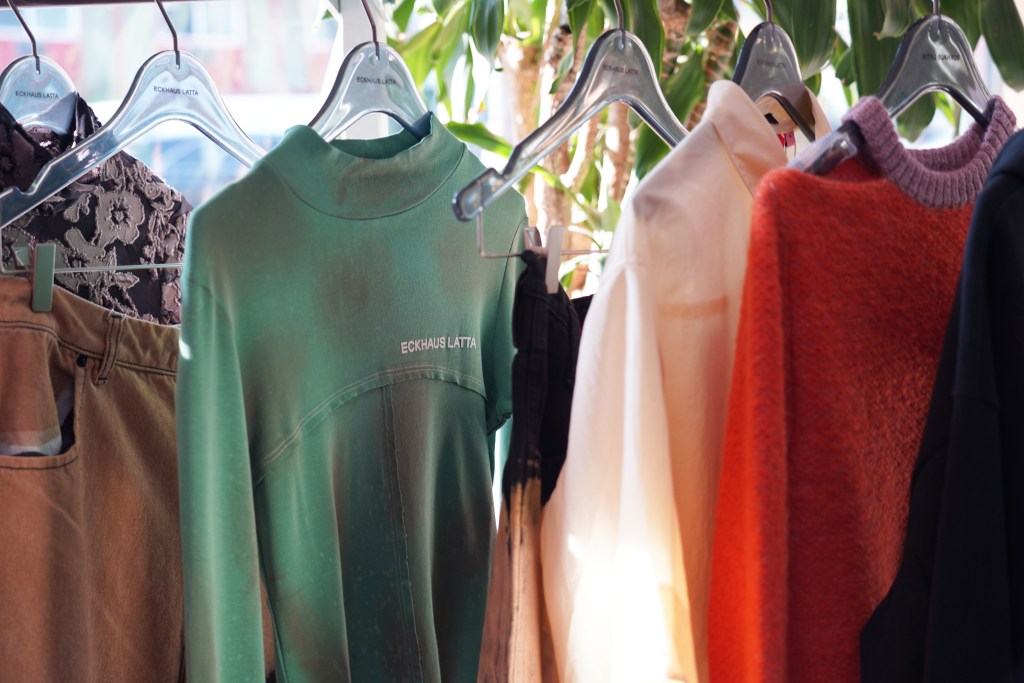