The Spanish eco-friendly fashion label is entering the Japanese market with plans to spread its sustainable commitment internationally.

MILAN — Fishing for fabrics? Yes, if Ecoalf has anything to say about it.

While many companies try to overhaul their supply chains to become transparent, eco-friendly and traceable to be in sync with the times, other businesses have committed to a green ethos since their launch.

The Spanish company sits in the latter category and has been ramping up an upcycling and recycling approach since fashion entrepreneur Javier Goyeneche founded it in 2009.

The fashion company, which operates flagships in Madrid, Barcelona, Malaga and Valencia, Spain, as well as in Berlin, is marking a step toward its international expansion as it revealed this week it has inked a deal with Japanese fashion company and distributor Sanyo Shokai to expand its presence in that country.

The first store under the partnership is to bow in 2020 in Tokyo, with a plan to implement an omnichannel approach encompassing the retail and wholesale networks, as well as an online platform.

Additional flagships in Amsterdam, Paris and Milan are also in the pipeline.

In 2017 Luxembourg-based investment fund Manor Group acquired a majority interest in Ecoalf, propelling its international visibility and growth. Goyeneche, who holds the president role, told WWD that Ecoalf expects to close 2019 with revenues of between 18 million and 20 million euros, compared with 6.5 million euros in 2018.

In the wake of the positive momentum, Goyeneche recalled that setting up a green supply chain was no easy task back when the label hit the market in 2010. “There were no cool recycled fabrics so I had to spend from 2010 to 2013 traveling around the world setting up joint ventures to develop those fabrics,” he said, adding the company has developed 360 different materials so far.

These include post-industrial recycled cotton, wool and nylon, as well as recycled tires and an innovative yarn derived from plastic bottles coming from the bottom of the ocean.

“The level of contamination of those bottles is four times more than the land’s and the level of the yarn is very much related with the polymer, …so there was a lot of R&D behind it, to be able to make those fabrics from the ocean with that quality,” Goyeneche explained, adding the company faced similar issues with recycled cotton, which resulted in short, uneven and unstable yarns harder to work into lightweight fabrics. Using post-industrial recycled cotton allows the company to avoid dyeing and employs only 8 percent of the water used to wash raw cotton.

In a few months’ time, Ecoalf will debut a fiber crafted from 55 percent recycled cotton and 45 percent organic cotton and it’s also challenging itself to develop a sustainable outsole for its collection of sneakers, now made of 100 percent ocean waste. In addition to an upcycling approach, Ecoalf is committed to fabrics that are naturally sustainable and not necessarily recycled, such as hemp.

Sustainability also informs Ecoalf’s positioning, which is core to the brand’s success, according to Goyeneche. “We talk about ourselves as an urban, streetwear company…we like to think about ourselves as quite timeless, we believe also when you design you have to try to be sustainable. We’re very aware that products that are too fashionable convert quite easily into waste, so we try to have a design that is more timeless and casual,” the company’s president explained. Ecoalf’s offer includes men’s, women’s and kid’s wear.

A recurring claim on Ecoalf’s designs reads “Because There is No Planet B,” which according to Goyeneche clearly illustrates the company’s values. “I don’t want Ecoalf to be a storytelling company, I want it to be a story-doing company. That’s why we don’t talk about the problems in the oceans, we take one ton of waste out of the ocean every day, we really want to get involved in projects,” the executive noted. 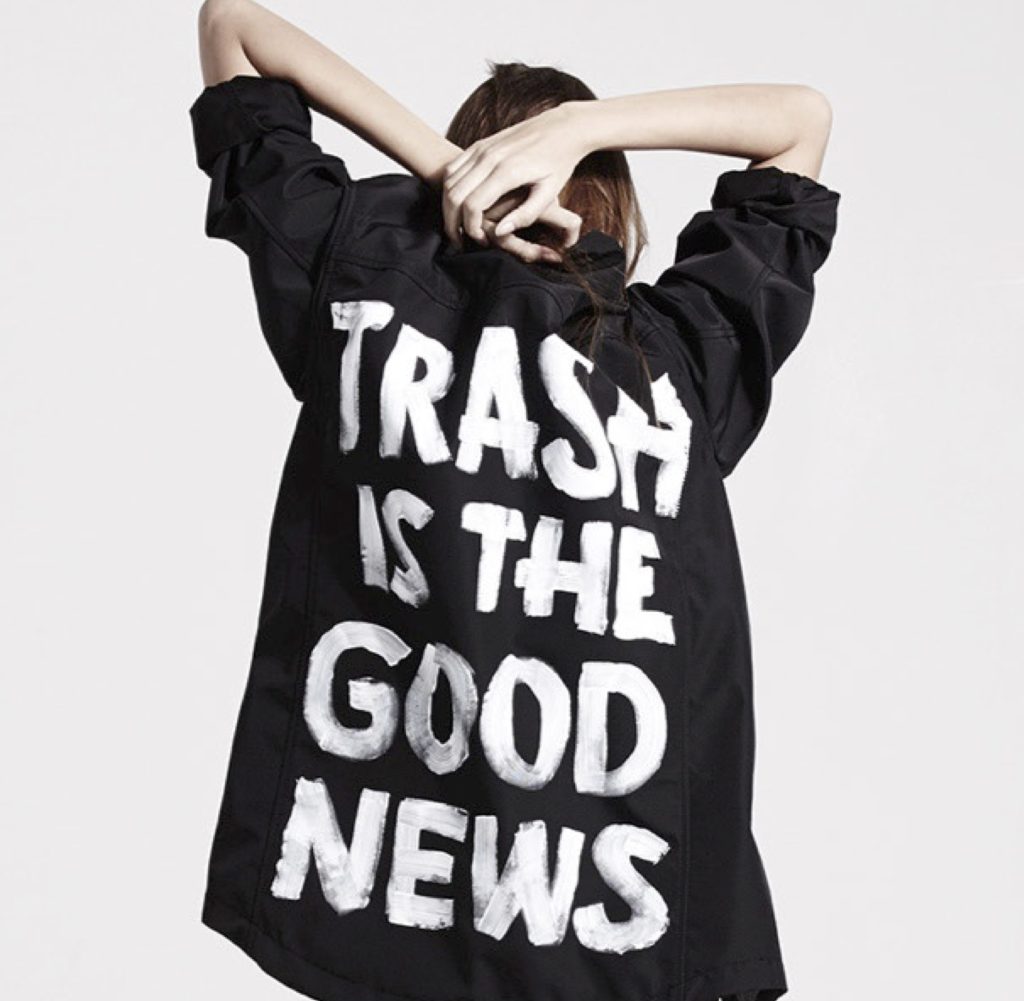 A T-shirt from Ecoalf.  Courtesy Photo.

“It’s the most important audit you can get, because it’s very global, it’s not only about people, fabrics, or transport, it’s about everything. They measure all kinds of different aspects of the company,” Goyeneche said.

Ecoalf also gained the Global Recycle Standard certification across its entire supply chain. “It’s been a difficult process because we keep on moving to new categories, we’re always a bit behind because it takes time to get the new suppliers [aligned with GRS],” he mused.

Upping the ante on its sustainable commitment, in 2015 Ecoalf established a foundation and started the “Upcycling the Oceans” project aimed at reducing the amount of waste polluting the sea. The program is operating in Spain and Thailand, but Goyeneche revealed the company is in talks with fishermen from Italy’s Tuscany region, Croatia, Lebanon, Greece and the South of France. The retrieved waste is then employed to manufacture a range of Ecoalf’s yarns.

“It’s very important to say that fishermen in Spain don’t get paid…I was telling the fishermen this was up to them, they could fish that waste and throw it back to the ocean or they could put it in these containers and take it to the port,” explained Goyeneche, noting the foundation operates in 37 Spanish ports, involving around 550 fishing boats and 3,000 fishermen for 150 tons of waste collected each year.

In 2017, the government of Thailand contacted the Ecoalf Foundation to kick off a similar initiative there. In the South Asian country, the foundation works with local beach-cleaning associations and the scuba-diving community. “They have an amazing waste problem. We did a trial test with 1,000 divers one year ago and we took 7.5 tons of waste out of the ocean in one day,” Goyeneche explained. 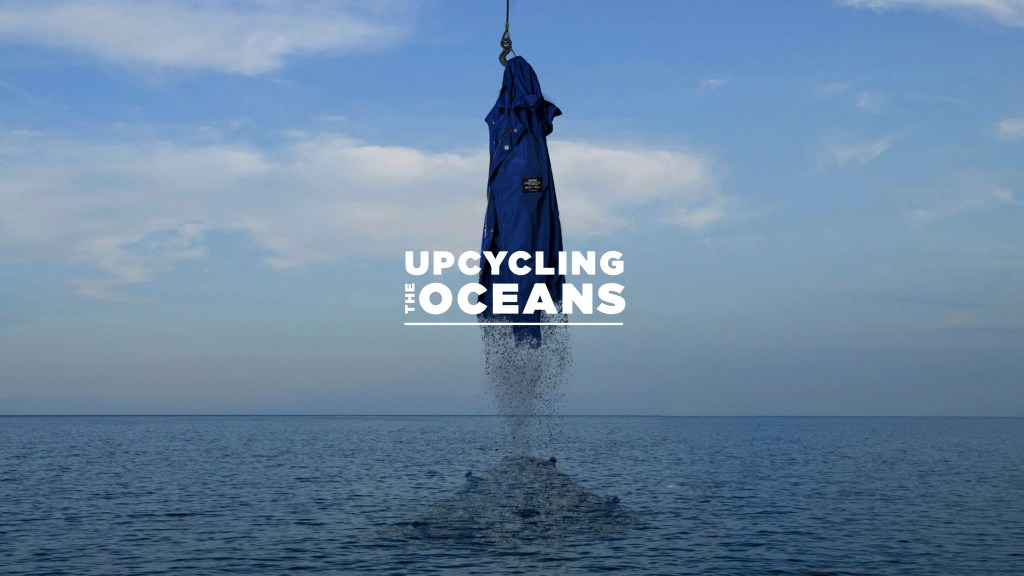 “We strongly believe that what you do is not enough anymore, how you do it is more important. Anybody can make a T-shirt, the problem is how you are making that T-shirt. Is that T-shirt creating any damage or is it trying to solve a problem?,” he questioned.

With 816 retailers globally, Ecoalf’s business is driven mainly by its wholesale network, 50 percent of which is concentrated in Spain. Northern European countries, such as Germany and Austria, represent strong markets, which according to Goyeneche could lift international wholesale revenues up to 60 to 70 percent of the company’s turnover. The brand’s e-commerce platform now accounting for 7 percent of sales is a strong focus as the goal is to increase its quota to 12 percent.

“We can’t keep on selling T-shirts for 3 euros which use 3,000 liters of water and end up in the landfills in less than two years, because there’s not enough water, not enough space, not enough land. I think we need to start reacting because the amount of waste we’re creating is absolutely impossible for the world,” Goyeneche concluded.