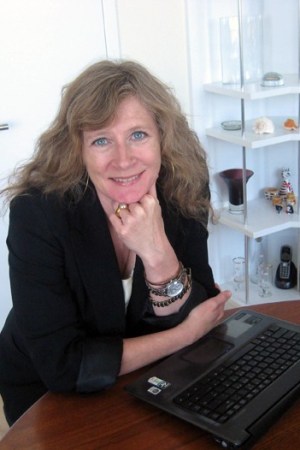 Print publications may be challenged in this economic environment, but editorial know-how is more relevant than ever for fashion and lifestyle companies, which now communicate directly with their customer, according to Maryellen Gordon, who in March incorporated her consulting firm, Stable of Content, and so far has worked for Michael Kors and Time Inc.

“It’s all kind of looking the same,” she said of the average online store. “There’s no personality, there’s no differentiation. There’s a huge opportunity to do things that are fun and clever. Why fall into a rut so quickly?”

Gordon is not the only former editorial staffer to reinvent herself as an expert on digital or social media strategy. At brands, social media is no longer the purview of twentysomethings hired directly out of college.

In March, editor Amina Akhtar left New York Magazine for iStyle Media, where she is editorial director and consults on social media strategy for brands. Annabel Tollman, previously fashion director at Interview magazine, tweets and creates content for eBay’s new fashion department. Caroline Tell, handles digital marketing at Michael Kors (previously she was an accessories market editor at WWD). Former Teen Vogue blog editor Naomi Nevitt is new media specialist at PR Consulting. Gordon, who was laid off from Glamour in October after 10 years, most recently as deputy editor, freelanced for publications such as Elle and The New York Times Magazine.

“They’re the new ‘it’ girls,” it’s the new power marketing job,” said Francine Davis Ballard, president and editorial director of online accessories store and marketplace Designersocial.com, who herself is a veteran of Lucky, InStyle and Jane magazines (on the publishing side). “Before brands wouldn’t touch this with a 10-foot pole, and now there’s a tidal wave rushing to social media.”

On sites such as Facebook and Twitter, it’s important to reach out and engage people in conversation and sharing, said Akhtar. “You want to be that friend’s page people come back to again and again,” she said. The payoff is a more loyal customer, she said.

“More and more brands are becoming their own little media outlets of sorts,” she continued. “It makes sense to have a fashion editor who’s been working for years on what works online and what doesn’t.”

Ralph Lauren, Tory Burch, Diane von Furstenberg, Levi’s, Free People and Rebecca Minkoff are some of the brands that are widely admired for their online presences. Gordon notes many of them also have strong online businesses.

Brands should guide and help the consumer more and change their sites more often, just like they change the windows in their flagship, Gordon believes. Promotional e-mails should not merely say, “Yellow pumps are here,” but should tell the customer why they’re important and how to wear them. “The shoe that will update everything in your closet is here” or “Five reasons you need yellow in your wardrobe this season” could spur sales, she said.

Brands could ask their sales managers in different cities to blog for a few days about what’s hot in their area, what people are listening to and where they’re going.

Above all, “brands should keep an open mind,” said Akhtar. “It’s not marriage. If it doesn’t work, they can take it down.”