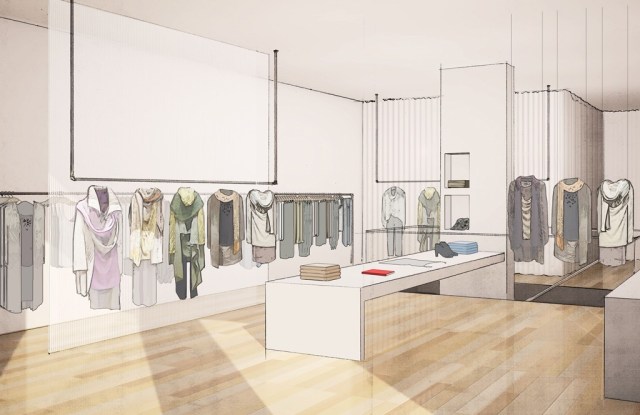 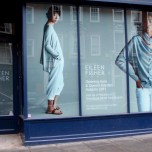 The $310 million women’s sportswear brand, which currently does 90 percent of its business in the U.S., plans to unveil two stores in London this fall, with the goal of opening between 15 and 20 stores in the U.K. over the next five to 10 years, said Jim Gundell, co-chief operating officer. The first two London stores, which are directly owned by Fisher, are located on Marylebone High Street and St. Martin’s Courtyard in Covent Garden.

Additionally, the company has secured its first European wholesale account at Fenwick’s Bond Street in London, where the collection is housed on the first floor. Fenwick will be the exclusive distributor, until the freestanding stores open. Fisher also hopes to expand its wholesale business to stores such as Selfridges and Harvey Nichols. The company’s international wholesale distribution already includes Canada, Israel, South Africa, the Philippines, South Korea and Japan.

Explaining why London was selected for the company’s first overseas stores, Gundell said, “First, there’s a lot of synergy. There’s a common language and a consumer who appreciates our aesthetic. We also saw an opportunity in the marketplace to serve the U.K. customer with our concept of wardrobing and dressing. Our intention is to really build a serious business in the U.K., and add retail and wholesale accounts.” Whereas some brands view London as a launching pad to other European cities such as Paris, Rome and Munich, Gundell said Fisher aims to establish a strong foothold in the U.K. market. “We felt like we want to make a significant brand statement,” he added.

In the first two weeks that Eileen Fisher’s clothes have been on the selling floor at Fenwick, he said, “We’re beating our expectations. We’re 60 percent over target.” Given the strength of the pound against the dollar, many British consumers have shopped in the U.S. and have become loyal Eileen Fisher customers, he said. “There’s a stylish sophisticated ease to our clothes which is consistent with the U.K. sensibility,” said Gundell.

The Marylebone unit, at 1,300 square feet, will be two levels. The Covent Garden store, also two levels, spans 2,700 square feet. The stores are slated to open in late September or early October. They will feature Fisher’s apparel collection, as well as accessories (scarves, leather bags and belts) and footwear, which launches this fall. Other areas where the company is looking to expand include the Westfield White City Mall, as well as Wimbledon and Richmond.

Fisher’s collection is produced in China, Peru, India and Portugal. The Asian production will be drop shipped directly to the U.K., whereas the rest will be shipped from the U.S. Gundell hopes to raise Fisher’s profile in the U.K. with a London City bus campaign, as well as an aggressive public relations effort.

Fisher, which owns 54 stores in the U.S., is also looking northward for expansion opportunities. In a franchise agreement with SeCe Apparel, Fisher will open a store this fall in the South Granville neighborhood in Vancouver. The plan calls for opening between five and 10 stores in the Canadian market over the next five to 10 years, he said. The company has targeted cities such as Vancouver, Toronto, Montreal and Calgary for retail expansion.

In Canada, the company has begun selling two locations of The Bay (Vancouver and Queen Street in Toronto). Eileen Fisher already wholesales its collection to nine locations of Holt Renfrew, its largest Canadian account, as well as several specialty stores.

In addition to expanding its wholesale and brick-and-mortar operations, Fisher has started selling internationally on its Web site to customers in the U.K., Canada and Australia. The firm has partnered with FiftyOne, a global e-commerce firm that allows customers in these three countries to shop online using their preferred currency with guaranteed shipping costs. Fisher plans to launch a Twitter page and Facebook account later this month.