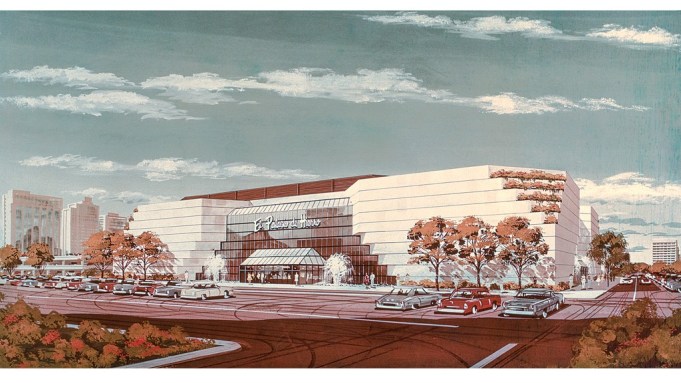 1888: J. Tron & Co., a partnership founded by entrepreneurs Joseph Tron and Joseph Léautaud, begins construction of a five-story building on the corner of what today is Venustiano Carranza and Avenida 20 de Noviembre in Mexico City. The store would be called El Palacio de Hierro, or “The Iron Palace.”

1898: The company changes its name to El Palacio de Hierro, and the partnership is born as an SA-structured company, the first of its type in Mexico.

1935: After a trip to Paris and New York, Hipólito Signoret (Joseph Tron’s brother-in-law) returns with a way to spur business in the midst of the global depressed economy: Show off the merchandise. The store is filled with light, and everything is on view to the customer. Columns are covered with mirrors, and glass display cases and glass counters are installed all over the store, allowing the merchandise to be completely on display for customers.

1958: El Palacio de Hierro issues its credit card, even before the banking system does.

• On March 25, the Durango store opens in the new Roma neighborhood, a wealthy enclave. It comes about as a result of discovering that luxury shoppers are no longer traveling to the Centro to shop.

1963: Signoret’s group contacts Alberto Baillères, who was visiting France and offers to sell the stores to his father, Raúl, a wealthy industrialist. A few days before Christmas, the Baillères family takes possession of El Palacio de Hierro.

1964: The Baillères family sets a new course for the retailer, including expansion and the new mission to become the best store in Mexico.

1964: To increase sales using both credit cards and coupons, transactions are automated using an NCR 315 computer. A promotional campaign asks: “Why carry so much money when you go shopping?” By the end of the year, sales increase 13 percent, and the upward trend continues after that.

1967: Salón Internacional is created, featuring top international and Mexican designers. Designers like Bill Blass, Manuel Pertegaz and couturieres from the house of Lanvin attend the opening to present their collections.

1968: Manuel Pertegaz and Lanvin present their collections outside the store in beautiful locations throughout Mexico City.

1980: Perisur is the first store to open under the Baillères leadership, making its debut on Nov. 17, in time for the holiday season. It also introduces to Mexico the concept of in-store boutiques. The new style of retailing is promoted as “more than a place, a magnificent experience,” offering customers a new shopping experience that includes lifestyle. Carolina Herrera attends the opening and presents her collection.

1989: Centro Coyoacán is the first shopping mall owned by Baillères. In addition to El Palacio, the mall offers 130 boutiques, restaurants, a food court and banking services.

1993: El Palacio de Hierro introduces bar codes. Logistics are changing along with how inventory and merchandise are managed.

1996: The now-ubiquitous “Soy Totalmente Palacio,” or “I am totally Palacio,” slogan is created by Alberto Baillères.

1997: The company’s store and offices, along with the headquarters for parent Grupo Bal, open in the tony Polanco section of Mexico City.

1998: The company opens its Satélite store, in metropolitan Mexico City.

2007: Yellow becomes the official signature color of the chain.

2010: El Palacio de Hierro Guadalajara receives an award from Euroshop Retail Design for being the best concept store in a department store category.

• The company marks its 125th anniversary with special events, a dedicated product line and a museum exhibition.