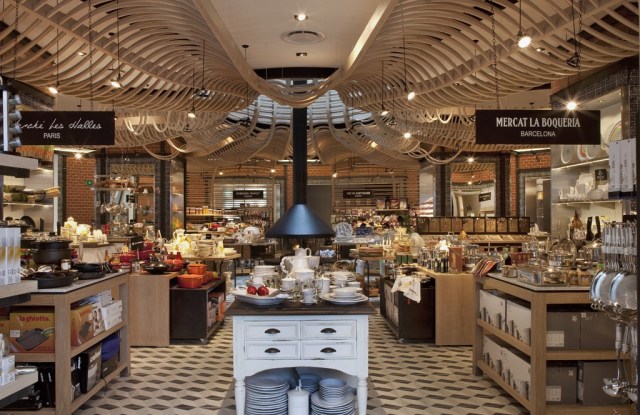 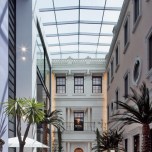 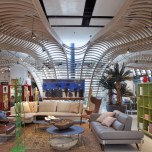 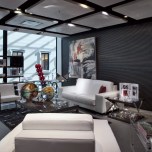 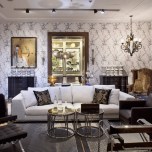 The 75,300-square-foot outlet, built in the mall’s recent extension, cost $10 million to build, and will sell more than 200 international brands.

Versace, Kenzo, Amboan, Roberto Cavalli and RL from Ralph Lauren are among the labels the fledgling store, which has an inventory worth $13 million, will carry exclusively and for the first time in Mexico.

The three-story outlet comes five years after El Palacio de Hierro inaugurated its first, 70,000-square-foot Casa Palacio in the city’s Antara mall. That store was followed by a 27,000-square-foot door in the beach resort of Cancun in 2010.

Casa Palacio’s director, Ignacio Reynoso, said sales in the Antara unit have risen 15 to 20 percent annually, showing that Mexican consumers are keen buyers of luxury furniture, and prompting the retail group to open a third outpost.

Speaking on the fringes of the inauguration event, Reynoso revealed two more Casa Palacios are in the works. The third store is likely to open in Antara del Sur, a shopping mall being planned in the south of Mexico City, in 2015. The fourth store will likely open in Guadalajara, in a planned extension of the Andares upscale mall, in 2016.

Reynoso said Casa Palacio strives for a “more integrated” service. It has 20 interior designers available to help customers fashion home decoration or remodeling projects, starting from or involving any part of their home.

Another service Casa Palacio offers is a VIP room where outside interior designers can take their clients to help them decorate their home, Reynoso said.

Casa Palacio was designed by New York-based architecture firm Jeffrey Hutchinson, which specializes in department stores. The building boasts five mini houses decorated in different styles to help customers find furniture and decorative items suited to their tastes. There are two modern houses — one inspired by a “classic international style” and the other based on famous Mexican architect Luis Barragan. The two other houses are also classic but inspired by Mexican colonial architecture. Finally, at the end of a small street where the houses are located, is a large “urban mansion” showcasing the store’s most luxurious offer.

The shop’s first floor features a kitchen surrounded by different street market corners (such as London’s Borough Market) selling an array of gourmet foods. Large sections of the main building’s ceilings are topped by curvy, wooden tree-branch structures aimed at conveying a feeling of nature and sustainability, in line with current global fashion trends. The store’s exterior is also lined by wooden planks as part of that same goal.

“Nature and sustainability is big in fashion now,” observed Reynoso, “and we wanted the store’s design to reflect that trend.”