Eloquii to Be Relaunched Online

To let the world know that the large-size line is back, there’s “a relatively robust marketing plan” involving public relations and blogger outreach. 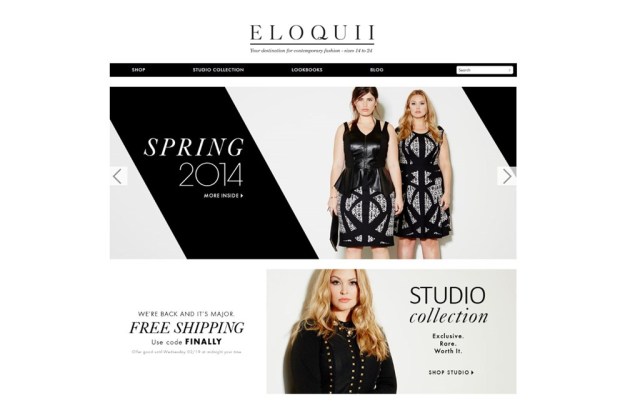 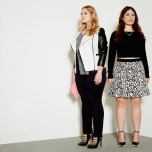 Eloquii, a large-size line that came and went pretty quickly, is back online.

This story first appeared in the February 20, 2014 issue of WWD. Subscribe Today.

Launched by The Limited in 2011 only to be shut down less than two years later, Eloquii is set to be relaunched today as an independently owned brand by members of the original team, including Jodi Arnold, the brand’s designer who is now creative director, along with private investor John Auerbach, a founding member of Gilt. It’s targeting what the team regards as an underserved segment: women age 20 to 40, sizes 14 to 24.

“The team really sees a significant opportunity in this business,” said Mariah Chase, the new chief executive officer. “Eloquii had been growing well, month over month. Customers were incredibly loyal. When Eloquii shut down, there was a real outcry, but it was a strategic decision made by Sun Capital Partners,” owners of The Limited.

“We’ll be launching with 110 styles and we will refresh the site every two weeks with 35 to 45 new sku’s [stockkeeping units],” said Arnold. She said Eloquii.com will offer a full collection of dresses, skirts, tops, sweaters, coats, belts, pants, denim, jackets and a small jewelry assortment, all designed in-house with more focus on trends than previously, and not as career dominant. Prices range from $18 to $198. The company will operate on a six- to eight-month design cycle “like a fast-fashion scenario,” Arnold said. “We will give her whatever the trends are without really thinking about the sizes. It’s all in the execution and how it fits.”

“We want to be a leader in fashion — period. It just so happens we are making clothes sizes 14 to 24,” added Chase.

To let the world know Eloquii is back, there’s “a relatively robust marketing plan” involving public relations and blogger outreach. Collaborations with designers and models are in the works, too. As an interactive social feature, customers can tag images of themselves wearing Eloquii, which is an invented name combining the words eloquent and soliloquy. The name was purchased from The Limited.

For now, Eloquii will be online only, though The Limited did open Eloquii stores and Eloquii shops inside Limited stores the first time around along with the Web site.