Eloquii, With Another Round of Funding, Maneuvers for Growth 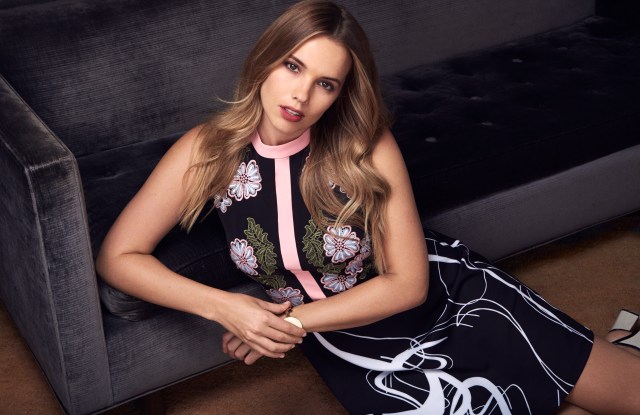 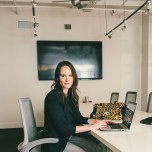 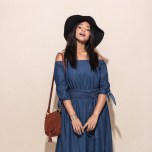 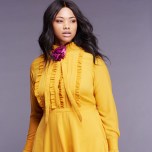 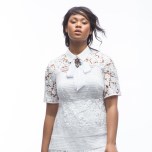 Eloquii, the privately owned, direct-to-consumer plus-size brand, has obtained a $15 million Series B round of financing to fuel growth.

The latest round comes on top of the $6 million in Series A financing raised in November 2014. Eloquii was launched in 2011 by The Limited, which shut it down shortly after. Two years ago, the brand was relaunched by the investors.

“We are going to be investing in technology, specifically mobile, and we are looking to invest across all of our teams, with a specific focus on technology and marketing,” Mariah Chase, Eloquii’s chief executive officer, told WWD.

Chase said the company has a goal of becoming “the dominant fast-fashion plus-size brand in the global market.”

Currently, Eloquii operates with 35 full-time employees; half situated in the Columbus, Ohio, headquarters, the other half based in Long Island City, N.Y.

Among other plans cited by Chase are investing in the catalogue, in content, and funding tests in categories, styles and sizes currently not sold by Eloquii. “We have some specific ideas based on data,” she said, declining to elaborate further on upcoming projects.

Brick-and-mortar is contemplated. “Our customer is asking for it,” Chase said. “That will definitely be part of our future, but it’s not on the immediate road map, not in 2016. We are still strategizing over the right time, the right places and the right way. We are looking at different concepts, like showrooming. The focus right now is on building our direct-to-consumer business,” which includes physical catalogues and eloquii.com.

Over the past several months, Eloquii has launched an e-magazine and its #XOQ hashtag, which allows customers to tag themselves to the company’s Web site. On April 15, Eloquii will introduce a capsule bridal collection, cobranded with Stone Fox Bride.

Mariah said that last year, Eloquii’s volume grew over 165 percent and this year “triple-digit growth” is expected again. She declined to specify how much volume the company generated last year, though the robust gains come off a relatively small base of business. Market sources indicated that last year Eloquii generated about $20 million in sales.

Eloquii targets women 20 to 40 years old who wear sizes 14 to 28. “Our customer wants to feel on-trend,” Chase said, noting that best sellers at Eloquii are no different from bestsellers at regular-size retailers. “If it’s a trend, it will sell,” regardless of the size, Chase said.

Current best-sellers are styles reflecting the Seventies and romanticism including chambray, off-the-shoulder looks, sportswear with ruffles and frills, cropped tops, and wide-legged pants. “We are fast fashion with high quality,” with monthly flows of new collections. In addition to apparel, the company sells wide-width footwear and accessories such as belts and tights.

There’s momentum in the plus-size sector, fueled by a surge in media coverage and industry innovations as well as changing attitudes about bodies and what’s beautiful. This week, plus sizes again were in the spotlight due to a brouhaha between actress Amy Schumer and Glamour magazine, which included Schumer in its special plus-size issue. Schumer complained she wasn’t a plus-size and didn’t know she would be included in the issue.

Last month, Ashley Graham, the plus-size model, launched her first ready-to-wear collection, called Beyond by Ashley Graham for the Dressbar shops inside Dressbarn. The month before, Graham appeared in the Sports Illustrated Swimsuit edition. She’s also featured in Lane Bryant’s current campaign “This Body,” and Lane Bryant has been collaborating with well-known designers to elevate its product offering. Lane Bryant and Dressbarn are divisions of the Ascena Retail Group.

“I think the digital medium has allowed this customer to have a voice,” Chase said. “Brands and retailers have started to respond in kind, but there is still a tremendous amount of work to be done. We are proud to be part of this development. In our view, it’s high time. Creative expression should not be delineated by size. Everything is fair game.”

Historically, the plus-size category was not very tailored, Chase said. “A lot of things were offered in 1x, 2x, 3x. Each of those would have encompassed two sizes. The fit was never really right. We spend a lot of time fitting every single piece. We are very customer-centric.”

Citing figures from NPD, Chase said plus-size women represent the majority of women in America, about 65 percent. Women’s plus sizes is about a $17.5 billion market in the U.S.

Over the past two decades, Acton has invested in more than 60 Internet companies, including such fashion industry leaders as Mytheresa.com, which two years ago was sold to the Neiman Marcus Group. As a result of this latest round of funding, Acton’s managing partner, Jan-Gisbert Schultze, will join Eloquii’s board of directors. “Eloquii has identified a formula to connect with the deeply underserved plus-size customer and forge a connection that inspires extreme loyalty,” said Schultze.