Brick-and-mortar outfits are building mushrooming e-commerce businesses despite having only a few — or even only one — store.

By Rachel Strugatz on May 5, 2014
View Slideshow 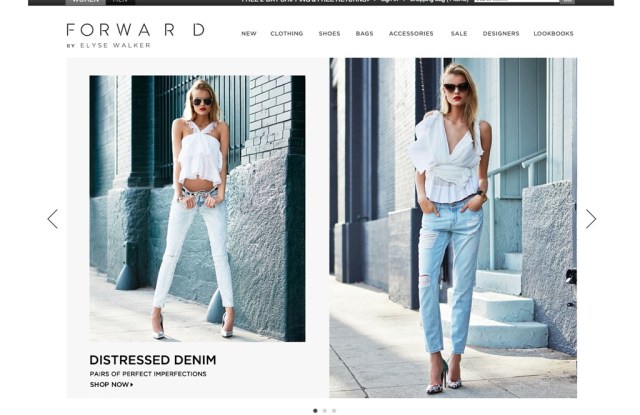 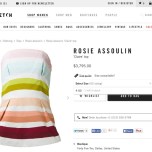 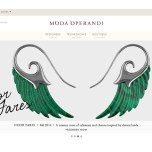 Elyse Walker and its corresponding e-commerce site, forwardbyelysewalker.com, is building an increasingly global businesses via e-commerce — one that outpaces that of its physical store by several times. Dallas’ Forty Five Ten toyed with e-commerce in late 2012 on its own site at fortyfiveten.com but really expanded its reach via global online marketplace Farfetch.com last year.

Entrepreneurs also are adapting the pure-play model in the fashion world. Montreal-based SSENSE began simultaneously on and offline, while three-year-old Moda Operandi’s business is based on the digital trunk-show model. At this stage, they are fledglings in the e-commerce world, but growing rapidly.

“We immediately got designer support,” Elyse Walker said of taking her vision online four years ago. “I think the reason is because people love how we edit. A lot of retailers [say], ‘We need this percentage of black’ [when placing an order.’ [But] we’re very emotional and that customer can see that both offline and in the store. We don’t carry what everyone else carries. We really are organically well curated. It’s not even a strategy.”

Walker’s namesake store has ballooned from an 800-square-foot boutique on Antioch Street in Pacific Palisades, Calif., into a global e-commerce business that industry experts say is on track to hit $100 million in sales next year — and that doesn’t even count sales at the now-6,500-square-foot brick-and-mortar location.

Walker acknowledged that although late to the e-commerce game, she came armed with a lot of designer support. However, these brands expected really high numbers — and while the store exceeds expectations for a single location at about $3,000 per square foot, Walker was unable to grow the global online business fast enough.

She launched e-commerce at elysewalker.com in 2010 but was quick to see that she lacked the infrastructure to build a proper online business. In 2012, she merged her boutique’s Web site with Forward — a contemporary e-commerce Web site that’s owned by Revolve.com’s Michael Mente and Mike Karanikolas — and is now the fashion director of Forward by Elyse Walker.

The venture has been fortuitous for both parties — and the e-commerce portion of Walker’s business grew more than 100 percent in 2012, 2013 and is on the same trajectory for this year and next. Halfway through 2013, Forward by Elyse Walker was doing more business than the freestanding door, which still sees a healthy growth rate of 20 to 22 percent a year.

Sales from forwardbyelysewalker.com comprise north of 70 percent of the overall business. Walker estimates by 2015 the split will be 80 percent online and 20 percent off-line — with projections for both sides of the business growing. Experts expect the site to surpass $50 million by year’s end.

“I always do look at opening new stores, but I don’t know if that will happen. The online is growing so fast that it would probably be disappointing to open a store. It’s hard to put your time into brick and mortar [now], [but] I would never say never,” Walker said.

Elyse Walker is also one of Farfetch’s 300 global boutiques.

Fashion consultant Roopal Patel said consumers are seeking a more editorial point of view than what many department stores typically buy — and fashion leaders in their own cities like Forty Five Ten, Elyse Walker and A’Maree’s in Newport Beach, Calif., are benefiting from taking a more curatorial approach to the brands and styles they carry, especially online.

The luxury customer is savvy, and when this woman is shopping, Patel contends that she now asks questions, like whether a store has the brands she loves, are they helping push her closet forward and what is the next brand she should be wearing.

“The challenge you see in traditional brick-and-mortar — and you’re starting to see this online as well — is everyone has the same thing,” Patel said. “These specialty stores that have created their own online sites have the flexibility to create a different vision and bring in different products because they can. There’s a small revolution that’s going on.”

Forward by Elyse Walker carries brands such as Rick Owens, Kenzo, Band of Outsiders and The Row, while the store carries Balenciaga, Antonio Berardi, Gucci, The Woods and Azzedine Alaïa. Brands on both the Web and in the store include Alexander McQueen, Stella McCartney, Chloé, Saint Laurent, Proenza Schouler and Marni.

Forty Five Ten owner Brian Bolke said by year’s end, e-commerce will comprise 10 percent of the business, and at the rate the category’s been growing, this will double to 20 percent by 2015.

He cited his high-end client — whether she’s in Dallas or Kuwait — being exposed to all things online as the reason the store must maintain an e-commerce presence.

“This has greatly affected the reach-out of our associates and the way we communicate to our clients. It hasn’t necessarily changed our print budgets, but it’s made us rethink how were doing print,” Bolke said. “This time I feel comfortable using less big-name designers [for the fall catalogue], and we are pulling from new guard independent designers like Rosie Assoulin or Creatures of the Wind.”

Bolke has found that brands like the above are getting so much exposure digitally before the collections even reach stores that by the time a catalogue comes out, the consumer has already known about the designer for a few months and wants to come to the store to see and purchase it.

“The reality is that a lot of these designers have more name recognition than there is distribution. That is where we can really excel. We actually have the inventory of those brands,” Bolke said, noting that between in-store and its boutique on FarFetch, Assoulin’s spring collection has had a 100 percent sell-through rate.

Moda Operandi saw sales double in 2013 and is “focused on delivering a repeat performance this year,” Deborah Nicodemus, chief executive officer, told WWD. This is largely due to an increase in average order value. Price points of $3,000 and up have become a center for growth on the site, while sales of items under $1,000 are on the decline.

The site raised more than $20 million in additional funding in December from the likes of LVMH Moët Hennessy Louis Vuitton and Condé Nast — bringing the total amount raised by the three-year-old site to $77 million. In addition to naming Nicodemus ceo in October, the company is bolstering the site from a technology perspective, investing in mobile in a big way and planning to unveil a relaunched site later this year. The site is split between trunk shows, 60 percent of the business, and an online section selling in-season items, making up 40 percent of the business. The site sells brands like Marc Jacobs and Valentino and emerging labels like Delpozo and Noor Fares.

The site will see a refresh in July, and a complete overhaul and the add-on of a new division later this year. Nicodemus was mum about the venture, revealing only that the site will launch a new business with international luxury brands.

When asked if she would ever consider opening a retail store, she said the high-touch business operates Salon Moda out of its headquarters, where clients can come and experience the shopping experience with a stylist. She added that when Moda Operandi does decide to go into a four-wall business, it will be more of a showroom environment versus a retail environment.

“Our core business — runway — puts the client first and allows her to make a purchase that is unedited from the runway. We attract a very different clientele from the competition,” Nicodemus said.

SSENSE chief executive officer Rami Atallah said the past eight years have seen a “consistent growth in revenue,” as well as a team that’s gone from just four to 150 full-time staff.

“Our approach is one which is formed from our opinion, not by following trends but rather through a curatorial eye and sharp expertise from a quickly growing, world-class team,” Atallah said. The site will relaunch this month and the company plans to grow its physical footprint this coming year, too, opening its first door since its Montreal store opened 11 years ago.