EShave, the men's grooming marketer, has moved into the concourse level of 30 Rockefeller Center and now operates two stores, both in Manhattan. 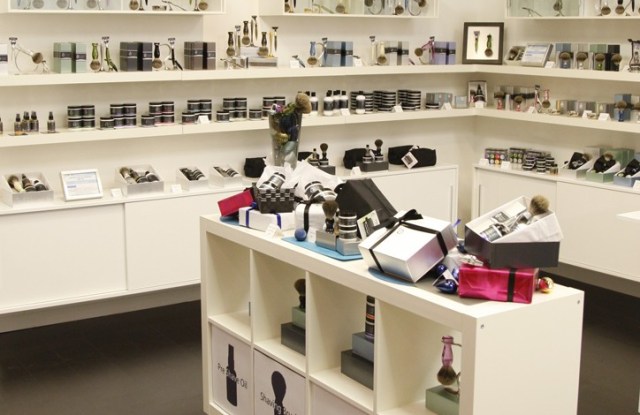 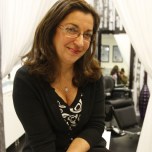 EShave has moved into 30 Rock.

Despite what’s been a “very challenging” year, according to founder Danielle Malka, the men’s grooming marketer has opened a 550-square-foot store on the concourse level of 30 Rockefeller Center and now operates two stores, both in Manhattan.

(In the spring, êShave shuttered its initial location, a two-year-old shop on First Avenue near 55th Street, due to poor economic conditions. Its other location is in the World Financial Center’s Winter Garden and was opened about a year ago.)

The Rockefeller Center store, which was officially opened Oct. 29, is the brand’s first to offer barber services, including shaves and haircuts.

“We’re already getting a good response,” noted Malka, who added she was in negotiations to open the store for two years. “I feel it’s going to be a very good store for us.”

Like the Winter Garden êShave store, the Rockefeller Center unit employs a minimal, white design. But unlike the other store, this unit features a barber area, which includes a barber chair and a shampoo station.

“We decided to create a center stage,” Malka said of the barber area, which is manned by a full-time barber and encircled by curtains that can be closed for privacy.

In addition to the store, êShave has re-launched its Web site. The site, which went live in November, includes customer reviews, a blog, a live chat and a link to êShave’s Facebook page.

The brand’s international wholesale business is up 40 percent over 2008, Malka noted, despite an 80 percent drop in domestic wholesale sales. Industry sources estimate annual sales for 2009 will come in at almost $2 million.

In the U.S., the brand is carried in about 100 doors. EShave is present in roughly 300 international doors in 15 countries and the brand’s top three international markets are France, Australia and Japan.