The moves come as there are reports the company might once again look to pull out of North America, which it has done before. 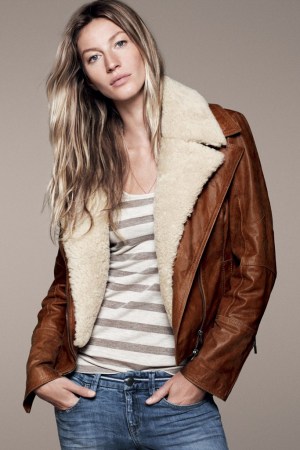 Esprit is revisiting the drawing board once again in the U.S.

This story first appeared in the August 24, 2011 issue of WWD. Subscribe Today.

The company is consolidating its different apparel brands into a single moniker in an effort to simplify the assortment for consumers. Esprit’s brands include women’s casual, women’s collection, de.corp Esprit Urban Casual and edc by Esprit, with each brand multiplied by 12 for the number of collections produced each year. There’s the same dizzying array for men, and kids have edc youth by Esprit, Esprit shoes and ESP Esprit sports.

“In the past, we had all these different brands,” said John Gunn, continental president of Esprit North America. “A lot of customers didn’t know the difference between the names. We tried to target an overlapping and different clientele. Edc was for an 18- to 24-year-old customer. Our target consumer is now a woman who is ‘forever 30.’ Now the brand will be saying the same thing to all women. In the past we were even using different size blocks. Nine months from now, we’ll be totally aligned — one brand direction. Some brands are still a little bit off on their own. It’s a completely different mind-set from what we were used to in the past.”

The moves come as there are reports Esprit might once again look to pull out of North America, which it has done before.

Gunn declined to comment, as did Esprit global business headquarters in Ratingen, Germany, saying the company does not comment on rumors.

Same-store sales at Esprit’s North American stores declined 4.9 percent in the fiscal first half ended Dec. 31, 2010, compared with a 1.7 percent drop in Europe and a 0.6 percent increase in the Asia-Pacific region. Esprit in the first half opened 13 new stores in North America, for a total of 95.

Esprit has left the U.S. once before. The brand floundered when founders Susie and Doug Tompkins filed for divorce and continued to slide when the recession hit in the early Nineties. Esprit Holdings Ltd., which is based in Hong Kong, in 2002 bought the logo and the U.S. rights and has taken moves to improve the business, including opening an 18,000-square-foot flagship on West 34th Street in Manhattan in 2010.

“With Jan and Jörgen, there’s a lot of kinks to figure out,” said Gunn of the new strategy in North America. But he believes they are taking the brand in the right direction. “We took all of the divisions and put them into dressing moments,” said Gunn. “For example, we ran a whole white story this summer. Now, the denim story is not in three locations on three different floors. In January, when we buy the spring season for stores, we won’t be buying by division, we’ll be buying the 10 best dresses.”

Esprit stores are being redesigned once again. The company created its largest unit in the world in Frankfurt by adding two floors to an existing flagship. The design features open areas in the floors and ceilings so to show off the entire “world of Esprit” at a glance. Gunn said the new design elements will come to the 34th Street flagship at some stage.

A new ad campaign featuring Erin Wasson and Gisele Bündchen will be in Esprit stores next month. “Using Erin and Gisele has really elevated the brand,” said Gunn. “We were a little disjointed between how our stores looked and how the product and marketing looked. We were trying to go after the 28- to 34-year-old woman and showing 18-year-olds in ads.”