Esprit is trying to recapture the glory days when founders Doug and Susie Tompkins, who were then husband and wife, were running the company. 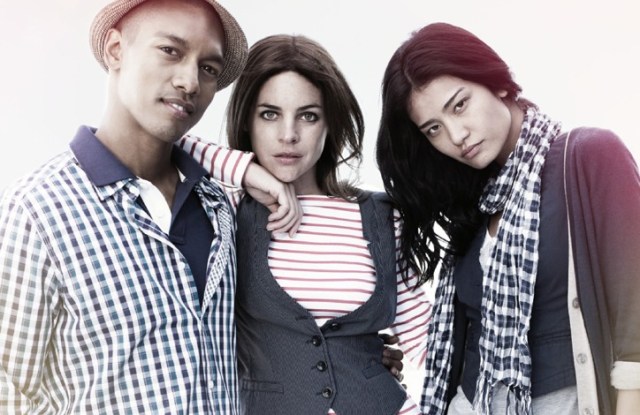 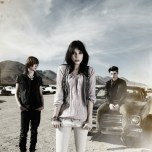 Esprit wants to wake up the U.S. market.

The brand, which has had a European and Asian focus for the last five years, is trying to make an impact with larger, architecturally significant stores and an edgy new advertising and image campaign.

A three-level, 15,000-square-foot Esprit flagship is set to open at 21-25 West 34th Street here in March. It will be Esprit’s largest store in North America and second largest worldwide. When it bows, the flagship will be Esprit’s fifth unit in Manhattan. Existing stores are in the Flatiron District, Fifth Avenue, SoHo and Columbus Circle.

Esprit in October launched its new retail concept based on the Memphis design on Hong Kong’s Peking Road. With dark metal perforated banners embedded with glass lenses, the facade is an interactive display. Inside, optical effects such as Memphis patterns used in earlier stores are juxtaposed with tactile materials like coarse oak.

Esprit reentered the U.S. five years ago. The brand’s presence is small but growing, with just over a dozen stand-alone stores, mostly on the East Coast. A 4,500-square-foot store opened in Santa Monica, Calif., in April. Esprit in August unveiled a unit in Philadelphia on Walnut Street.

The company is trying to recapture Esprit’s glory days when founders Doug and Susie Tompkins, who were then husband and wife, were running the company. Besides the Memphis-inspired new store design — Esprit’s first store was designed by Memphis style founder Ettore Sottsass — the spring-summer advertising and image campaign is reminiscent of past campaigns of the brand.

Ronald Van der Vis, executive director and group chief executive officer, said the campaign will show customers “that Esprit has grown into an international lifestyle brand.” Esprit is advertising internationally; however, in the U.S., the images won’t be used in advertising but instead will be used in stores and promotional materials, and will be shown on esprit.com and Facebook.

Lowe’s images were shot in a car graveyard outside Los Angeles to reflect the youthful spirit of the clothes. Restoin-Roitfeld was shot with a larger group of models walking through the Californian desert.