Esprit has opened its first store in California since the Nineties on Santa Monica’s Third Street Promenade. 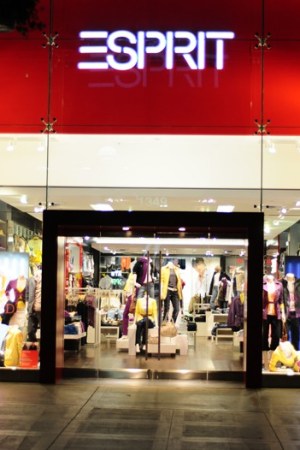 LOS ANGELES — After more than a decade of being absent from the West Coast, Esprit is making a California comeback.

The brand, once a youth-bent West Coast stalwart that vanished from the market in the Nineties, has opened its first stand-alone store in California, on Santa Monica’s Third Street Promenade.

The 4,500-square-foot store, formerly home to Sephora, opened earlier this month and has 3,000 square feet of retail selling space.

Esprit, which has long had a European and Asian focus, hopes to capture the attention of shoppers along the promenade, a three-block pedestrian-only shopping strip that draws some 40,000 to 50,000 visitors on weekends.

“We always wanted to return to our roots…and this Santa Monica spot fit the brand perfectly,” said Shauwan Johnson, Esprit North America’s merchandise manager. “It’s highly visible and there’s so much foot traffic from both local and international shoppers.”

Retail rents along the promenade stretch are typically about $210 a square foot annually.

Esprit has about 900 stores in Europe, and will become the title sponsor of Düsseldorf Arena in Germany in July. Its U.S. presence is small but growing, with 13 stand-alone stores. Most are on the East Coast, with four in Manhattan and others in New Jersey, Connecticut and Annapolis, Md.

The new Santa Monica store is part of a larger retail push for the Hong Kong-based brand, which was founded in San Francisco and was popular in the Eighties. By the Nineties, though, Esprit collapsed amid dwindling sales, financial missteps and internal turmoil — including the very public divorce of founders Susie and Doug Tompkins.

Now traded on the Hong Kong stock exchange, Esprit made its reentry into the U.S. five years ago with a store in Manhattan and is now profitable, though it isn’t yet in the black in the U.S. market.

Johnson said she anticipates California will be one of Esprit’s strongest U.S. markets, given the brand’s reasonable price points and colorful, casual styles.

The Santa Monica space is designed with high ceilings, open space and modern fixtures for a clean, airy aesthetic.

The store carries the full range of Esprit merchandise, from $16 T-shirts to $120 flowered dresses and handbags from $50 to $110.

Esprit’s home on the Promenade is adjacent to Macerich-owned Santa Monica Place mall, which is being transformed into an open-air shopping center that should reopen next year. Santa Monica and the surrounding area boast enviable demographics, with a median age of 39 and an average household income topping $100,000.

But the recession has hit the Los Angeles area hard — more than 30 stores have closed along Santa Monica’s Montana Avenue shopping district and sales are declining along the Promenade as well. Santa Monica Place delayed its debut from 2009 until mid-2010.