The men’s-only shops are located at the Beverly Center in Los Angeles, at Fashion Valley in San Diego and at The Falls in Miami. 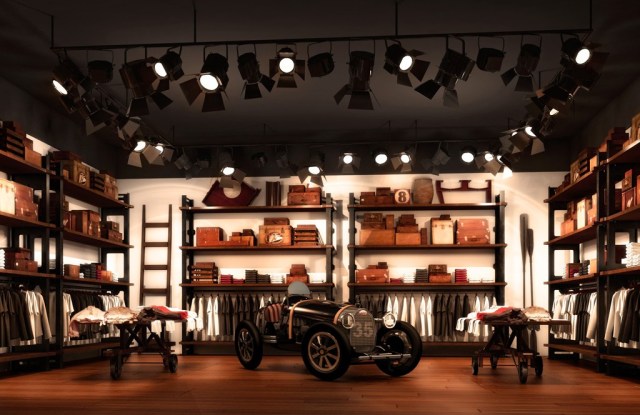 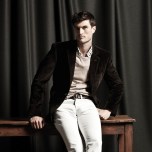 Argentina’s Etiqueta Negra is expanding in the U.S. with its first shops-in-shop that will open next month in three Bloomingdale’s locations. The men’s-only shops include a 350-square-foot location at the Beverly Center in Los Angeles, a 334-square-foot unit at Fashion Valley in San Diego and a 572-square-foot unit at The Falls in Miami.

The leased shops join two existing freestanding stores in the U.S., situated in New York’s SoHo neighborhood and the Aventura Mall in Aventura, Fla. Globally, the Buenos Aires-based company operates 16 stores, including 13 in Argentina and one in Brazil in addition to its U.S. stores.

“The Los Angeles and San Diego locations mark our expansion to the West Coast, which has always been a priority for the brand as we continue to grow our presence across the U.S.,” said Federico Alvarez Castillo, founder, president and creative director of Etiqueta Negra. “By leasing the space, we were able to collaborate with the Bloomingdale’s team and create a unique shopping destination within the men’s store.”

As with all of Etiqueta Negra’s freestanding stores, a decorative centerpiece of each Bloomingdale’s shop will be a vintage automobile or motorcycle, set against a backdrop of dark wood paneling, industrial lighting, iron beams and black-and-white photography. The Miami shop will feature a Bugatti T3 and the San Diego shop a 1910 Indian motorcycle. Alvarez Castillo is still deciding on which motorcycle to install in the Beverly Center unit.

The brand’s appeal to Latin American consumers was a key selling point for Bloomingdale’s. The locations are in areas with significant Latin American populations.

“It’s a great contemporary lifestyle brand that offers a wide selection from tailored to denim that has resonated with consumers,” said Kevin Harter, vice president for men’s fashion direction at Bloomingdale’s, a unit of Macy’s Inc. The shops will sit near Theory, Vince and Sandro, the latter also new to Bloomingdale’s this season.

Globally, about 70 percent of Etiqueta Negra sales are in men’s and 30 percent in women’s. The brand is wholesaled in Argentina but not yet in the U.S.

“We believe that a great part of the Etiqueta Negra shopping experience has to do with acquiring our goods at our carefully designed stores, which is why we are so excited about our Bloomingdale’s shops-in-shop,” said Alvarez Castillo, who added the company’s main focus for retail expansion is in the U.S. and Brazil.

Etiqueta Negra is privately held by Alvarez Castillo and business partner Juan Cahen d’Anvers, who is the company’s chief financial officer. Other shareholders include Tribeca Partners in Colombia and Argentina’s Pieres family, owners of the Ellerstina polo team.