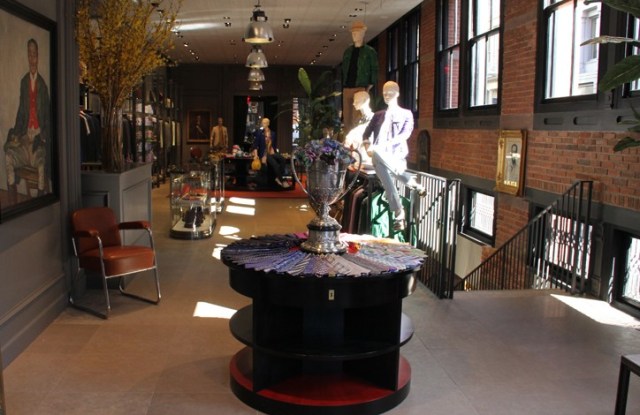 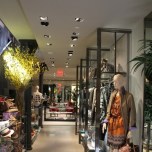 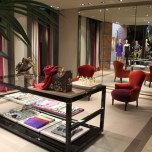 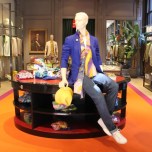 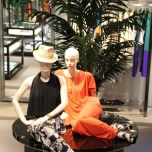 NEW YORK — Etro is bringing its elegant bohemian style to SoHo, a neighborhood once synonymous with artists and hippies, but that’s now populated with national brands and upscale shops.

The Milanese fashion house on Friday will open a 4,400-square-foot bi-level store at 89 Greene Street. Etro’s second store in Manhattan, the unit is expected to do $4 million to $5 million in sales in the first year, according to Ippolito Etro, the firm’s chief executive officer. The company’s Madison Avenue flagship opened in 1996.

“We became aware that many of our Madison Avenue customers have downtown addresses,” Etro said. “We know that the European tourist views SoHo as the New York shopping destination.”

Etro’s version of eclecticism is decidedly luxurious. Natural and blended fabrics reflect the company’s roots as a fiber manufacturer in the Sixties. The signature paisley pattern is visible throughout the store in different incarnations, including printed on sheer men’s shirts, splayed across ties and covering men’s jackets.

Men’s suits, designed by Kean Etro, average $1,900. A men’s brown leather bomber jacket is $3,000 and there are versions in other colors, such as green. The women’s collection, designed by Veronica Etro, features bright colors and neutrals for spring. A paisley silk and cotton dress is $1,750; a teal lace jacket, $1,800, and skirt, $1,250. Handbags made from paisley jacquard fabric are treated with a plasticization technique. There are versions with graffitilike art topped with leather flower appliqués. There are also leather satchels, straw boater hats, purple suede sandals and jewelry such as necklaces with fish motifs.

Etro’s surroundings are cushy. The first floor, devoted to men’s, has Italian Santa Fiora stone tiles, a large orange area rug with fuchsia trim and leather accent chairs. Etro restored the landmark building; millwork for the columns and capitals was completed in Italy. An industrial painted steel staircase leads to the lower level, where women’s is housed.

Ippolito Etro said the SoHo store carries products with a downtown sensibility, adding the company is in the process of developing products specifically for the store.

The SoHo unit will bring Etro’s store count in the U.S. to five. “There are certainly other cities in our radar,” the ceo said, declining to be more specific.