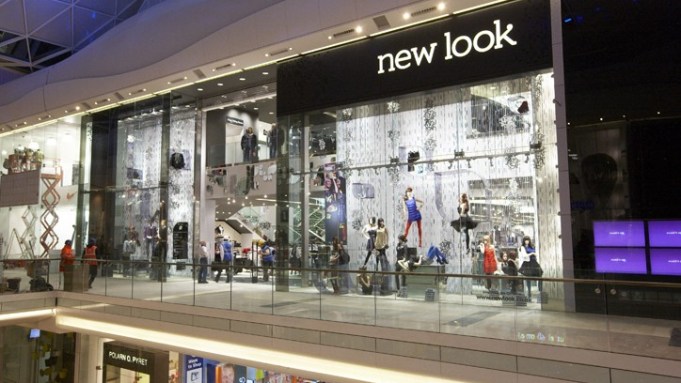 PARIS — As European economies show signs the worst of the recession could be over, should fashion retailers look forward to improved sales?

Not so fast, experts warn: Despite encouraging signals, it is premature to expect bolstered earnings and buoyant sales across Europe in the near term, as the bankruptcy of German department store group Arcandor on Tuesday attests.

German consumers, previously known to stop spending at the slightest sign of economic turmoil, have maintained their spending in the downturn, with GfK forecasting this would continue in June for the fourth month in a row.

Germany is Europe’s largest economy and is also the largest market for Swedish fashion retailer H&M, estimated by some analysts to have reported strong sales in the country during April. H&M, the world’s third-largest fashion chain by revenue behind U.S.-based Gap and Spain’s Inditex, declined to comment.

But if German consumers are keeping up their spending, they are doing so selectively, as shown by the woes of some domestic retailers.

Embattled retail-to-travel group Arcandor, which owns the Karstadt department stores, on Tuesday filed for bankruptcy after its request for government aid was turned down, with some German politicians arguing the company had been in trouble before the economic crisis hit (see separate story).

Fashion house Escada has also been struggling with falling sales, and in a bid to secure new capital has sold off its midprice fashion business Primera.

In France, Europe’s second-largest economy, consumer confidence has also held up. French shoppers, for example, are keeping up their spending despite the severe recession — although they’ve been encouraged by government incentives and tax breaks. In April, French households spent more than analysts expected on manufactured goods — a good proxy for consumer spending as a whole — as consumers took advantage of a government scheme to trade old car models for new, less polluting vehicles.

The resilience of the French market comes at the right time for Japanese fast-fashion giant Uniqlo, which plans to open a sprawling flagship store in Paris in the fall. The Tokyo-based company, known for its value-priced colorful cashmere tops and casual basics, hopes to further branch out in the rest of France if the launch is successful, according to Hideo Majima, director of global marketing and communication for Japan’s Fast Retailing Co. Ltd., which owns the brand. Majima declined to provide sales projections for the upcoming Paris store.

French brand Comptoir des Cotonniers, also owned by Fast Retailing, remains upbeat about Europe, even though some economies present brighter prospects than others.

“Switzerland has been very good for us, because we are a relatively new brand there,” said chief operating officer Marianne Romestain. The brand first ventured into the country in 2008 with a corner in the Globus department store in Geneva. It has now branched out in other major Swiss cities with outlets in Zurich, Bern and Basel, as well as the Glattzentrum shopping mall near Zurich.

In the U.K., where the famously unreliable weather, not just the deteriorating economy, can have a deep effect on consumer behavior, department store John Lewis has found exceptionally warm weather kept more customers away from its stores at the end of May. But if sales were harder to come by, some categories received a record uplift.

“Sunglasses were among the winners, up a whopping 74 percent on last year to achieve the buyership’s best sales since 2004,” the U.K.’s biggest department store chain said. But the sunny weather didn’t offer much cheer beyond sunglasses, sun care and outdoor furniture for John Lewis, which appeals to a middle-class core of shoppers and is, along with Marks & Spencer plc, one of the bellwethers for the country’s retail sector. Total sales across its stores were down more than 8 percent compared with the same week a year earlier.

In the U.K., midmarket retailers are losing ground to rivals like New Look, whose prices are on average 20 to 30 percent lower than their more upmarket competitors. Reporting a 15 percent increase in full-year sales, New Look said sales growth has picked up in recent weeks, helped by strong demand for warmer weather apparel, especially gladiator sandals and summer dresses.

Yet chief executive officer Carl McPhail has resisted drawing conclusions, preferring to err on the side of caution, saying 2009 will be “another challenging year for the consumer.”

In Italy, the retail climate appears to be slightly sunnier, at least when it comes to shoppers’ plans to restock their spring wardrobes with new clothes and shoes.

Confcommercio, the retailers’ organization, said sales of shoes and apparel showed a slight improvement of 0.4 percent in April, stopping a decline that had lasted several months. But against a backdrop of deep recession for Europe’s fourth-largest economy and rising unemployment, Confcommercio didn’t venture a forecast about a possible turnaround based on these early signs. “We will have to wait until May and June to conclude if the market has stabilized,” said the association, which is Italy’s largest business organization and includes smaller retailers as well as national chains and department stores.

On the other hand, Spain remains a much tougher environment for retailers because the country’s once-booming real estate and construction markets went into a free fall last year and unemployment is among Europe’s highest. As a result, “consumers remain concerned about the state of the economy,” Comptoir des Cotonniers’ Romestain said. While Spain’s continuing economic woes could be a concern for Inditex, parent of Zara, the Spanish-based fashion retailer is expected to continue to outperform this market.

Inditex is also relatively protected because it mostly sells to younger customers, who are less concerned about the troubled real estate market. In addition, “Spain now represents less than 30 percent of Inditex’s sales, according to our estimates,” Critchlow said.

Inditex is due to report first-quarter earnings today.

Despite the difficult trading conditions in Spain, analysts at Deutsche Bank don’t expect Inditex to hike its markdown activity, having noted the company’s inventory has been held very tight and that the promotional calendar has remained unchanged from last year.

Unlike their U.S. counterparts, which have discounted heavily and are now paying the price with sliding profits, European fashion retailers appear to be far more cautious on this front. Special events or selective discounts — tactics borrowed from the upper end of the fashion market — appear instead to be the preferred choice for retailers in Europe because this helps protect margins while encouraging customers to spend.

“People are not refusing to buy because prices are too high, but because they fear the future and they are afraid of losing their jobs,” said Hermann Simon, president of Simon-Kucher & Partners, a pricing consultancy headquartered in Germany.

Unlike luxury brands, which can end up tarnishing their exclusive image if they discount openly, fast-fashion retailers don’t run this risk with markdowns. But they still risk destroying their margins if they don’t get the balance between the extent of the cuts and the additional sales generated by markdowns and promotions.

“By how much do you have to cut prices to attract customers? It’s a high percentage today in this climate,” Simon said. “If it’s too much, you give away margins, and you may not be getting that many additional customers.”