With a week to go before Christmas, European retailers are hoping for some late-Christmas cheer in what has so far proved to be an uneven season for sales. 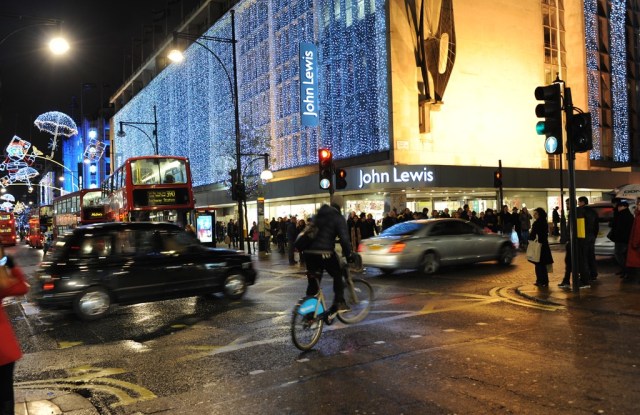 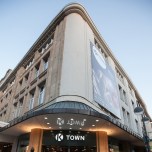 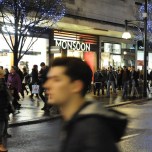 With a week to go before Christmas, European retailers are hoping for some late-Christmas cheer in what has so far proved — with a few exceptions — to be an uneven season for sales.

With most of the region in recession, and the outlook uncertain for next year, consumers continue to watch their pennies, and retailers believe that many are waiting until the last minute to spend. According to a recent survey by Deloitte, 49 percent of Europeans believe the economy will be in recession in 2013 and, overall, shoppers feel their purchasing power is declining.

“Consumers are weighing their purchase decisions more carefully and becoming more price-sensitive,” said Koen De Staercke, Deloitte’s partner in charge of retail and consumer goods. “Although there is still a strong desire to enjoy Christmas festivities, consumers are being careful about how they spend their money.” It appears that high-end fashion, beauty, food and technology categories are faring better than more mass-market merchandise, while consumers seem to be favoring special, niche gifts and cult products.

Though German consumer sentiment and willingness to buy remains at a relatively high level, according to the latest GfK German Consumer Climate Study, the Christmas season has been a little late in taking off, with many blaming the weather. But the first cold snap and snow did put a little fire into business over the second Advent weekend.

Demand has been strong for warm winter jackets, scarves, and caps, the HDE, or German Retail Federation, reported, with jewelry, cameras and home decoration items also on consumers’ shopping lists.

The HDE is forecasting that German retailers will end the year with a nominal 1.5 percent sales gain for the months of November and December.

Online sales are taking a growing share of the business, with holiday online sales expected to reach 7.4 billion euros, or $9.69 billion, in 2012.

A spokesman for KaDeWe in Berlin said the department store’s recently refurbished beauty department and the new luxe shoe salon were generating robust business. “Whether people are buying shoes as a present or for themselves is not clear, plus handbags are also doing well.” She added business was “astonishingly good” in the premium department store’s famous food hall, and “now that it’s really cold, winter fashion is also strong.”

Special offers through direct marketing have also picked up. “A lot of people are running around with coupons,” said Axel Augustine, a spokesman for the German Apparel Retailers Association. “We can’t estimate by how much, but this kind of direct marketing and special offers to repeat customers has increased.” He added that Christmas sales were definitely lagging behind last year.

In France, retailers are hoping for a last-minute surge in spending. Pierre Pelarrey, managing director of the flagship Printemps department store in Paris, said sales growth “may not reach double digits, but it will be significant.”

The department store opened Sunday and will also open Dec. 23. Pelarrey said the Dec. 8 to 9 weekend was disappointing, with foot traffic up 20 percent, but sales were flat versus the same period last year.

“Many people are deferring their purchases — certainly linked to the crisis context — to the end of the month and probably also to price comparisons, since the Internet is becoming more and more important. I think from [last] weekend onward, things are going to pick up,” he said.

Pelarrey also noted that in 2007, the last year when a Sunday shopping day fell on Dec. 23, there was a spike in last-minute sales.

Standout categories so far include beauty — and especially niche perfumes — accessories; contemporary fashion — particularly novelty knitwear; cashmere and down jackets, and luxury accessories, including jewelry and watches. Sales of men’s watches, for instance, were up double digits versus 2011.

The store also has its traditional pop-up Boutique Noire store, stocking gifts priced from 6 euros, or $8, to more than 20,000 euros, or $26,000. Pelarrey said this was key to drawing in some of the 10 million visitors expected to pass through the Boulevard Haussmann shopping artery over the holiday season.

He said the store is not relying on promotions to drive sales. Instead, it has increased investment in customer service, with 300 extra temporary staffers, and greeters who are fluent in 17 languages.

At Le Bon Marché in Paris, commercial director Lisa Attia said while traffic was “rather slow” at the beginning of December, “we are confident we will achieve the same turnover as last year.”

She said that, considering the economic situation, shoppers are more price-sensitive and picky. “They take time to compare and make their decision. However, the average basket for accessories is 10 percent higher than last year, meaning that people are still likely to spend their money for valuable products. Luxury brands are performing well as they are considered a safe investment in timeless products.”

Attia said among the bestsellers so far were Bluetooth mini speakers, hologram computer keyboards, Cire Trudon candles, mirrors from Maison d’Edition Marcel By and the Christmas decorations proposed in the store’s Arbre de Noël boutique. “Women’s accessories are globally performing well, except for shoes, which are not particularly strong at this period of the year. Textiles, hats, fashion jewelry and leather goods sales are far beyond our expectations,” she said.

In Italy, the mood appears to be buoyant. Maurizio Purificato, creative director at Excelsior Milano, said sales at the multibrand designer store have so far exceeded expectations. “We have the feeling that people are extremely willing to buy,” he said. “Last weekend, when about 100,000 people entered our store, we posted record sales.”

He said accessories is by far the strongest category, with smartphone gadgets, including the Moschino and Lanvin iPhone covers, among the bestsellers. “Niche fragrances and designer cotton sweaters are also performing very well,” he added.

According to Valentina Visconti, country manager of Privalia Italia, an online private club that organizes exclusive designer sales, Italian women are spending, gifting their male partners with clothing and giving fashion accessories to their women friends. Privalia said northern Italian women are fast adapting Internet shopping. “Something is changing: This year, 20 percent of women said they will only buy online, overtaking those that will buy only in a brick-and-mortar store (11 percent),” the company said.

U.K. retailers have a mixed story to tell and, like their Continental counterparts, are waiting for a last-minute rush. According to a report by Bernstein Research, the average Brit will spend 445 pounds, or $717, on Christmas this year, up 1.8 percent on last year. However, figures from Visa’s Weekly Christmas Spending Tracker showed that the underlying trend in U.K. consumer spending was flat in the month before Christmas. “Retailers online and on the High Street are going to have to work hard to extract the same level of spend as last year,” said Dr. Steve Perry, commercial director at Visa Europe. “Hard-pressed consumers are evidently looking for ways to make their money go further this Christmas.”

Maria Hollins, trading director at Asos.com, said the Christmas build is definitely coming later this year. Customers have an additional weekend in which to shop as Christmas Day falls on Tuesday this year as opposed to Sunday last year. “We have seen some record days takings this season: Cyber Monday [Nov. 26] saw our biggest day to date in the U.S. In the U.K., we anticipated that Monday the 3rd of December would be our biggest day ever as the majority of the nation was paid the previous Friday. In fact, this was eclipsed by Monday the 10th,” she said.

At John Lewis, the department store chain that prides itself on its competitive pricing and regularly matches promotions at its competitors’ outlets, sales in the week to Dec. 8 climbed 15 percent year-over-year to hit 142 million pounds, or $228.6 million — a record. It added that johnlewis.com also achieved record figures of more than 42 million pounds, or $67.6 million, in the same week.

“We are delighted to have achieved these new sales records, particularly in a market which is still economically challenging,” said Andrew Murphy, John Lewis retail director, adding that women’s and men’s fashions saw a major uplift, with coats, scarves and knitwear proving particularly popular in response to the weather. The store said gift food is seeing “escalating sales,” with hampers in great demand, while sales of tablets, headphones, digital audio broadcasting radios and audio streaming devices continue to see major uplifts.