It’s likely this end of year will provide some holiday cheer for European beauty retailers, despite a generally difficult 2009.

By Brid Costello and Jennifer Weil and Susan Stone and Rachel Mascetta on December 18, 2009
View Slideshow 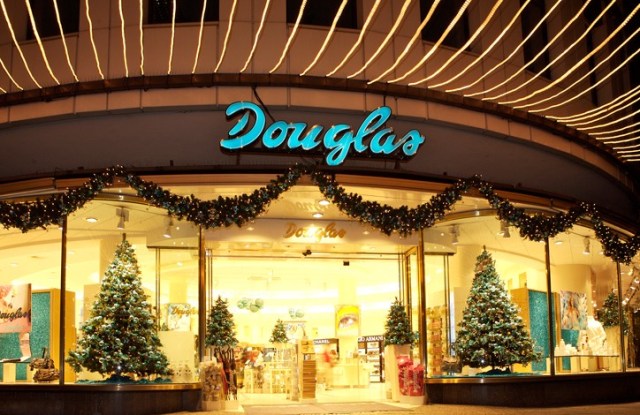 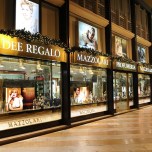 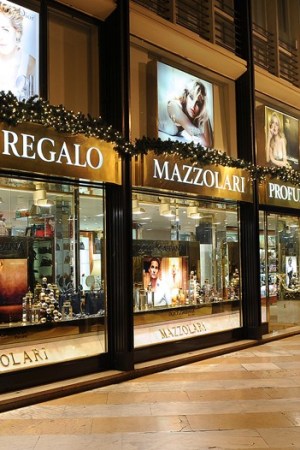 PARIS — It’s likely this end of year will provide some holiday cheer for European beauty retailers, despite a generally difficult 2009.

“We have significant growth on last year and are expecting double-digit growth by yearend,” said Jo Lee, director of beauty buying at the U.K.’s House of Fraser.

Antonella Mandelli, general manager of Milan’s Mazzolari, explained the perfumery’s revenues are gaining. “This year is definitely a positive one for us,” she said.

Meanwhile, at Liberty, business is “through the roof,” said Ed Burstell, buying director at the London department store.

However, not everything is rosy. At Printemps, as at some other retailers, November proved to be difficult businesswise after a better October, according to Delphine Hervé, head of beauty buying at the department store in France. Yet by early this month, business was looking up again.

“The market is difficult,” said Fabrice Obenans, director of category management for Marionnaud France. “Purchases from the universe of cosmetics and luxury are not considered priority this year. [But] Christmas and the large investments in communication by brands and stores should allow this trend to be corrected.”

Overall, retailers such as Douglas Perfumeries in Germany are “optimistic” about holiday sales. “Fragrance across the Harvey Nichols group is currently doing very well [within] excess of 20 percent increase on last year for the same period,” said Daniela Rinaldi, concessions and beauty director at the U.K. department store.

Among the fall launches at Printemps and Marionnaud France, Yves Saint Laurent’s Parisienne has been the bestseller.

Printemps’ Hervé lauded the project, including its juice and advertising, which she called “extraordinary — it’s beautiful, it’s elegant.”

“[Parisienne’s success] is certainly explained by a media plan that is strong and effective,” said Obenans, who added Nina Ricci’s Ricci Ricci and Guerlain’s Idylle are placing second and third, respectively.

At Printemps, Ricci Ricci is also a bestseller.

Balmain’s Ambre Gris was among the winners at Selfridges in the U.K. “Balmain sold out in its first week and has sold out again,” said a spokeswoman.

Alberta Ferretti’s signature fragrance and Michael Kors Very Hollywood put in strong performances at Harrods, where they have been driven by in-store personal appearances, according to Annalise Quest, head of beauty at the London-based retailer. She said the Bond No. 9 Harrods fragrance collection was the store’s most successful launch ever.

Grey Vetiver, Parisienne, Dolce & Gabbana’s Rose The One and D&G Fragrance Anthology are among the highlights at House of Fraser, according to Lee, who added Marc Jacobs’ Lola also has been one of its best recent launches.

Lola is one of top sellers at The Perfume Shop, too.

Among the scent launches from this fall, the most successful for Douglas Perfumeries in Germany has been Boss Orange, fronted by Sienna Miller.

“The success is due not just to a great perfume, but also a 360-degree marketing concept that ties together fragrance, fashion and music,” said a Douglas spokesman. “The launches that perform are strongly supported by 360-degree media,” echoed Isabelle Pecenicic, head of buying for beauty and perfume at Galeries Lafayette in France.

At Berlin’s Galeries Lafayette store, among the fall releases, Guerlain’s Idylle has been a hit.

Scents ringing up strong sales at Mazzolari include Parisienne, Collection Extraordinaire and Lola.

Classic scents hold their own during the holidays. At Douglas, they typically generate a “three- to fivefold” jump in pre-Christmas sales, according to the spokesman. “Classic fragrance overall is up 18 percent, but certain fragrances within this category are up by as much as 30 percent,” said the Selfridges spokeswoman.

The lure of the tried and true is not restricted to scents, however. “Particularly in skin care, we find that the ancillary products in a collection are much less popular as customers frequently buy the ‘hero’ of the range as a repeat purchase,” said Harrods’ Quest. “As customers are just slightly more careful with where they spend their money, they are returning to brands that they can trust and products with proven results.”

“Customers are really attracted by promotions,” said Pecenicic, who explained Galeries Lafayette is holding special events to highlight the launches and promotions. Germany’s Douglas Perfumeries is trying to lure consumers with 10 percent price reductions for Douglas Card holders. The chain isn’t having dramatic price reductions, but rather focusing on perks such as increased gift wrapping. It’s a service that’s proven popular at Galeries Lafayette in Berlin, as well.

Mazzolari in Milan hasn’t kicked off any promotions. There, the hottest category remains skin care, with high-end creams and lotions selling best overall, said Mandelli, who explained (as did some other retailers) that there’s a burgeoning demand for prestige products. “Women who cannot afford [the most expensive products] are willing to put money away to be able to purchase them,” she said.

Quirky and hard-to-find items also are resonating with customers. “Things that seem special are flying,” said Cowey at Liberty. There, scented bubble toys by Maison Francis Kurkdjian, odiferous rubber mats by Frédéric Malle and false eyelashes created by Shu Uemura for the store have been a hit. Selfridges, meanwhile, sold more than 2,000 lash sets in one week in early December. “The trend for lashes has really been huge this year, too, and I think we’ll see this continue into 2010,” said Harrods’ Quest.