Madewell often listens to its "community" of followers for ideas on adapting the mix.

Several months ago, the Madewell team got a handle on the “white space” in the brand — ath-leisure — which happens to be fashion’s biggest 2020 trend.

“Honestly, we heard before the pandemic via our Madewell Group Chat crowdsourcing about what customers were looking for from Madewell — she needed more ath-leisure. We do a lot of crowdsourcing within our Madewell community,” said chief executive officer Libby Wadle.

Today, Madewell launches its ath-leisure collection, called MWL, with hoodies, sweats, crewnecks, T-shirts, color-blocked looks, and ribbed pull-on pants. There will be 25 styles at the outset.

MWL, which is short for “make weekends longer” and a play on the Madewell name, has been designed so pieces can be paired with Madewell’s regular collection of jeans, sweaters and blazers. MWL is a women’s launch, though a few men’s sweats bear the label. 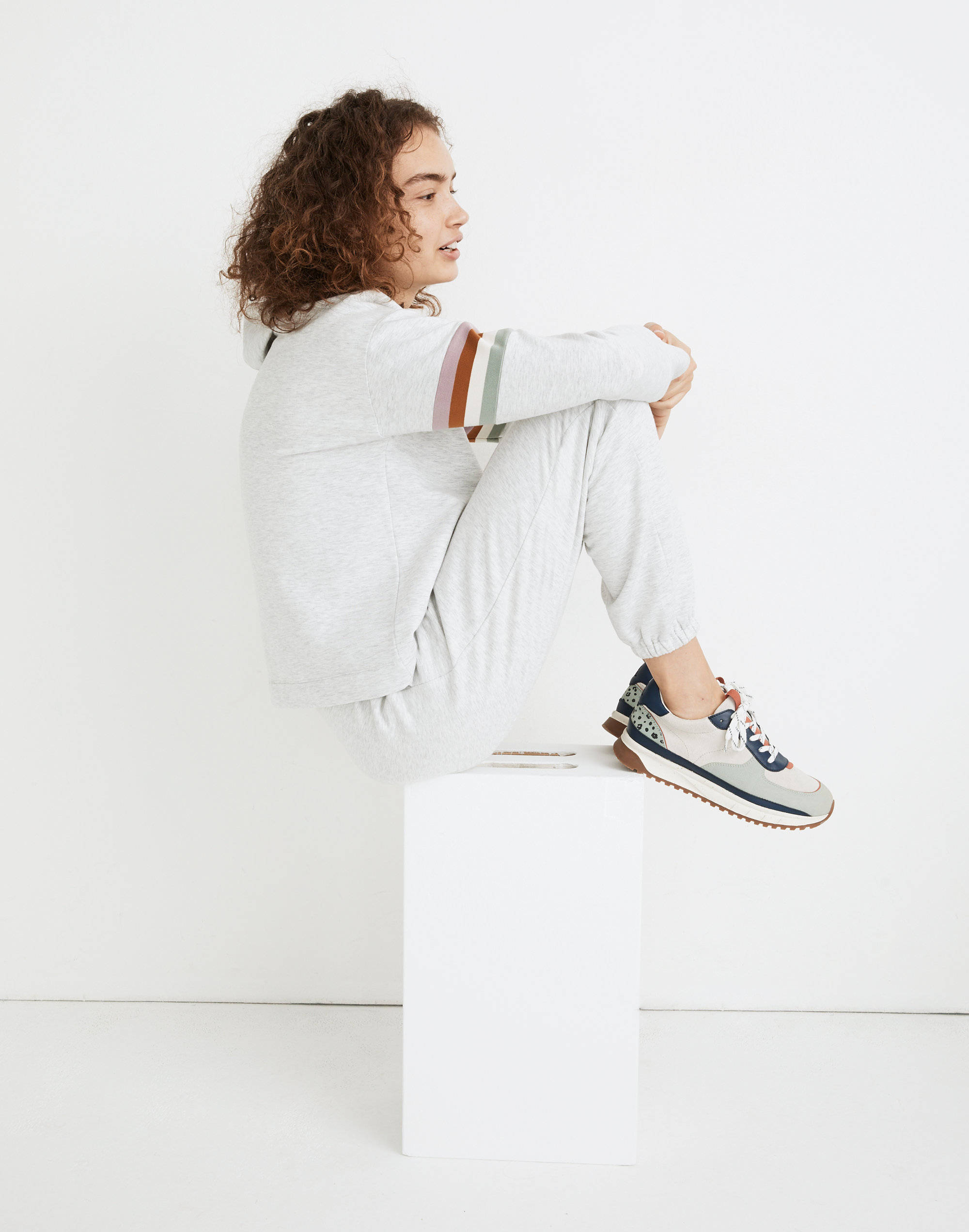 On Madewell’s web site MWL will have its own page though items from the line will be interspersed within the rest of the Madewell assortment. Similarly, at Madewell stores, MWL is being featured in windows and in designated areas on the selling floor, while pieces also get interspersed with other Madewell styles, to encourage mixing it up. For example, a MWL hoodie will be styled layered under a blazer and half-tucked into a jean. MWL prices are less than $100, but if a MWL top and bottom are bought simultaneously, there’s a 20 percent discount for the “bundle.”

“The concept can stand alone, hence the bundle deal with tops and bottoms, and the web page devoted to MWL. But MWL will live within the total Madewell array also,” Wadle explained during an exclusive interview on how Madewell’s assortment is evolving.

The line reflects Madewell’s efforts to stay connected with customers with relevant fashion, build upon recent sustainability programs, and extend the brand’s track record for growth.

Last year, before the outbreak of COVID-19, reports emerged that Madewell (developed by the legendary Mickey Drexler, who left as ceo of the brand’s parent J. Crew Group in 2017) was losing steam. Some styles and looks that set the brand apart became widely available and were knocked off by competitors.

J. Crew Group filed Chapter 11 bankruptcy on May 4 this year, due to excessive debt and difficulties at the J. Crew brand. The company emerged from bankruptcy last month, completing a four-month restructuring process that involved sharply reducing the debt and bringing in new ownership.

During a bankruptcy it’s difficult to invest in and grow a brand though, according to Wadle, who has been with the brand since it started in 2006, “Madewell has always been on a growth path separate from the restructuring. That has not changed us, in terms of driving the business. We have been only continuing to build toward growth.”

Asked how Madewell was performing lately, Wadle replied, “We were very pleased with our revenue and the productivity of both channels [web site and store] in 2019, and we were excited about how 2020 had started. Then the pandemic hit.”

In March, Madewell unveiled sustainability goals, indicating that by 2025 the brand aims to have 100 percent of its key fibers sustainably sourced and free of virgin plastics, including more sustainable cotton, synthetics, cellulosics, wool and leather. The company also committed to having at least 90 percent of its denim Fair Trade Certified by working with Fair Trade Certified denim factories, and to have 100 percent of packaging materials sustainably sourced and free of virgin plastics. Madewell has also set a goal to ensure all company-owned and operated facilities are carbon neutral by 2030.

On Oct. 6, Madewell launched a recycled cashmere program with 70 percent globally sourced certified recycled cashmere, woven with 30 percent responsibly sourced wool. Since the pre-worn cashmere garments are sorted by hand and by color in the first step of recycling, Madewell eliminates the dyeing process, thereby eliminating solvent and excess water. In November, Madewell will be the first U.S. retailer to offer Good Cashmere Standard certified products, a standard for sustainable cashmere developed by the Aid by Trade Foundation which works to improve the welfare of cashmere goats and the lives of farmers.

Also in October, Madewell launched Insuluxe outerwear, teaming with Nativa wool to create a proprietary wool that Madewell says stands up to the elements and is from farms that meet animal welfare, land management and ethical work standards.

With MWL ath-leisure, “Every fabric in MWL has a sustainable component,” said Wadle. She cited MWL’s “superbrushed” fabric, the label’s softest fabric made from recyclable polyester that maintains shape; a ribbed fabric made from organic cotton that holds its structure, and a fabric for sweats made from 85 percent organic cotton and 15 percent recycled polyester that’s light enough to layer.

It’s Madewell’s standard practice to plan three big deliveries each quarter, which will apply to MWL. A few additional MWL styles will be added monthly, and after the holiday season, some performance pieces will appear.

“Keep in mind that while we are a denim brand — it’s a third of our business — we have a more diverse assortment,” Wadle said.

In September, Madewell learned through its group chat processes — surveys, discussion boards, and when possible, in-person conversations — that 81 percent of its customers have evolved their style since the start of the pandemic, incorporating more casual and comfortable clothing such as sweatpants and leggings.

More surprising was the fact that 60 percent indicated they were wearing less denim, while 46 percent said they will continue wearing the same amount of denim as last year in the next six months. The team has conducted 41 different chats this year. With crowdsourcing, Madewell reaches out to 4,000 to 5,000 individuals, and receives an average of 1,500 responses.

Trends toward ath-leisure could change denim’s percentage of the Madewell mix, which is further evolving with the recent outerwear and recycled cashmere introductions as well as a launch of wool coats last month, though Wadle noted that many women were wearing Madewell’s denim shorts this year.

Madewell also sells a variety of products from third parties, including Kule accessories and apparel and Birkenstock footwear, as well as from products from local makers such as hand-dyed cement planters by Sarah Miller in Austin, Tex., or hand-embroidered hoop art and wall hangings by Ciara LeRoy from Lexington, Ky. In addition, “We do believe ultimately there is an opportunity for men’s to grow,” though not right away, Wadle said. Some men’s products were introduced two years ago.

“Madewell is evolving very much how our community is asking us to evolve, and helping us create what’s next, through out group chats, via social media, and frankly we talk to our store teams on the front lines who tell us how customers are shopping,” said Wadle. “But we remain rooted in denim. It’s the most important part of our brand.” 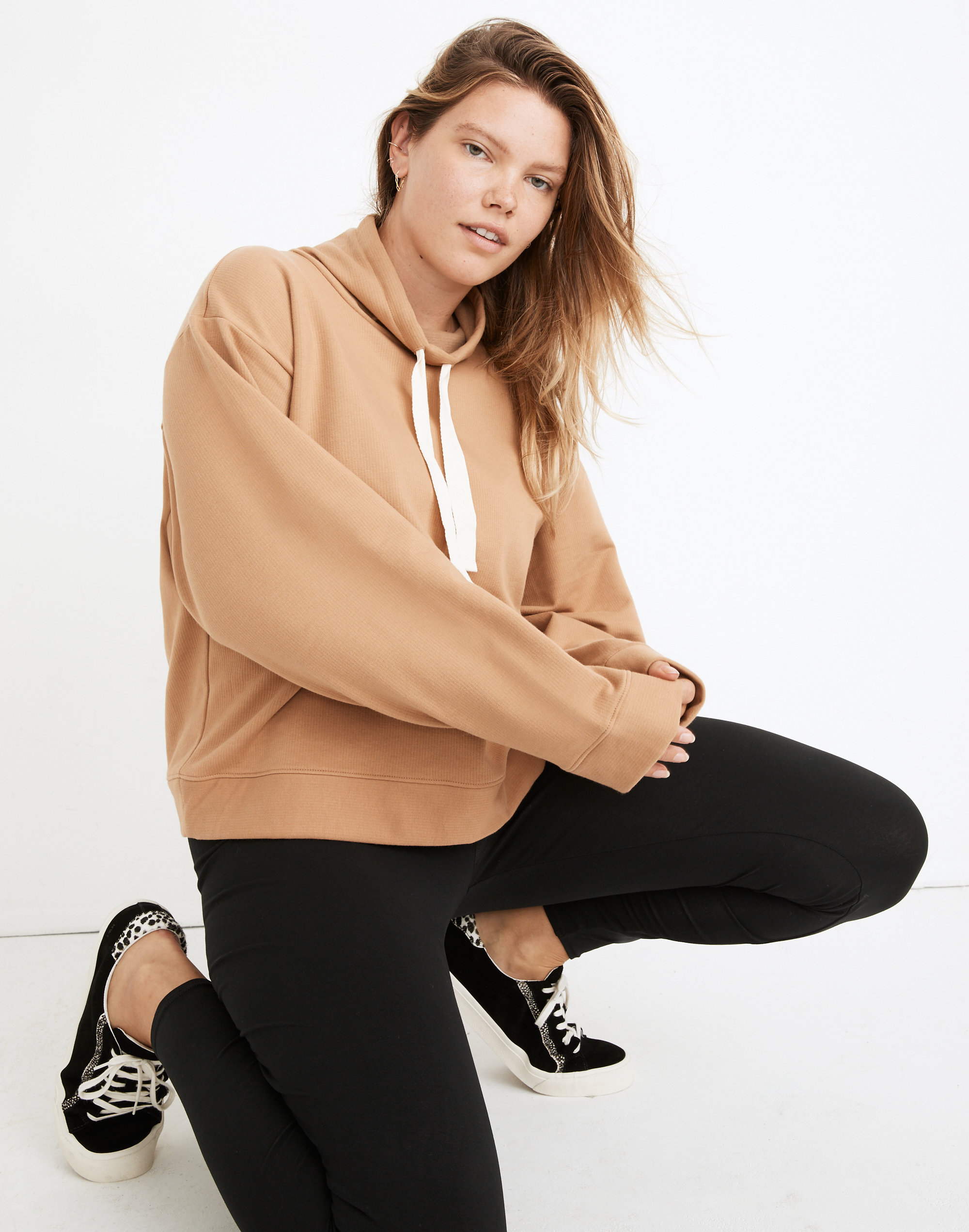