Ala Moana Center in Honolulu, billed as the world's largest open-air shopping center, has added about 300,000 square feet of retail space, including... 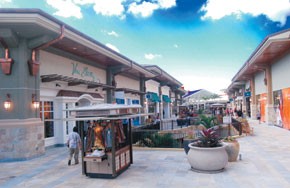 Ala Moana Center in Honolulu, billed as the world’s largest open-air shopping center, has added about 300,000 square feet of retail space, including Hawaii’s first full-line Nordstrom.

The expansion, which got under way in 2006, culminated last week with the launch of 16 of the 30 new retail spaces on a two-level concourse. Among the merchants opening their first Hawaii locations are: J. Crew, Chico’s, Vera Bradley, Design Within Reach, Club Monaco, Metropark, True Religion Jeans, Lululemon Athletica and Wolford.

Milan-based Ponte Vecchio Hotta is launching its first U.S. store along with The Kiss, a Japanese chain that sells jewelry marketed to couples.

The centerpiece is the 210,000-square-foot Nordstrom that features a full-service restaurant and cafes. The retail chain’s decision to come to the island was the impetus for the expansion, center representatives said.

“We’ve been working to get Nordstrom in for a long time and were in conversations with them for about 10 years,” said Sharon James, Ala Moana’s vice president of marketing. “Our customers have been waiting for Nordstrom for so long that people are just flooding in because of built-up demand, regardless of where the economy is right now.”

General Growth Properties, the second-biggest U.S. mall operator and the owner of Ala Moana Center, said the multimillion dollar project increased the center’s size to 2.1 million square feet total, with 290 stores and 70 restaurants.

The mall has a blend of high-end luxury stores, including Louis Vuitton and Neiman Marcus, as well as value retailers such as Longs Drug Store and a Foodland grocery outlet.

“There is local competition, with revitalization in [nearby] Waikiki, where most of the hotel rooms are, [as well as] new retail stores and restaurants in that area, so being larger and adding a fourth department store [along with Neiman’s, Macy’s and Sears] really helps us,” James said.

Ala Moana draws about 42 million visitors a year and ranks in the top three U.S. centers in sales per square foot, according to General Growth. The center has reached more than $1 billion in annual sales each year for the past five years.

“We’re anticipating stable traffic because the Nordstrom and new stores give our local market one more reason to come here — we now have the only Neiman Marcus and full-line Nordstrom in the state, as well as a Macy’s and a Sears,” James said.

The center’s traffic is almost evenly split between locals and tourists, with island traffic making up about 55 percent of the visitor base. “More local traffic is what we’re looking for, even from neighboring islands,” she said.