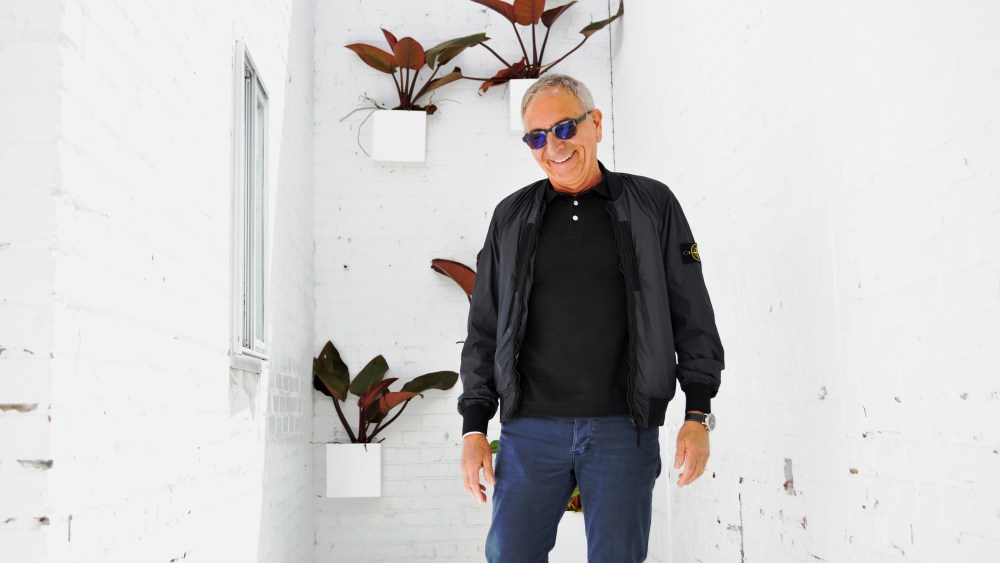 “There’s a difference between that little part of saying ‘hello’ [to a customer] and meaning ‘I want to connect with you and I want you to be a part of our environment.’ It sounds easy, but it’s not,” said Ron Robinson, president and founder of Ron Robinson Inc.

He would know. Robinson has cultivated decades of specialty shop experience to know there’s no substitute for customer service and good product.

Robinson in late 2014 opened his flagship Santa Monica, Calif., location, his first solo endeavor that expanded his brand out from beyond the Fred Segal umbrella. He’s since cultivated a place that’s served as a hybrid store, gallery and gathering space.

Robinson said he’s considering possible shop-in-shop concepts to further enhance the specialty aspect of his boutique and he’s nearing the bend on a food concept he hopes will be ready by early fall. There are plans to branch out further, the specifics of which he said are for another time. The bright and airy patio connecting the main store to the children’s shop is the site of regular Saturday fitness classes for yoga and other types of workouts that draw anywhere from 20 to 40 people for sessions taught by local instructors. In October, Robinson hosted on that same patio a Q&A with actor, director and producer John Malkovich for a group of about 50. Last month saw a conference for women looking to get back into the workplace. There are also exhibits — such as the King Kollection series of photographs featuring Andy Warhol and Jean-Michel Basquiat by Karen Bystedt — that change every six to eight weeks.

“It’s more than just shopping and we’ve always kept that experience going,” said Karen Meena, Ron Robinson Inc. vice president of merchandising and buying. “There’s a real honesty that exists in the brand and it’s not a branding-marketing-p.r. campaign. This is the real deal. We’ve had clients that have grown up with us or customer’s launch their brands with us. It’s an experience that isn’t manufactured because we read some survey, and that’s rare. What we do is almost extinct. How many independent, specialty stores are even around now?”

Meena, who comes from a family with a background in retail and had at one time operated her own store with a partner in Beverly Hills, has been working with Robinson since 1995. She grew up in Los Angeles and knew Fred Segal as the fashion mecca and launching pad for brands and edgy fashion and under Robinson has learned to push the envelope when it comes to buying.

“He always pushes me to think outside of the box,” she said. “Our success comes from taking risks and being creative and adventurous. We’re the original cool hunters.”

It’s through a fashion lens that Robinson, Meena and the rest of the Ron Robinson team use to seek out the best in apparel, art, jewelry, cosmetics, gadgets and more.

“It’s all fashion to me if I’m going to deal with it, and we’re in a dynamic, changing environment,” Robinson said. “Today, yesterday, the Sixties, the Seventies, the Eighties. All of those times we changed how we operated and we’re doing that again today. I always thought it was really wonderful having a business that’s small enough that we have the ability to change quickly. We have the ability to be responsive or pro-responsive to what our customer is looking for and today is very challenging because we have the Internet and we have on most streets in America a retail set that includes vertical operations and streets one after another after another selling a single brand and it’s become quite mundane.”

So how does a retailer go against that tidal wave of sameness? Robinson often uses the word “cool” to describe what he sells and while he said that word encompasses good design and quality, it also boils down to an inherent feeling that comes with experience.

Part of that may be attributable to retail being in his blood, having come from a family of merchants.

Robinson’s grandfather on his mother’s side operated a dry goods store in El Paso, Tex., where he would peruse the merchandise and play with the adding machine. His grandfather on his father’s side operated a men’s store in Canada. His mother worked for her brother, who operated fashionable maternity stores in the late 40s and on through the mid-60s. So it was no surprise Robinson, who originally wanted to be a veterinarian, found himself naturally good at retail.

He started off at men’s sportswear retailer Mattson’s on Hollywood Boulevard and then later went on to work for Fred Segal.

“One of the earlier things I remember doing was watching others in the store who were really successful at [selling],” he said. “There was not only the conversation about it, but how you show things to people. Here’s the difference. You take a $300 item and you go ‘Here, try this.’ And all of a sudden that $300 item turns into a $10.99 item. But if you take a $15 item and you bring it out, and you show it [and say] ‘Here, touch this fabric. Look at the buttons on this fabric. Look at how the construction is.’ All of a sudden that $15 item is a $300 item. It’s all about presentation. It’s all about communication and that was one of the first things I wanted to achieve. Merchandising is key to me, always.”

Thirty-seven years ago, Robinson had a saying placed on the floor of his Melrose store that reads “Old World Values, New World Vision” — a statement reflecting a constant in how Robinson has operated through the years.

“There are a lot of very important things we have to continue,” he said. “I don’t know if it’s traditional. I just know it’s good operations and good experiences.”

For More on Ron Robinson in WWD:

Fred Segal’s Boutique in a Box