The site aims to satisfy customers worldwide with virtual browsing, highly-detailed images of the jewels, and a multilingual sales staff. 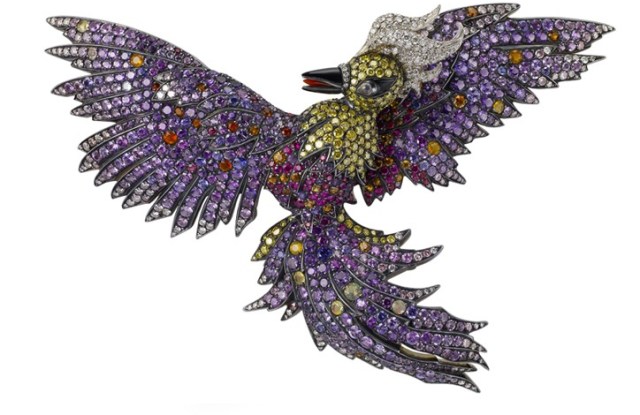 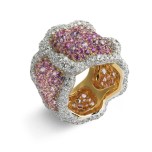 LONDON — In Saint Petersburg at the turn of the 20th century, Russian aristocrats and bourgeoisie happily bundled themselves in furs, and boarded their sleighs for a trip to Peter Carl Fabergé’s lavish shop on Bolshaya Morskaya to pick out bejeweled Easter eggs, jewels, and objets d’art for the home.

Now luxury goods customers worldwide can leave the furs in the closet and make their Fabergé purchases with the click of a mouse. From today, the French name synonymous with twinkling, colored enameled eggs that sell at auction for millions of dollars is being relaunched as a fine jewelry brand, with a global, online flagship store.

Faberge.com, a Web site created with IBM, aims to satisfy customers worldwide with virtual browsing, highly detailed images of the gemstones and jewels, and a sales staff fluent in 12 languages, including Mandarin, Cantonese, Arabic and Portuguese. The jewels — whose prices start at 30,000 euros, or $50,000, for an Emotion ring encrusted with precious gems — can be purchased via bank transfer and will be hand-delivered anywhere in the world, according to the company.

“The customer is in the driving seat,” said Mark Dunhill, chief executive officer of Fabergé, which was purchased by Pallinghurst Resources in 2007. “We want to ensure that anybody who wants to see a piece of Fabergé can do so, and we will have a team of sales advisers on call 24/7 to guide our customers through the collections.”

Dunhill and his team unveiled the first full Fabergé collections on Wednesday at Goodwood House, the Regency-era stately home on an 11,000-acre estate in West Sussex, England. The curving, organic jewels are ablaze with precious gemstones and inspired by the natural world, Russian folklore and fairy tales, painters such as Wassily Kandinsky and Marc Chagall, and Sergei Diaghilev’s Ballets Russes.

Although there is no direct link between Fabergé and the Earl of March and Kinrara, who owns the Goodwood estate and lives there with his family, Dunhill said he wanted to evoke the brand’s past grandeur. Fabergé was the Romanoff family’s preferred jeweler — Tsars Alexander III and Nicholas II were fans — and their lives, loves and travels were an endless source of inspiration for Peter Carl Fabergé.

Dunhill’s team includes Tatiana Fabergé, the 79-year-old great-granddaughter of Peter Carl, who has spent decades researching and writing about her ancestor’s work, and Tatiana’s 51-year-old cousin, Sarah Fabergé, who had designed and sold jeweled eggs in London under the label St. Petersburg Collection. Katharina Flohr, most recently jewelry editor of Tatler, is the creative director, and the French artist-jeweler Frédéric Zaavy is chief designer. Some of the pieces, such as the firebird brooch, which glows with pink and black diamonds, and a green garnet-clad seahorse brooch, were purchased from Zaavy’s latest collection, and integrated into the new Fabergé offer.

More collections are in the works, and will launch over the next months, including a white diamond jewelry line and men’s watches made by Mohr Time, a Germany-based jeweler.

Dunhill clearly believes Fabergé has a glittering future. “Had the bloodline been unbroken, the Fabergé name today would have been comparable to Cartier, Tiffany and Hermès,” he told WWD, referring to Fabergé’s abrupt closure when the Bolsheviks stormed Saint Petersburg in 1917 — and seized much of the store’s merchandise.

Dunhill said he is looking to build up a base of 200 to 300 regular customers in two to three years’ time, but declined to give any sales projections. He is also planning to open a 1,600-square-foot bricks-and-mortar store and showroom in Geneva next month.