At Fame, Moda, Retailers On Hunt for Animal Prints

Animal print is not dead.

At least that was the vibe at this week’s Fame and Moda shows in Manhattan, as attendance remained steady compared with last year’s trade shows.

Starting on Monday, retailers began their shopping expeditions for fall and winter 2019, many flocking to the New York Women’s Fashion Market at the Jacob K. Javits Convention Center for inspiration. One thing was clear: seemingly every booth at both the Fame and Moda trade shows had some sort of animal-inspired fashion.

From leopard to cheetah to snakeskin, animal prints in almost every color filled the convention center, ending any notion that the animal-print trend was over. 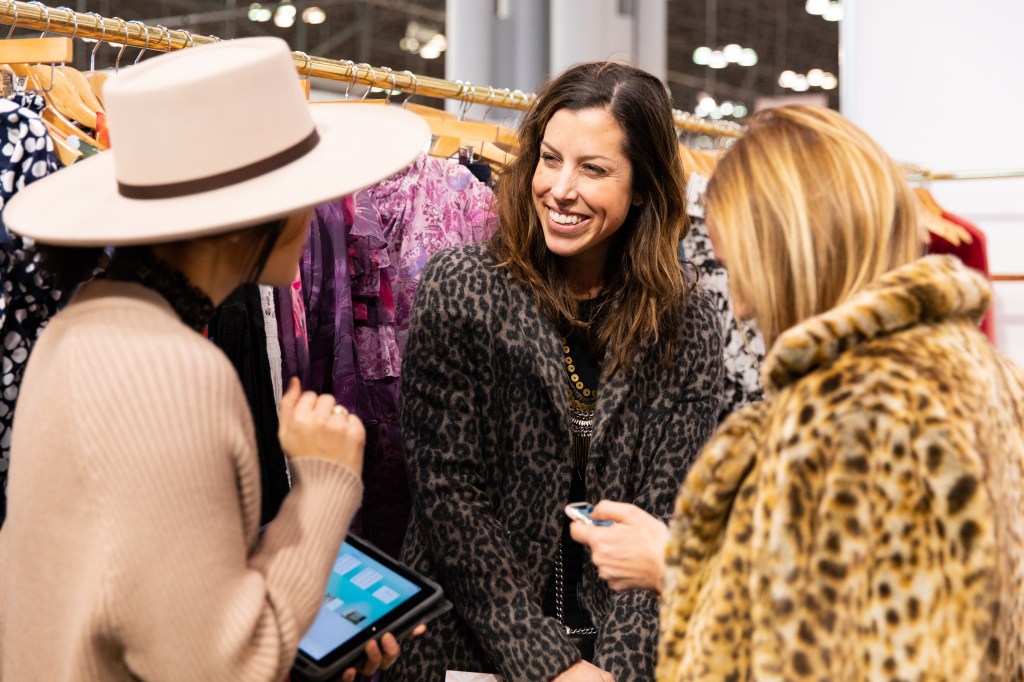 Attendees at the Fame and Moda showed off a variety of animal-skin patterns.  Courtney Collins / Jenna Bascom

“It’ll never be over,” said Larry Liverman, vice president of sales and merchandise for Michael Tyler Collections. “It’s bigger than you think.”

Natalie Asselstine, in-house brand manager for Los Angeles-based Glam, a wholesaler and direct-to-consumer vendor, added, “Everyone is freaking out about snakeskin.”

Martin Lindstrom, a brand expert, said the trend has to do with younger generations wanting to feel connected to nature. 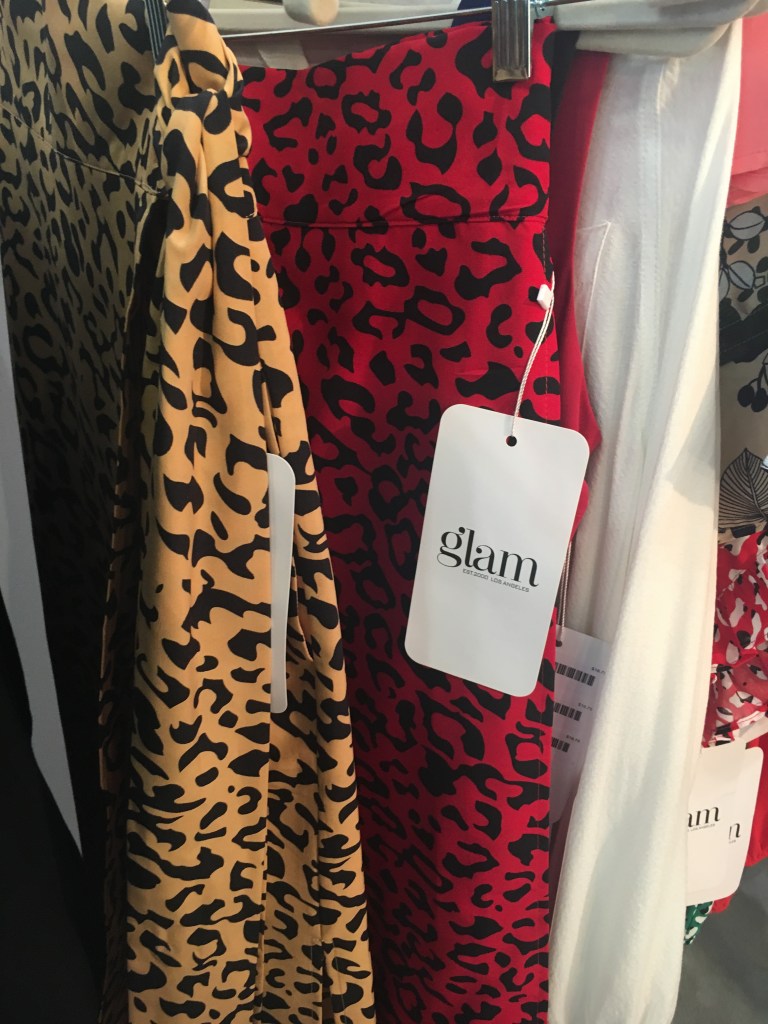 The event, run by parent company Informa, is comprised of four trade shows. Fame and Moda feature ready-to-wear women’s apparel and accessories. The two trade shows occur multiple times a year — twice under the Coterie marketplace umbrella, in February and September — as well as other times throughout the summer.

About 70 brands showed up for Fame, which showcases slightly more casual attire for a younger demographic. Vendors sell to companies like Urban Outfitters, Asos, Lulus and Saks off 5th.

“Fame was busy and had an energetic vibe throughout the three days creating both Fame’s brands and buyers to be pleased with their show experience,” said Kelly Helfman, president of Informa’s West Coast women’s division. 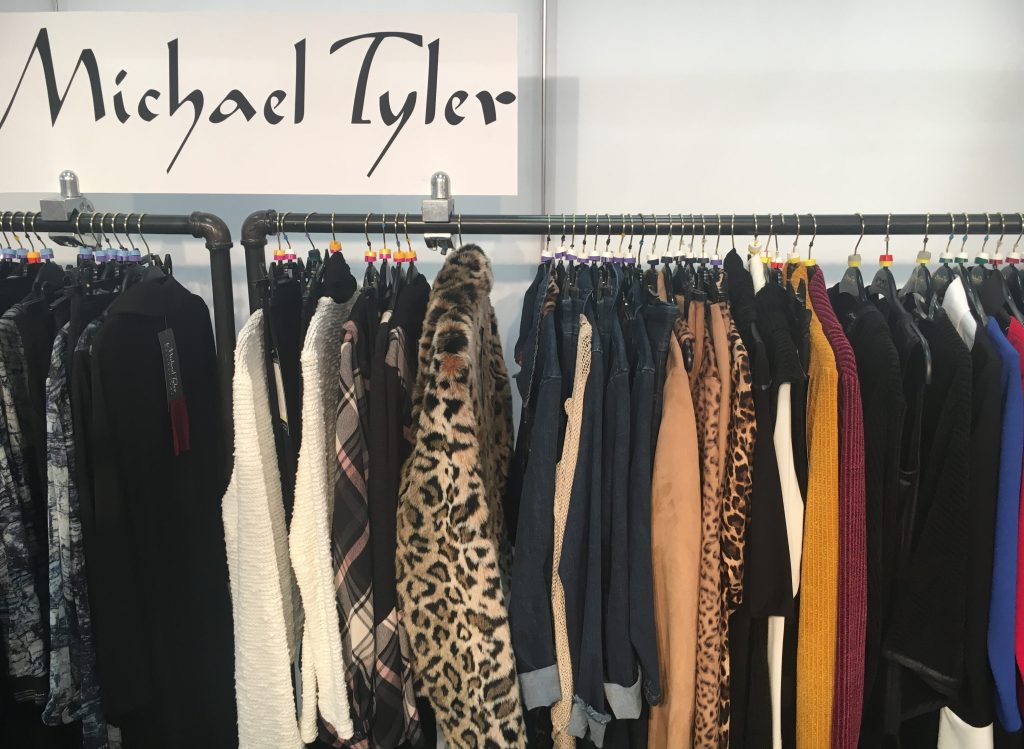 While concerns over President Trump’s latest round of tariffs and the harm they could pose on businesses were on people’s minds just one month earlier during a similar trade show in Manhattan, the mood for manufacturers and retailers at the biannual trade show was upbeat.

Laura Boles, marketing director at Cocobleu, said they’re “not worried about tariffs,” even though they’re owned by a larger company in China.

Christina Sanchez, northeast representative for apparel company Elan, echoed the sentiment. The Miami-based apparel company has some production in China and India, but despite the link, Sanchez said Elan is “not really” worried about tariffs.

Meanwhile, retailers had other things on their mind. Like faux-fur, reversible jackets, see-through mesh tunics and jumpsuits.

In addition to the coats, Song said there was a line out of the Cocobleu booth with retailers trying to get their hands on the company’s pom-pom sweater. 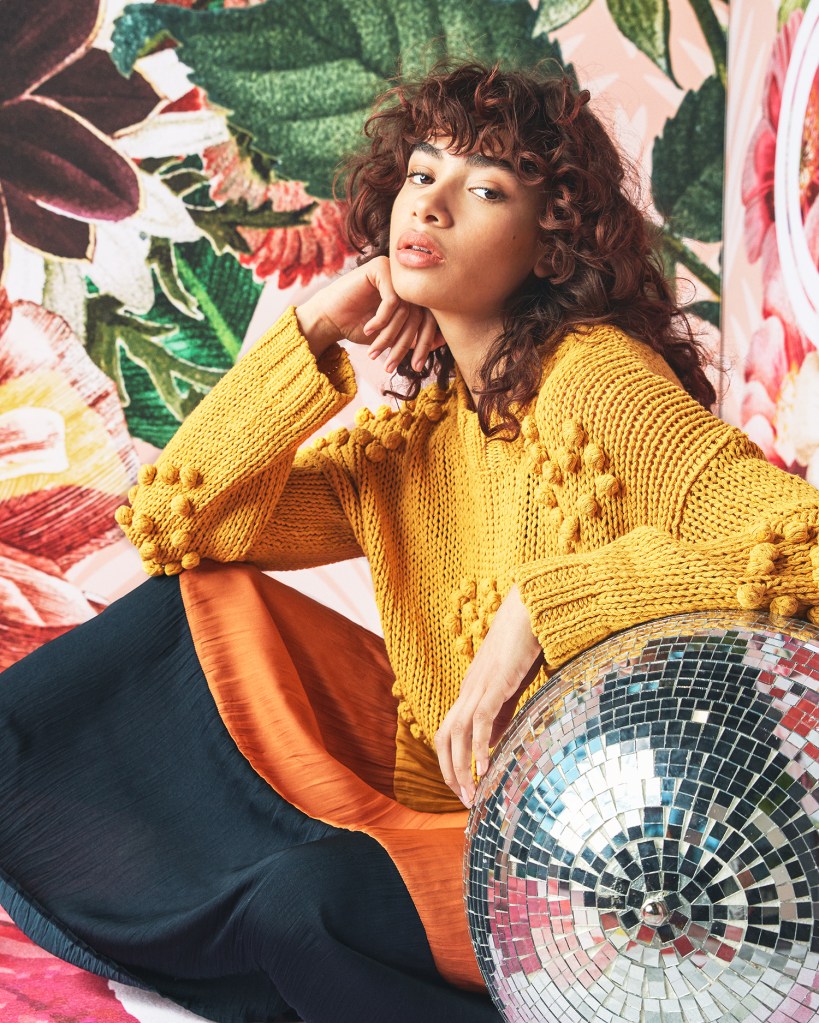 The designer got the idea for the sweater after visiting China last year and taking in the architecture. But she had no idea it would be so popular.