The Seventies and Tariff Worries at Fame and Moda

Retailers are on the hunt for fall fashions, which have a retro appeal, as vendors worry over the trade war. 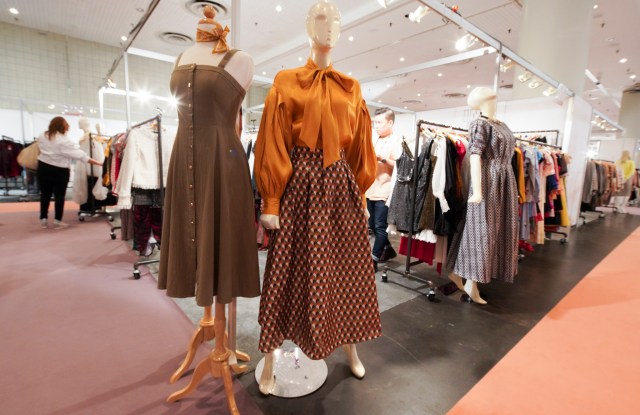 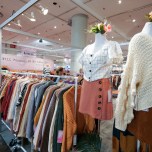 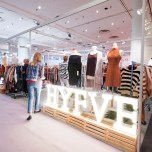 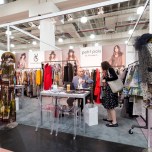 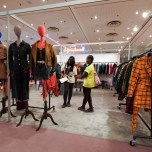 Vendors and retailers at the Fame and Moda trade shows — held Sunday through Tuesday at the Jacob K. Javits Convention Center here — were ready to talk style, but nervously watching the international intrigue of the U.S.-China trade war.

But some vendors were sweating the uncertainty over tariffs on China-made goods and said retailers were scaling back spending. In May, the White House said it would impose additional tariffs on all Chinese imports not already targeted in the trade dispute, including apparel and footwear. The levies would total 25 percent and come on top of existing duties, which average about 13 percent. Many companies have already begun reducing their footprint in China, moving production to other countries. Others say it’s a waiting game as brands vie to see which ones can they take on additional costs and survive.

“We can raise prices, but that’s obviously going to make [our buyers] mad,” said McGuire, who added that buyers will just go to the cheapest source. “Even if they know exactly why the prices go up, they’re still mad about the prices going up.”

Even so, James Lee, owner of Los Angeles-based wholesaler Dreamers by Debut, said raising prices might be the only way for a small company like his to survive if tariffs become a reality.

“We’re kind of stuck,” he said. “Raising prices is something we’re not looking forward to. But we don’t have a lot of other options. [The tariff prices are] obviously something we can’t handle ourselves.”

But style is something within the control of vendors — and many are going for the Seventies vibe.

“People are selling color,” said Francine Rich, senior sales manager for the shows. “I see a lot of prints, too. And shapes are changing. Like pants might be closer to the body and a little bit more flared. Just the silhouettes are cleaner in that vein.”

About 80 brands — names like Beulah Style, Dress Forum, Glam, Lucy Paris, Steve Madden — signed up for Fame, which runs several times a year, to show off their fall collections and some resort looks, too. Fame vendors feature trend-driven looks for Millennial or Gen Z consumers and sell to companies such as Urban Outfitters, Asos, Saks Off 5th and Shopbop.

Meanwhile, buyers from stores like United Arrows, Saks Fifth Avenue, Harvey Nichols, Barbara Jean and Julian Gold, along with indie boutique owners, were on the hunt for the latest looks at Moda, which had 125 booths filled with modern, edgy fashions.

“Every year there’s a specific trend, that for whatever reason, it blows up and then all the vendors will start chasing into that trend,” said Dreamers’ Lee, whose business sells to Nordstrom and T.J. Maxx. “But this year there’s not that one trend where everyone is confident enough to make a big bet on it. So there’s all these little trends that people are betting small money on. That’s the reason why you see a lot of different things,” Lee said.

Even so, while the assortment changed from vendor to vendor, one theme was consistent: Seventies-inspired color patterns in mustard yellows, shades of pale brown, terra-cotta clay, metallics and copper tones.

“We actually had the mustard last year, but it seems to be even hotter this year,” said Eddie Penn, owner of Penn Centrall, a multiline vendor that includes brands like Luii and Adore.

And floral patterns, leopard prints and stripes graced everything from A-line skirts to maxi dresses to chunky sweaters.