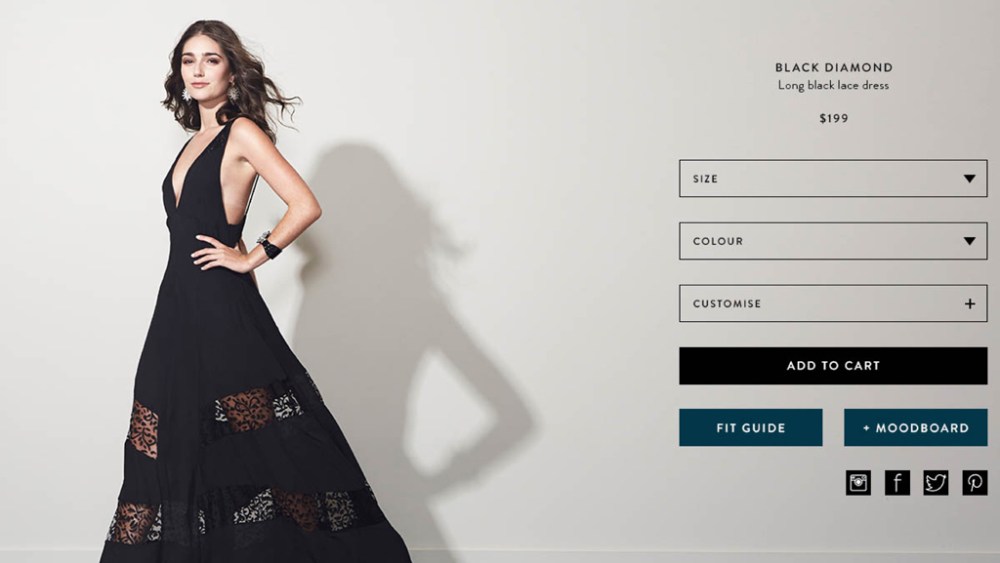 Asos has teamed with Australia-based custom dress e-tailer Fame & Partners on a capsule collection due out in April.

The 12-piece collection will be sold exclusively on the London-based e-tailer’s site.

It’s the second collaboration Fame & Partners has done, the first of which was with Australia-based online apparel and footwear retailer The Iconic.

Fame & Partners has gained a following with its dress offering that gives shoppers the option to customize their garments, which are priced between $149 and $349.

The capsule with Asos will follow a Web site refresh set to go live next week, which aims to attract an older customer with more interactive features, including a tool assessing a customer’s style profile. There’s also an option that lets customers create their own mood boards.

The idea is to attract more Millennial shoppers to the site, which pulls in what Fame & Partners founder Nyree Corby characterized as “young women.”
“We are obviously now targeting a much wider Millennial female with the new site launch,” she said.

Corby comes from a diverse background. She founded a consulting company at 21 and three years later started a digital services business. She spent the six years prior to Fame & Partners’ 2013 launch in the early stage venture technology space at firms such as Crescendo Capital Partners and Spark Capital.

Fame & Partners closed on an undisclosed angel round last year, which included investments from Creative Enterprise Australia and the Sydney Angels Sidecar Fund.

A seed round is planned this year, Corby said.

The company entered the U.S. about a year ago and is focused on “aggressive” growth in North America over the next six to 12 months, with the Asos collection expected to bring in more U.K. customers.

Corby hinted at deals with two major retailers, one in Australia and one in the U.S., over the next 12 to 24 months that would materialize in a pop-up concept.

“Part of what enables us to offer the pricing that we do to customers is keeping as much as possible online,” she said. “However, the nature of shopping for a special event sometimes means that people do want to look and touch [product].”