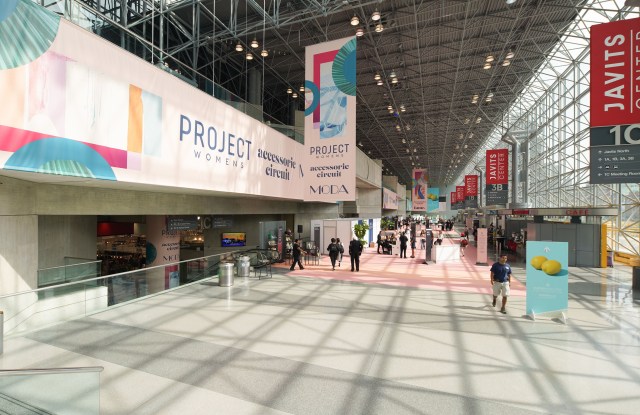 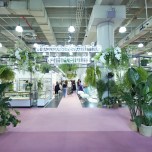 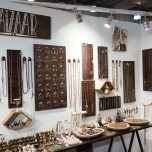 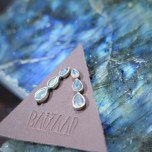 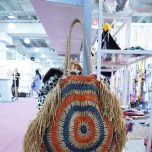 Hyfve, the L.A. brand, pitched its styles to suit the unfolding fall season. The brand, among dozens of vendors Monday at the Fame show on day two of the New York Women’s event at the Jacob K. Javits Convention Center in New York, carried knits and jackets in fall colors from olive to rust.

But its prices are part of how it hopes to reel in smaller boutique retailers still on the prowl for fall wear in August. Many of its styles, made in China, are in the $12 to $25 range wholesale, said Adrian Bolanos, sales supervisor at the brand.

“A concern is how retailers will react to prices that are higher,” he said.

The month of August, wedged in that awkward transitional phase between seasons, can be tricky in terms of inventory planning, said vendors. Big retailers are likely stocked well in advance of the fall season, and already starting to look ahead into the spring and summer of 2020. Smaller local boutiques, who are the bigger audience for the August shows for fall apparel, are still looking to flesh out their seasonal merchandise, said Danielle Licata, President of Coterie and East Coast Womenswear.

“This is their last chance to stock up for the fall and to get their shipments by the end of September,” she said.

Stacy Besch, who owns a small boutique in Iowa, was eyeing Hyfve’s wares while on the lookout for fall and winter apparel. The designs most in demand for the season are stretch jeans, camouflage print, comfy knits and jackets, she said, but she was also looking in particular also for vendors who would be able to ship between September to December.

The trade show event, which includes vendors in the Fame, Moda, Accessories the Show and Accessories Circuit shows, runs from Aug. 4 to Aug. 6. UBM Fashion produces the event as well as others including Coterie and Magic.

Some vendors, observing that socially conscious messaging is increasingly resonating with customers, sought to work that into their pitch to boutique retailers in attendance.

Michigan-based America & Beyond’s “boho luxury” aesthetic is manufactured overseas but, it insists, ethically. Its brightly colored and multitextured bags, garments and rugs are sewn, woven and embellished by hand by some 700 workers in factories around New Delhi in India, said Natashka Manthen, the brand’s director of sales.

Manthen emphasized the factories are air-conditioned and that the workers, including many from generations of local artisans, are paid fairly.

“We make sure we’re treating the employees as we’d want to be treated,” said Manthen.

Baizaar, which sells handmade jewelry from countries including India, Nepal and Thailand, has a similar branding narrative. The company’s cofounder, Andrew Diamond, said its pieces reflect the kind of metal smithing and stone cutting trade passed down through generations.

Proceeds from sales of the jewelry, some of which bear richly colored gemstones including lapis lazuli and labradorite, don’t go back to local artisans, but Diamond said the company pays them what they ask for, “no haggling or negotiating.”