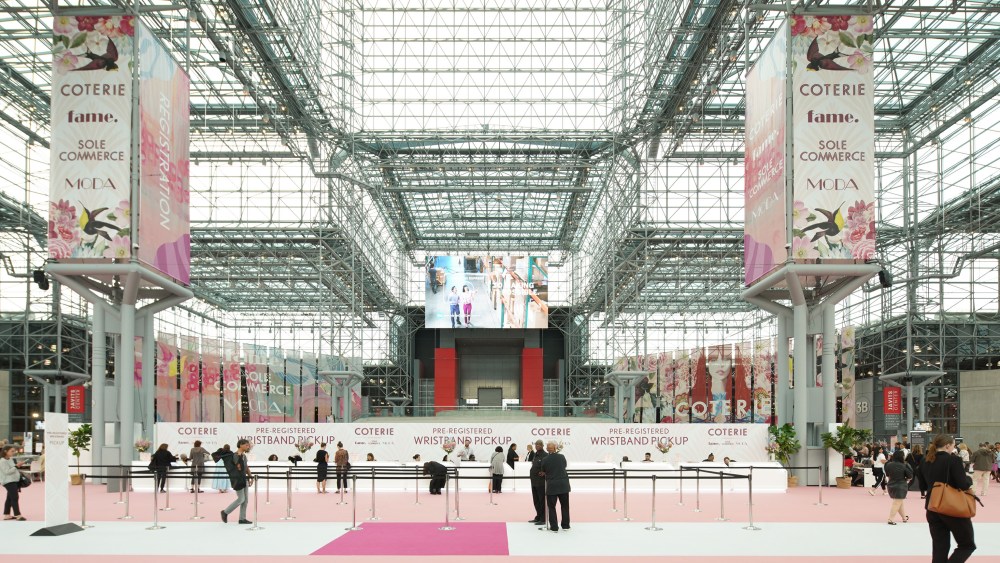 NEW YORK⁠ — Spring is going to be bright.

While tariff concerns were on hold⁠ — at least for now⁠ — a rainbow of colors at the Jacob K. Javits Convention Center was impossible to ignore.  Shades of neon, sequin garments, bold patterns and splashes of tinted animal prints filled the Manhattan convention center for the Fame and Moda trade shows, which ran Sunday through Tuesday.

“Muted is over,” Paul DiGiovanni told WWD. “Everything is about bright colors.”

DiGiovanni, retail director and buyer for the West Palm Beach boutique and spa Anushka, was in town for the shows, which run several times a year as part of the New York Women’s Market under parent company Informa Markets.

But he wasn’t the only one looking for colorful frocks. Moda, with 270 brands displaying modern, edgy fashions — many taking up larger spaces — was the biggest ever, according to Sara Vaughn, director of public relations for Informa. Attendance at Fame, which featured trend-driven looks for Millennial and Gen Z shoppers, was also up double digits compared with last September’s show, with about 100 brands.

And nearly every booth at the shows, which ran concurrently along with the Coterie and Sole Commerce shows, had splashes of neon.

“People want bright colors right now because politics are so dark,” said Katherine Way, founder of her namesake brand. Her spring collection is full of eye-catching power dresses in hues of neon pink and Kelly green.

While 100 percent of products from Way’s Jacksonville, Fla., company are made in the U.S., other retailers are stressing about the continued trade tensions between the U.S. and China.

U.S. and Chinese officials are set to resume tariff talks next month in Washington, D.C.

Meanwhile, companies like Margulies,’ which has a U.S. warehouse, are looking to move production out of China. Others, like Los Angeles-based apparel manufacturer Le Lis, said the company might consider making more clothes domestically, according to trade show coordinator Brandon Kim.

Either way, one thing retailers can control is what looks will be in stores next season — to an extent.

“At the end of the day, the consumer decides,” said Natashka Manthen, director of sales for Michigan-based apparel company America and Beyond. “We try to drive trends, but they drive sales.”

One thing that’s in demand right now is color.

“People are color crazy around the country,” Margulies added.

But the presence of neon doesn’t signal a return of the Eighties. In fact, the running theme seemed to be a mix of Eighties colors cut with Seventies silhouettes, like bell bottoms, floppy hats, deep V-neck tops and neon-tinted tie-dyes.

Manthen, who was showing at Fame, pointed out a clutch covered in neon sequins and the letters “LOL.” The color scheme, she explained, was inspired by an old wind suit in her closet from the Eighties.

“I don’t know if people are ready for the Eighties to come back yet,” Manthen said. “They want the colors back, but I don’t think they want the style.”