Executives who were groomed at fashion’s largest brands are now taking the lead at hot startups.

By Evan Clark and Rachel Strugatz on May 14, 2015
View Slideshow 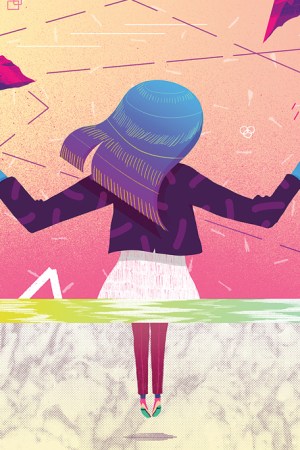 The next leg of the digital revolution is being led by some more-seasoned hands.

It took Andy Dunn to conceive of and build Bonobos into a hot brand. But the founder acknowledged that other skills were needed to bring the company to the next level and said he would cede the corner office to Coach veteran Fran Della Badia.

“She knows so much that we don’t know,” Dunn said of Della Badia. “A lot of the physical retail side that we’re bringing a new angle to is new to me.”

Bonobos isn’t the only tech-savvy fashion player to turn to a refugee from the C-suite who is familiar with much larger companies with significant retail operations. Nasty Gal brought on board Lululemon veteran Sheree Waterson last year and named her chief executive officer in January.

Some of the buzziest brands today were founded by tech-savvy entrepreneurs who never imagined they’d one day be wanting to ramp up substantial retail operations to fuel growth. These tech-oriented companies are generally well-funded, with backers who will want to see a return on their investments as the brands evolve and grow.

Much of the visionary work of the founder has already been done. This next phase is less about defining the brand and more about meeting the customer wherever they are, be it in a store, on a desktop or, increasingly, on mobile devices.

This is where Della Badia, who was head of Coach’s North American retail operation, could shine, since Bonobos is in expansion mode. The brand is expected to have 20 freestanding doors, or Guideshops, by the end of the year, as well as distribution at all 118 Nordstrom doors and select Belk locations. By comparison, Coach ended last year with over 500 owned stores in North America.

It’s a symbiotic relationship. Della Badia brings a wealth of retail knowhow and Bonobos brings the cache of a fast-growing start-up.

Smaller companies can also offer a second chance to executives who have become associated with some kind of misstep. Nasty Gal’s new chief, Waterson, was chief product officer at Lululemon for five years and became a casualty of the brand’s recall of too-sheer yoga pants.

Tech is, after all, the world of failing quickly, learning from one’s mistakes and moving on. And it’s a world of fast-paced challenges. A place for a doer.

“The big fish sitting at the helm of Coach for your whole career is not as hip and rewarding as being able to roll up your sleeves at a $50 million business and take it to a quarter of a billion dollars — or taking a $250-million business and bringing it to a billion-dollar business,” said Bryan Zaslow, an executive search expert.

Zaslow said the next step for a senior executive with a “great pedigree” is to lead a younger company — to be the big fish in a smaller pond. A company that found its footing online and is less than a decade old gives a ceo more power than they could ever have at a heritage brand, where it can take months to get signed off on a single decision.

“Most executives are at some point irked by how much bureaucracy there is [at an established company],” Zaslow said, adding that start-ups can be rewarding because of “how little red tape there is.”

And in many cases it’s a new approach that is what is needed as brands try to connect with ever-shifting consumer preferences.

“Between acclimating to the world of social media and perfecting e-commerce platforms, the industry as a whole has had to change its ways in order to reach the Millennial customer,” said Marissa Klein, founder of the fashion and media division of Choice associates.

Julie Bornstein left her job as chief marketing and digital officer at Sephora to join four-year-old e-commerce site Stitch Fix in April as chief operating officer. She told WWD last week that the speed at which technology is breeding new models and changing the business landscape is “pretty dramatic.” Bornstein said she’s naturally drawn to innovations and smaller companies have a freedom to “think differently” that larger establishments still lack.

“[Stitch Fix] gets smarter over time as it captures more data on individual clients, product and consumer behavior,” Bornstein said. “It’s the marriage of art and science. We have this network of stylists who are custom-picking product for clients and are informed by this immense amount of data.”

The companies on fashion’s cutting edge have to be getting smarter all the time. One way is by bringing some experience into the mix while retaining the energy of the start-up.