A number of major U.S. retailers and brands are stepping up efforts to aid victims of the typhoon in the Philippines.

By Karyn Monget and Bambina Wise on November 25, 2013
View Slideshow 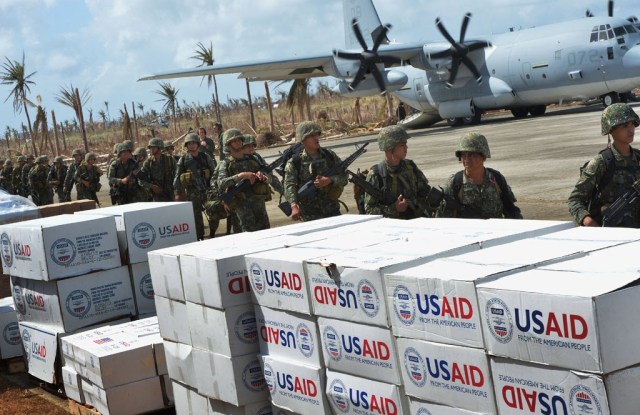 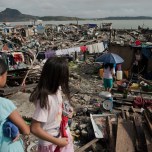 The fashion industry is stepping up efforts to aid victims of Typhoon Haiyan in the Philippines.

A key manufacturing area for apparel, innerwear, accessories and lace and embroideries, the death toll in the Philippines rose to 5,209 and the number of injured was at 23,404 as of Friday. Some 1,582 are still missing, according to the Philippine News Agency.

Among the champions in raising much-needed donations for typhoon victims is Josie Natori, chief executive officer of Natori Co., who is galvanizing individuals and companies to aid people and areas impacted by the devastation in her native country. Natori, who was in Manila a few days after the typhoon hit, has been working closely with the Philippine fashion industry as well as Dick Gordon, head of the Philippine Red Cross. Her initiative through a link on natori.com has helped bolster donations for relief efforts to charities that include UNICEF, Doctors Without Borders, Habitat for Humanity, World Vision, Save the Children, International Rescue Committee and the American Red Cross.

“The Rockefeller Foundation and Rockefeller Brothers Fund have donated $250,000, and Philip Morris International along with their partner in the Philippines, the Tan Yan Kee Foundation, has pledged $2.5 million over the next three years,” said Natori.

“It’s been a real humbling thing to see…the images on TV were horrendous.…But it’s really heartwarming to see how many people from around the world are helping relief efforts. Even the Japanese have brought in tents that look like hospitals with updated technology, and doctors are coming in from Europe, as well as local doctors from all over the Philippines.

“But it’s going to be a long haul, and when the news dies down, we have to keep things going,” said Natori, who will be attending a one-night benefit concert this evening titled “Here Lies Love,” a musical based on the life of flamboyant former First Lady of the Philippines Imelda Marcos. All proceeds from the event will go to Doctors Without Borders.

Former Talking Heads front man David Byrne is reviving the acclaimed musical he cowrote with Fatboy Slim, which completed a successful Broadway run in July. In a statement, Byrne said the event “is about the resiliency of the Filipino people — it couldn’t be more timely. Upon hearing about this tragedy, the cast contacted me about doing a show to raise money. Most of our cast is Filipino, and all of us feel the same way. It’s personal for all of us.”

Natori noted that she has embarked on two other initiatives to bolster aid to typhoon victims: an open letter to be published in the January issue of Departures magazine, and a collaboration with Colin McDowell, a former fashion critic for the London Sunday Times and founder of Fashion Fringe, on an initiative that supports young designers.

A number of major U.S. companies have joined the fund-raising cause, including Macy’s Inc., which pledged $50,000, as well as Oscar de la Renta, Saks Fifth Avenue, Dillard’s Inc., Barneys New York, Nordstrom Inc., Neiman Marcus Group, Charming Shoppes Inc., Lane Bryant, Gilt, Tianhai Lace and Rustan’s of Manila. Personal donations have been made by Stephen I. and Karin Sadove, Ron and Georgia Frasch and employees of the Natori Co.

Others in the fashion industry are also raising funds.

The roster — which is growing by the day — includes the Council of Fashion Designers of America, Fashion Girls for Humanity, the Polo Ralph Lauren Foundation, Jones, Kids in Distressed Situations, Fashion Delivers, Kara Ross New York and Hanesbrands Inc.

Regarding other charitable efforts from the fashion industry, Kolb said the Polo Ralph Lauren Foundation made a direct donation on behalf of all Ralph Lauren employees to the American Red Cross specifically for the Typhoon Appeal Fund, and in addition, will match employee contributions on a dollar-for-dollar basis.

He further noted that Kara Ross began working with a group of artisans in the Philippines on woven handbags and her company will be donating 25 percent of the retail price of each bag to organizations that are coordinating relief efforts. The handbags, which include clutches and day bags, are priced from $670 to $1,170, and will be sold exclusively at kararossny.com.

K.I.D.S. and Fashion Delivers have collected $6.3 million in product donations since the two charities — which are expected to merge in December — sent out an e-mail blast to manufacturers and retailers a week ago, said Denise Durham Williams, president of K.I.D.S. Key items are T-shirts, jeans, underwear, socks, rubber-soled shoes, blankets and towels.

“We are not first responders.…But Operation Compassion, which has a wide network throughout the Philippines with 600 churches and parishes, got clearance through the Philippine government, so we are partnering with them,” explained Williams.

“It will be a six- to eight-week process for the goods being donated, from the consolidation to containment, and then shipping. It was a very successful process for us with Haiti after the earthquake, where we sent between $35 million and $40 million in goods,” said Allan Ellinger, chairman of Fashion Delivers. “Operation Compassion has agreed to handle freight and shipping costs from the U.S. to the Philippines — that’s very expensive.”

Ex-pats of the Philippines in Manhattan are also pitching in.

Custom rug and textile designer Inigo Elizalde launched a special sample sale in his studio offering a selection of signature embroidered throw pillow covers, all hand-made in the Philippines. Suggested retail is $75 to $100. The pillows can be purchased at accompanyus.com, and all proceeds will go to the Philippine Red Cross, said Elizalde.

In the global manufacturing arena, Matt Hall, chief communications officer for Hanesbrands, said donations to victims of natural disasters has long been a Hanes hallmark.

“We donated $20,000 to the American Red Cross for relief efforts in the Philippines. We have approximately 20 employees in the Philippines who manage our commercial selling business there. All are safe, accounted for and unharmed by the typhoon. We have a tradition of aiding countries and communities affected by natural disasters when we have employees in those places. Past assistance has gone to China and Haiti after earthquakes, Japan after the tsunami and the U.S. after hurricanes, tornadoes, floods and oil spills,” said Hall.

The celebrity connection to raise donations in England for the Philippines is going full throttle.

Jamie Oliver, Alan Rickman, Stephen Merchant, Lisa Snowdon, Nigel Havers and New Direction were among the big names manning the phones at the BT Tower in London on Monday for the DEC Philippines Typhoon Appeal. Public response has been significant, and the DEC has so far raised 35 million pounds, or $56 million, which will go toward providing food to the 2.5 million people who have gone hungry, as well as shelter for 900,000 people who have lost their homes.

In Hong Kong, Tina Leung, the stylist and blogger, joined the likes of Dee Poon, Olivia Buckingham, Divia Harilela and Victoria Tang in donating “funky fab items” for the Haiyan Relief Charity Sale, with all proceeds to benefit typhoon victims.

“There’s no reason not to help,” said Leung. “There has been so much devastation, and as neighbors to the Philippines, we want to do what we can to help out. We in the fashion world have so much to give, really, with lots of things to donate. I’m still editing what I’ll be donating, but I’m thinking lots of clutches and bags, some iconic Fendi clutches, perhaps. I’m hoping the event will generate enough interest to make everyone want to come and do their part.”