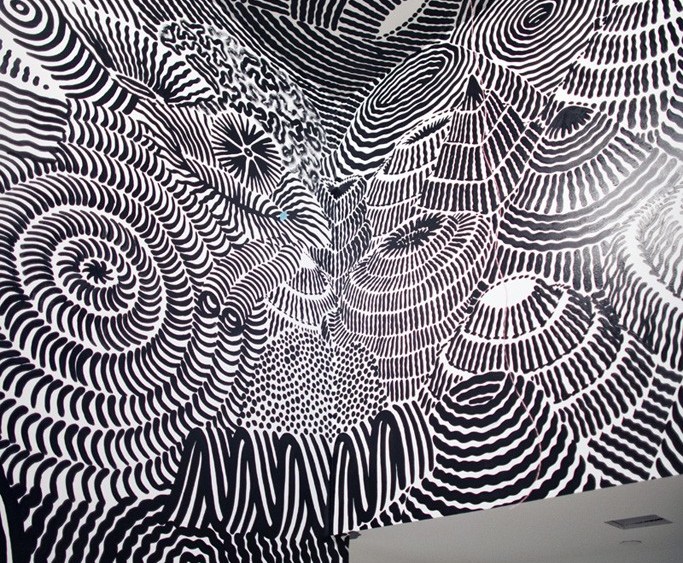 Fashion Outlets of Chicago doesn’t look or act like a typical outlet mall.

With its location in Rosemont, Ill., next to O’Hare International Airport, the $250 million, 530,000-square-foot center is aimed at local Chicagoans and travelers. Anchored by Bloomingdale’s The Outlet Store, Last Call by Neiman Marcus, Saks Off 5th and Forever 21, and with 130 stores such as Gucci, Prada, Ermenegildo Zegna and Brunello Cucinelli, FOC is the first new enclosed mall construction in Chicago in more than a decade.

An art program built into the design of the mall brought 10 artists to the center who integrated large-scale installations into ceilings, walls and the sides of escalators.

Amenities, shaped by FOC’s proximity to O’Hare, include a concierge service that allows travelers to check luggage directly to their flights, print boarding passes through a TSA-certified provider and take shuttle buses to the airport and downtown.

FOC is projecting sales in excess of $800 per square foot in the first year. By the third year, sales are expected to climb to $1,000 to $1,200 per square foot, said Arthur Weiner, chairman of AWE Talisman, which developed the property with The Macerich Co.

“Tourism drives outlet shopping throughout the world,” said Weiner. “O’Hare, third-largest U.S. airport with six nonstop daily flights from China. They [Chinese tourists] are the core shopper.” FOC is doing outreach in China. “Before people get on plane in Beijing or Shanghai, they’re holding a shopping package for Fashion Outlets of Chicago,” Weiner said.

The mall’s immediate area boasts 12,000 hotel rooms, Weiner said. Advertising to announce the Aug. 1 opening includes a takeover of the international terminal at O’Hare, more than 20 billboards in Chicago and digital media with advertising buys across blogs.

FOC asked brands to design a higher level of store than normally seen at outlet malls. “We said, ‘We don’t want your Michigan Avenue store design. We don’t need zebra wood,” said Weiner. “But can you ask your talented people to show brand pride.’ They have stepped up the game in terms of materials and design.”

FOC worked with the Arts Initiative of Chicago, a newly formed collective. Among the artists featured are Daniel Ashram, who in 2011 partnered with Dior on a window project; Alvaro Ilizarbe, who combines fashion and art in his work, and Bert Rodriguez, whose art has been part of the Whitney Biennial.

“Our arts initiative is a not-for-profit collective with no marketing agenda,” Weiner said. “We’re bringing entertainment to unexpected spaces. Our arts initiative has goals beyond the mall. We want to inspire and incite a dialogue with art.”