Launched in early 2015, the site was just presented with the 2019 Altagamma Believing in the Future (Young Enterprises) Award and endorses "renting as a smart choice."

A screen shot from Drexcode

MILAN — The entrepreneurs behind the high-end fashion rental service Drexcode have clearly done their homework.

With their marketing and management experience in companies ranging from Nestlé and Danone to Kraft, the cofounders of Drexcode — chief executive officer Federica Storace and head of sales Valeria Cambrea — kicked off their business by knocking on the door of decision-making managers of top luxury brands, armed with their own surveys and research, before launching the online service in early 2015.

They don’t deny the initial hurdles and fondly remember the first order that finally came in after one month for an Antonio Marras dress that was painted by hand and is now exhibited in a museum. Since then, Drexcode has caught the attention of several luxury brands, which now total 55 on the site; built a community of 250,000, and seen more than 35 percent repeat orders. Now the company has just won the 2019 Altagamma Believing in the Future (Young Enterprises) Award.

In an interview at the Drexcode headquarters here, Storace explained that the site is not a marketplace and that the company periodically purchases inventory from the latest collections of luxury brands at wholesale prices. “It’s data-driven buying,” Storace said. The warehouse and internal inventory are based in Milan and cover orders from anywhere in the European Union. There are around 2,000 dresses available.

“We realized that online luxury was leading and that consumers were evolving toward a sharing economy formula also in Italy, with Uber, Car-sharing and Airbnb emerging,” said Storace, noting that 78 percent in a surveyed sample of 2,500 women aged 25 to 40 years old said “they do not wear the same dress for two different special occasions.”

Drexcode is in sync with two major trends today: A decline in ownership — see the success of Rent the Runway, for example — and consumers’ increased attention to sustainability, giving longer life to clothes. “This is not about wanting something you can’t have, renting is seen as a smart choice,” Cambrea claimed.

The two women have also realized that the site is a “powerful marketing tool.” They noted that 31 percent of customers want to try new brands and Storace and Cambrea look for labels that are off the beaten track, such as Iris Serban or Maria Lucia Hohan, as an alternative to the more established names available on Drexcode, from Alberta Ferretti and Moschino to Giambattista Valli, Jean Paul Gaultier and Vivienne Westwood, to name a few. 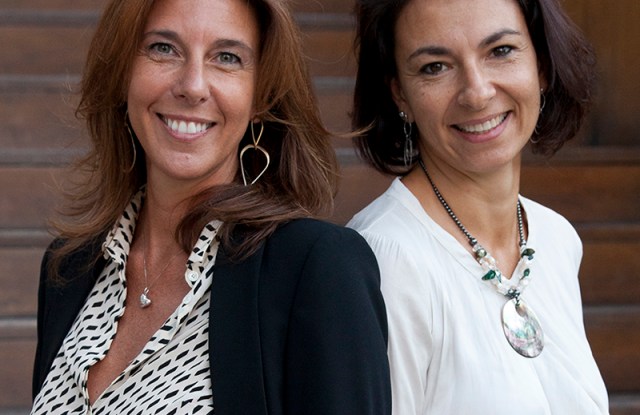 Drexcode allows a four or eight-day rental of luxury dresses for special occasions at 10 to 15 percent of their retail price. Free return and laundry, as well as free advance trials, a free alternative size, tailor-made alterations and a stylist’s advice are additional draws.

While starting out with luxury brands — and especially evening, which now accounts for 20 percent of sales — and “educating women about the pluses of high-end design, craftsmanship and fabrics,” said Storace, Drexcode is currently adding a price range hovering around 100 euros to attract a younger Millennial customer. “Drexcode is still aimed at special occasions but has expanded to include aperitifs and dinners, as well as galas and now also weddings,” said Storace, sitting in front of a beautiful white gown that had just been photographed at the headquarters.

Customers include stylists, but 60 percent of the clients are professionals who “know fashion” and have a busy social life. “Instagram has changed the perspective, and women now don’t want to be spotted and photographed wearing the same design on two occasions,” said Cambrea, who underscored the importance of communicating directly with consumers via chat, phone or mail. Also, Drexcode now has a showroom store at Milan’s Rinascente and a temporary store in the city’s Brera district.

“Service is our strength,” Cambrea said.

While eyeing the opening of a flagship in Milan, the goal is to expand internationally, after seeing a more than 50 percent growth trend in the last two years. “We’ve logged in 8,000 orders from September to February,” Cambrea said.

The two entrepreneurs are focusing on London to potentially open a pop-up store. At the same time, they are updating the website with a more fashion vibe and increased customization, and expanding with more accessories and luxury custom jewelry. “We started by satisfying a functional need and now we are moving to emotional benefits,” Storace said.