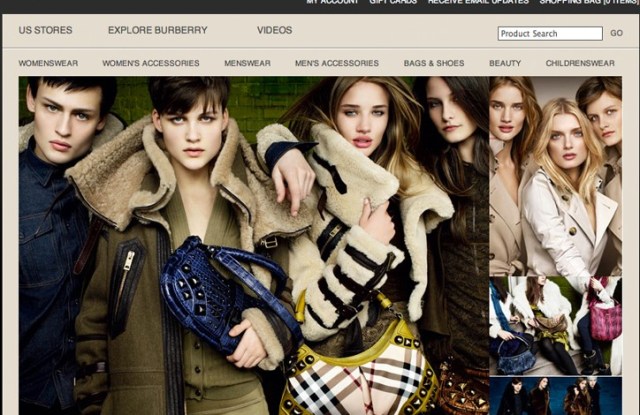 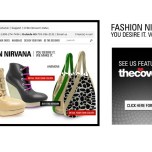 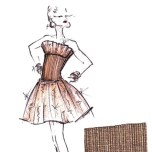 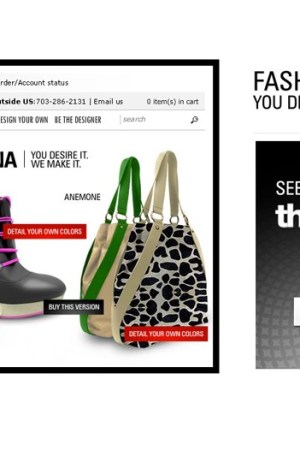 This story first appeared in the September 15, 2010 issue of WWD. Subscribe Today.

Fashion on demand is here, from sped-up deliveries at Burberry to businesses in which the consumer acts as buyer, backer and even the designer, and can get the products to her door within weeks if not days. Driven by the Internet, new forms of retail combine urgency with mobile commerce, social media, gaming and crowdsourcing.

The growing power of the consumer is stirring the potential of a tug-of-war with the brands themselves as shoppers demand exactly what they want and how they want it — and they want it right away. The balance of power between retailers, shoppers and brands began to shift long ago, but now consumers are no longer content to steer the fashion vehicle — they want to own it.

Yet even as some brands respond to the growing consumer pressure for an ever-faster fashion cycle and openness, others, like Tom Ford, are attempting to wrestle the reins back from consumers’ hands and return to a slower, gentler era. “I get fashion immediacy.…I don’t get the need for fashion immediacy. I think it’s bad,” Ford told WWD.

He may be fighting a losing battle, for Ford appears to be the proverbial boy with his finger in the dike. As he tries to push the pendulum back, scores of businesses are launching to cater to consumers’ every wish, whim, idea and fantasy — and at low cost. Then there are brands like Burberry, which are fully embracing the rush to immediacy. Burberry this season not only will live-stream its show but will enable customers to order select pieces that will be delivered directly to them within seven weeks.

“It’s another way of talking to a customer,” said Burberry chief creative director Christopher Bailey. “There’s a lot of excitement around the shows. Traditionally, there have been 1,500 people who are invited to a show. Digital technology and the Web allow huge global audiences to be a part of that energy and excitement. We have so many customers wanting to see the show and be a part of the show, it was a natural progression.”

During the showing of the spring 2011 Burberry Prorsum women’s collection Sept. 21 in London, customers will simultaneously watch the live broadcast in 25 stores around the world. They can purchase outerwear, bags and beauty from an iPad app in the store for delivery seven weeks later. The items are made in the U.K. and Italy. Customers who do not attend the broadcasts will also be able to order the same items over Burberry’s Web site from home or at work (the iPad app is in-store only). The company calls the concept “Burberry Retail Theater” and it will replace trunk shows, said Bailey. The company may expand the sped-up deliveries to all Prorsum merchandise in the future, but not to other Burberry collections, because they are not shown on the runway and because of manufacturing realities, he said.

The immediate orders and faster deliveries were a natural consequence of bringing the show directly to the consumer, Bailey said.

“I think it’s very important not to treat digital technology superficially,” he said. “It’s not just there to check off a box and say ‘Yes, now we live-stream a show.’ It’s important to think of the consequences of that, and one is that customers will say, ‘I love it and I want it now and I don’t want to wait.’”

New retail concepts are coming fast and furious. Deal-a-day group buying site Groupon may be the fastest growing company of all time with estimated revenues this year of $500 million after less than two years in business. This season has been a big one for launches, from private sale firm Kembrel to retail game Retail Therapy, and the latest may very well be the first truly custom, crowdsourced business from a major mainstream player — Jeff Silverman, the ex-president of Steven Madden Ltd.

Anyone can upload a sketch or photos to communicate their original design of a shoe or handbag they would like to order to Jeffsilverman.com and receive that exact shoe or a bag in three weeks or less from China for $125 to $250 (existing and tweaked designs are available for $100 to $175).

“There’s a new sheriff in town — it’s called the consumer,” said Silverman. “This project is all about letting the consumer tell you what they want. The industry would say they don’t know what they want, and I disagree with that.”

The lead times in fashion are laughable, he said. The fewer markdowns a retailer has and the more it sells, the more successful it will be.

“Having must-have fashion and having it continuously — newness drives visits to Web sites. The words “sale,” “new,” “exclusive” — those are the big words,” said Silverman, who is no newcomer to fashion or the custom business.

Jeffsilverman.com is also tapping into the power of fashion bloggers and viral marketing by creating an additional revenue stream for bloggers and anyone else who designs a shoe or promotes the store on their Facebook page.

The company has 250 bloggers in the queue, including Jennine Jacob of the Coveted and founder of Independent Fashion Bloggers, who plan to custom design shoes and feature them and the store on their blogs, said Silverman.

So far, bloggers’ designs include a shoe with a cut-out design in the wedge, an over-the-knee boot that laces up so it fits and stays on, a military-inspired boot with a sock cuff top and a boot pump with a five-inch stiletto heel and a moccasin toe.

Almost any design is possible because so many components exist in China and are immediately available close to the five factories the company works with. It’s almost like sampling music tracks.

Acknowledging the potential of users copying bits and pieces from well-known designs, Silverman mused, “What is a knockoff? It’s an interesting question.”

The first exchange is free, and additional ones are $30. Returns can be sold to other customers. A mobile app will be available for the iPad in about a month, he said.

As for other retail innovations, Monday saw the launch of online design lifestyle store Ahalife, which features one “globally curated” item every 24 hours chosen by a celebrity or anyone who is a member of the site. The site fits into the demand-now syndrome because consumers become buyers-curators.

The crowd-sourced collection is also creating another new form of retail, as more designers create a ready group of customer-investors by appealing directly to the public for funding.

Designer Stacy Lomman raised almost $12,000 on crowd-sourcing site Kickstarter to create her first dress collection and hold a fashion show, which took place on Monday in New York. Nine women who pledged $650 or more had a dress in the collection named after them and will receive a custom-fitted version of the dress, which would retail for about $2,000. A private label designer for many years, Lomman is not the first to crowd-source funding via Kickstarter. Designer Andrea Tobin of Marla Cielo raised $4,000 to create and sell a line of 50 hand-painted bags. Investors received a bag and attended a party.

FashionStake is also raising money for a handful of designers, including Lewis Cho. A sort of Groupon for fashion, the site lets a designer amass enough buyers for an item to put it into production.

Retailers and brands could easily put up look books for customers to vote on or preorder, much as ModCloth has done with samples.

“I think digital technology is changing the way all of us shop and explore and get information and get inspired and get excited,” said Bailey. “There’s a lot of scaremongering going around saying traditional buying or traditional journalistic opinion [is in peril]. I don’t think it changes anything at all, I think it’s another layer and it adds another complexity to this business. I don’t think anything is being replaced, but those things can be part of the richness of the experience of people looking at look books earlier and commenting on them. I think it’s all fine.”

The buyer is essential to a balanced assortment, and Burberry has no plans to hand over design to the general public, he said.

“Burberry is a brand. It’s very important that the brand remains having a strong point of view and having an opinion,” said Bailey. “I think it needs to be created here. Certainly I think you need to engage with a customer but the engagement is about inspiring that customer and making them feel a part of that brand. I don’t necessarily think it’s about designing for your brand.”

Karen Katz, president and chief executive officer of Neiman Marcus Stores, said about Burberry’s move, “If they can execute it, I give them credit for it. We all have to chart our own path. They’ve been very innovative in how they interact with the customer.”

“I think it’s a great idea, and that’s why we did it too,” said Gerald Barnes, president of Neiman Marcus Direct. “It appeals to a very sophisticated customer.” He doesn’t think it takes away from the business Neiman’s will do with the Burberry line. “There’s plenty of room for everybody,” he said.

Ron Frasch, president and chief merchandising officer of Saks Inc., said, “The supply system is very sophisticated. It’s Prorsum, and your audience is narrower than [Burberry] Brit or London or the accessories. It’s an interesting experiment.”