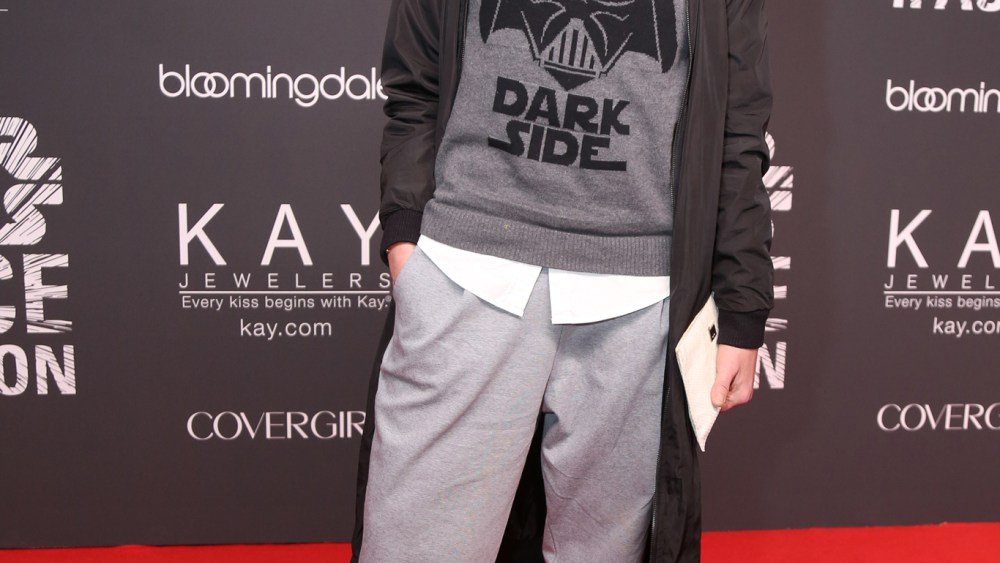 Fashion took “Star Wars” by force on Wednesday night as designers and stars of the latest film in the franchise, “The Force Awakens,” descended on Skylight Modern.

Force 4 Fashion, a collaboration between Disney Consumer Products and Bloomingdale’s, proved that “Star Wars” has finally brought fashion into its orbit.

“The Force Awakens” provided inspiration for 11 designers, who reinvented the costumes of “Star Wars” characters, all in the name of charity. The designs, which were showcased in fluorescent boxes, will be auctioned off to benefit the Child Mind Institute after doing a stint in Bloomingdale’s windows.

Daisy Ridley, John Boyega and Lupita Nyong’o, stars of “The Force,” walked the red carpet, along with Clare Foley, Bridget McGarry and others.

Ridley, who plays Rey in the film, looked svelte in a white dress with a zipper down the middle. “I did gymnastics as a kid, so the physical thing has always been very important to me,” said Ridley, whose favorite designers include “Miu Miu and I’m a big champion of British designers.”

Boyega, who plays Finn, a new character, said he’s looking forward to introducing a new generation to “Star Wars.” “It’s so epic,” he said. “It’s not the ultimate war or the end of the series. The characters have to fight for everything. It’s about good versus evil.” Asked if the purple bomber jacket he was wearing was from Kanye West’s Yeezy collection, Boyega said, “Did Kanye borrow my jacket? That’s the question.”

Wearing a “Star Wars” sweater, stylist Stacy London was in her element. London said that fashion and science fiction are no longer mutually exclusive. “This is the cultural zeitgeist,” she said. “You have Bloomingdale’s able to mix with this movie franchise. This is the melding fans of Dungeons & Dragons and Chanel. I’ve always been divided between the dark and light sides of science fiction.”

“Star Wars” characters haven’t exactly been known for their sense of style. Think Princess Leia in her stark white gown, Rey wrapped in bandagelike fabric and Finn’s modified space suit. Designers Billy Reid and Todd Snyder each tried to improve on the hirsute Wookie, Chewbacca, with furry brown jackets and tan pants. Giles Deacon designed a gown for Captain Phasma, played by Gwen Christie, printed with images of her character.

There was some gender-bending by Marie Mazelis of Halston, who designed a revealing black gown for Kylo Ren, played by Adam Driver.