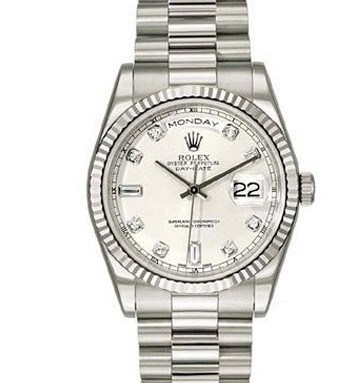 Those words described Father’s Day business for retailers around the country last week. Even so, most stores were pleased with the way sales wound up and are optimistic the modest pickup they’ve been experiencing for the past several weeks will continue into fall and holiday.

Casualwear, most notably colorful polos and woven sport shirts, were among the most popular items. And the catchphrase of the season is lean inventories. After getting burned last fall and holiday with an overabundance of goods, retailers have slashed their budgets and are now carrying the bare minimum in order to inch their margins back to acceptable levels.

“Father’s Day wasn’t too bad compared to the trend we’d had before,” said David Fisher, executive vice president and general merchandise manager of men’s wear for Bloomingdale’s. “We were off in the midsingle digits, which was definitely an improvement for the season and month-to-date.”

Leading the way, he said, was tailored clothing, which was up in the double digits and helped by a private sale. Following closely behind was contemporary sportswear and denim from Levi’s Capital E, True Religion and Cheap Monday. Also performing were shirts and ties from Hugo Boss and Turnbull & Asser and classic sportswear from Tahari and Burberry, Fisher said.

Looking ahead, Fisher said he’s feeling more positive. “We’re not at the end of the problems yet, but we’re in a good inventory position and fall deliveries are starting to come in, so we’ll see the reaction. We’re ready for whatever happens.”

Jonathan Greller, gmm of men’s for Lord & Taylor, said sales were “better than expected considering the economy and the fact that the weather was not on our side. But it just goes to show you that consumers come out and shop for holidays.” He said Friday and Saturday were especially strong and shoppers were looking for “newness at a value. Sportswear was stronger than tailored clothing and short-sleeve knits drove sales.”

Also doing well were colorful polos and jeans under $100. Dress shirts from Calvin Klein, Polo and Kenneth Cole, along with neckwear in stripes or neat patterns, both for under $50, also found their fans. Navy blazers at $200 to $300 and shoes around $100 also sold.

Nevertheless, Greller is “still conservative” about the future. “But our inventories are lean and we’re leaving ourselves open to jump on any opportunity.”

Lou Amendola, chief merchandising officer for Brooks Brothers, said shoppers showed up at the last minute and “they gravitated toward bargains.” Ties did well, along with polo shirts and summery sport shirts in gingham, seersucker and madras. Most were in the $50 to $75 price range. “Bigger-ticket items didn’t get the pop,” he said.

Going forward, he expects sales to continue to be challenging. “We have to keep our stores fresh, our inventories light and be very selective about promotions,” said Amendola.

Tom Kalenderian, executive vice president and gmm of men’s for Barneys New York, said “unexpected classifications” led for Father’s Day. “It was all about casual items versus jewelry, belts or leather goods. However, dress shirts and ties pulled in big increases last week, in spite of the lackluster season.” And most of the goods sold at full price.

Swimwear, led by Vilebrequin, was very strong, as was luxury sportswear from Bamford and Zegna. In the Co-op, woven sport shirts from Rag & Bone, Theory, Paul Smith and Steven Alan did well, as did Nixon watches and Filson bags. Although denim overall was soft, RRL was a bright spot.

Kalenderian said inventories are on plan and the store bought conservatively for fall. “Fall won’t bring revolution, but will certainly show margin improvement,” he said.

“It was all about color and novelty,” he said.

The company’s private label goods had strong sell-throughs, as did accessories such as soft leather goods and sunglasses. Tailored clothing lagged sportswear.

“We expect fall to remain challenging, although the comparisons get easier as we move through the fall season,” he said. “With some early success on our own men’s collection and our major initiatives with many brands, I believe we will be competitive for fall. We are controlling what we can control and doing our best to gauge consumer sentiment. We are ready when they come.”

At Rosenblum’s, which has two stores in Jacksonville, Fla., “The weekend was just fair. We were definitely down from last year,” said Bob Rosenblum, owner. Of items that did move, silk wovens and cotton or linen shirts performed best.

Rosenblum sent out $50 gift cards to 400 of the store’s customers, hoping for an uptick, calling the promotion “a good shot in the arm, but not enough.”

Despite weak sales, Rosenblum is optimistic about the men’s business but is hedging the recession by cutting apparel inventory by 75 percent, offering significantly fewer markdowns, and boosting the number of events he holds. “If you sit back and do nothing, you’ll go out of business,” he said.

Herman Heinle, president of Gus Mayer in Birmingham, Ala., and Nashville, Tenn., reported “a little success” for the weekend but said, “Father’s Day has not been the kind of holiday for apparel like it once was for years now. It’s much more of an electronics holiday.”

At an in-store Father’s Day event last Tuesday in Birmingham, more than 100 customers turned out for a personal appearance by Col. Garry Littleton, owner of Colonel Littleton, a men’s accessories manufacturer. The store sold $10,000 of rustic leather accessories, including satchels, executive desk boxes, money clips and wallets. Over the weekend, sportswear enjoyed a 15 percent uptick, according to Heinle, with knit polos, shorts and woven sport shirts with checks or stripes performing best. Heinle reported dips in casual pants, dress slacks and suits.

“Men’s is much tougher than women’s right now. I don’t see that changing. Going forward, I think men’s business is going to be very inconsistent. In the pecking order of things, men are way down on the totem pole,” said Heinle.

“It wasn’t fantastic but overall it met our expectations,” said Jack Matzer, gmm of men’s at Houston-based Stage Stores. “We planned very conservatively. The customer continues to be very value-oriented and commodity-driven.” Highlights were dress shirts by U.S. Polo Association, private label neckwear and suit separates by Dockers, he said.

“We were busy this weekend and we had a decent week, but nothing is happening the way it did a year or two ago,” said Murry Penner, owner of M. Penner in Houston. “We did best with Vilebrequin swimwear, Zegna Sport casual shirts and Agave jeans.”

Penner, who specializes in designer brands, is hopeful that price reductions on fall goods will spur business. “The economy combined with high prices has made our niche challenging in a way we haven’t seen before,” he said.

Fraser Ross, owner of Los Angeles-based Kitson, said: “The weather out here is warm by now and people are more casual, so the shirts and shorts are always big for us.”

Items in the $95 to $200 range sold well, though business was decidedly slower this year than last.

Geary’s, a luxury gift emporium on Rodeo Drive, saw strong business in high-end watches from Rolex and Patek Phillipe that retailed for over $15,000. Owner Tom Blumenthal said, “Business is certainly not getting dramatically better, but it’s slowly but steadily improving.”

“We broke sale three to four weeks earlier than normal because everyone in our trade area went on sale early,” said Simon Chan, senior men’s buyer for Portland, Ore., and Seattle-based Mario’s. “We had to stay in line with that and go promotional; we worked our e-mail and phone lists hard to bring people in.”

Although sales were down from last year, Mario’s did well with sportswear, notably polo and sport shirts, as well as clothing from Hugo Boss, Ermenegildo Zegna, Loro Piana and Prada.

Mario’s is hoping to finish June down 20 percent from last year, an improvement over the 30 to 40 percent year-over-year drop seen in recent months.

“I think we’re slowly starting to turn a corner, though it’s still really tough out there,” Chan said.