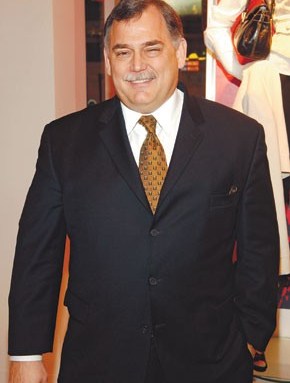 When the going gets tough, the tough better get going.

That cliché aptly describes today’s retail climate, where the news seems to get worse from one day to the next. On Monday, the Commerce Department reported that sales at specialty stores fell 0.5 percent last month from February and were flat in department stores — and the year-over-year comparisons were even worse.

So retailers are seeking growth wherever they can find it. On Monday, Wal-Mart Stores Inc. said it had appointed a senior executive to explore the Russian market, while J.C. Penney revealed plans to launch a new junior line this fall in time for back-to-school.

The moves at the two megaretailers follow similar strategies at stores ranging from Kohl’s Department Stores to Target and Bloomingdale’s to Gap Inc. Retailers are signing new exclusives, exploring overseas markets, adding categories — or all three.

All of which isn’t surprising, given the bleak economic news. “There is an ongoing slowdown in real consumption,” said Brian Bethune, U.S. economist at Global Insight. “The economy certainly looks like it’s moving down. There’s not a lot more to it than that.”

Year-over-year, sales at apparel and accessories stores dropped 1.6 percent last month versus March 2007 to $18.6 billion. Department stores lost 4.1 percent of sales to $17 billion for the month.

Overall retail sales in the U.S. gained a seasonally adjusted 0.2 percent last month following a 0.4 percent decline in February, which was revised upward from an initial 0.6 percent drop, the Commerce Department reported Monday.

“Much of the strength was in retailers that were impacted by increasing food and energy prices,” said Scott Hoyt, director of consumer economics at Moody’s economy.com. “Sales actually declined if you exclude gas stations, grocery stores and restaurants [from the overall sales number].”

Gas prices spiked in March, which distorts the picture painted by the overall increase in retail and food services, said Bethune. Excluding gas, there was widespread weakness last month, including the apparel sector, but the results were not a surprise, he said.

“To some extent, there is a definite shift to more of the big-box discounters in terms of where people are shopping,” Bethune said. “Consumers are moving away from the brands and moving more to generic, bulk-type purchases.”

But Wal-Mart isn’t banking only on the U.S. Despite a checkered history operating overseas, the world’s largest retailer on Monday named Stephan Fanderl as president of Wal-Mart Emerging Markets-East.

“It’s embryonic,” Robert Buchanan, a retail analyst, said of Wal-Mart’s activities in Russia. “But I know they’re very optimistic about the potential in Russia. The infrastructure is better developed than it is in India, another place where Wal-Mart is making some early noises.”

According to Buchanan, Russia “makes sense” for Wal-Mart. “International, broadly speaking, has been a win for Wal-Mart. It’s a growing percent of sales and operating profits. With the prognosis for the dollar as poor as it is, it makes sense for them. Wal-Mart is starting to regain momentum in the U.S., so I think there’s a decent prognosis” for Russia.

Wal-Mart may be considering a cash-and-carry business as part of its strategy for Russia, or “something to feed into and provide wholesale services to the various retailers in Russia. That would be a good way for them to get their feet wet. Its similar to what they’re doing in India. The middle class is still tiny in most of these countries, such as India and Russia, but long term, you’ve got to play internationally. Wal-Mart has done a lot of work in terms of the potential of the Russian market.”

Fanderl was with the Rewe Group, a leading German retailer specializing in supermarkets, hypermarkets, home improvement centers and travel agencies. In 2006, he was appointed a board member and head of Rewe’s hypermarkets and supermarkets. Ironically, Germany is one of the blots on Wal-Mart’s international record, since the chain had to withdraw from the market after failing to build a profitable operation there.

Wal-Mart has been strengthening its international management, though. In January, the retailer named Vicente Trius, a rising star who headed Wal-Mart Brazil, to the new role of chief executive officer of Wal-Mart Asia. Wal-Mart China, a fast-growing enterprise that is performing ahead of expectations, and Seiyu, the Bentonville, Ark.-based retailer’s Japanese division, which is said to need work, also fall under Trius’ purview.

In addition, he oversees Wal-Mart’s partnership with Bharti Enterprises in India, which will be one of the retailer’s major growth opportunities in the next decade. No joint Bharti-Wal-Mart stores have opened. The deal is said to be structured with Wal-Mart providing logistics and distribution expertise to a series of wholesale club franchises Bharti wants to open to service India’s mom-and-pop businesses.

But, while Wal-Mart is expanding both at home and overseas, Penney’s is focusing on the U.S. — and, to a large degree, is banking on its product-development arm to gain momentum and attract the consumers’ interest.

On Monday, the department store chain said it will launch a private brand for b-t-s called Decree. But the retailer also said it will expand its recently introduced American Living exclusive collection, and national brand Whitetag, to the young men’s arena.

The $20 billion, Dallas-based Penney’s also said that its junior departments will incorporate a new “lifestyle” merchandising initiative involving enhanced store environments. Some stores will have piped in pop music to set a hipper mood, and certain off-the-mall sites are getting enhanced dressing rooms.

“Teens have always been a cornerstone of our business, and they are emerging as today’s key influencers of purchase decisions made by their family,” Ken Hicks, Penney’s president and chief merchandising officer, said. “Given the increasing importance of this segment, we’re building on our strong relationship with teens by delivering a complete array of relevant lifestyle offerings and brands that are as diverse as the juniors and young men’s customers that we serve.

Penney’s has been steadily building its array of exclusives, and new offerings, having recently added Le Tigre, as well as the exclusive brand Fabulosity by Kimora Lee Simmons, also available to juniors this b-t-s season.

Penney’s said Decree will offer apparel, accessories and footwear aimed at female teens and young adults, and characterized the label as all-American-inspired, driven by premium denim.

The collection will be better-priced for Penney’s, with items ranging from $18 for a tank top to $38 for a five-pocket jean to $85 for outerwear.

Penney’s also characterized Whitetag as an “urban rock”-inspired collection, with a focus on premium denim, as well as “art-driven” Ts, woven shirts and fleece track jackets. Denim jeans from the collection will showcase the latest fits and finishes with superior quality and uncompromised attention to detail.

A trendier lifestyle approach in juniors sells brands such as Fang, Underground Soul, Self Esteem and Vigoss, and dressier going-out looks, brands such as B Wear, Tracy Evans, Heart and Soul and Star City, are offered.

There is also an urban-lifestyle component that includes Southpole.

The junior areas will be enhanced with new fixtures and graphic images, as well as mannequins at the front of departments to showcase the latest styles and help show customers how to put together looks.