Fine Dining Part of the Experience at Bal Harbour Shops

Fine dining is a key draw and a lucrative component in the Bal Harbour experience. 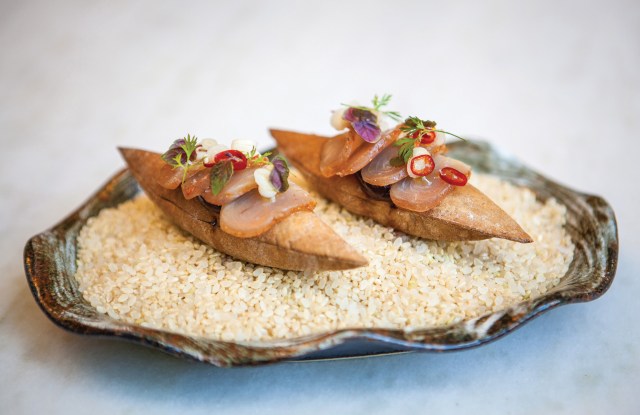 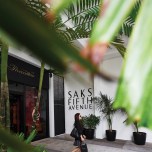 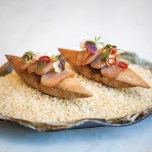 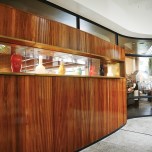 As Stanley Whitman assembled a best-in-class group of stores, he knew a run-of-the-mall food court wouldn’t cut it.

But shoppers needed somewhere to refuel, so he imported Schrafft’s, a Manhattan main- stay for comfort fare. Fine dining premiered in 1979 with his son Randy Whitman’s addition of Ristorante Tiberio. What the Whitmans didn’t wholly predict was how lucrative the culinary component, which accounts for 10 percent of the center’s square footage, would become in a retail setting.

“They thought of restaurants as a necessary amenity, like a bookstore rather than a profit center,” said Matthew Whitman Lazenby, Stanley’s grandson and president and chief executive officer of Whitman Family Development. The center hired consultants to under- stand how restaurants work and to connect to the industry, and conducted intense research by touring hot eateries worldwide. “Over the past two decades, restaurants have become more than a bite between shopping. They’re destinations in themselves.”

Anyone who has observed the social circus that is Carpaccio, which opened in 1995, can attest to this phenomenon. Sean Connery, Michael Caine and the Kardashians are among the celebrities who have been part of the nonstop parade that averages 1,400 diners daily, generating $20 million in sales annually, according to founding partner Piero Filpi. His secret lies in service, consistency, and an average check of $40 per person. The place is getting a top-to-bottom makeover next year.

It’s going to need it to keep up with spiffy newcomers like Hillstone Restaurant Group’s Grill at Bal Harbour, inspired by a vintage Chris Craft vessel and the city’s midcentury-modern architecture. The Grill’s 6,407-square-foot space is a combination of several former eateries and a major extension of the main entrance’s porte cochère to 2,300 square feet. From their palm-tree perch, diners can spot Ferraris pull up as the moon rises over the ocean. Hurricane-proof wraparound windows open and shut depending on the weather for an indoor-outdoor experience.

“We came up with the bird’s-nest concept and window system to connect to the action below for a Miami-esque feel,” said Rakesh Patel, senior project architect for Hillstone Restaurant Group. “It took a while to find the right material, which ended up being Douglas fir, to get the sense of being under a boat or floating deck when you valet your car. The effect is especially beautiful at night when the wood glows.”

The center looks for independent hospitality partners and hands-on restaurateurs like Carpaccio, Hillstone and Santa Fe News & Espresso, a catchall for magazines, sandwiches and cafecitos, that perform successfully in more than one market. It found another rainmaker in Stephen Starr, whose Miami foray Makoto totaled nearly $12.5 million in sales in 2015.

Next time you’re feeling peckish at Bal Harbour Shops, try one of these crowd-pleasers.

Carpaccio: A Maine lobster split in half atop linguine in a chopped tomato and garlic sauce swimming with clams, mussels and shrimp.

Makoto: Fried rice with “frosty” Kobe beef — its unique texture comes from its flash-frozen preparation — topped with a jidori egg.

The Grill at Bal Harbour: Ahi tuna tartare with sliced cucumber and avocado in miso dressing scooped up with toasted baguettes.