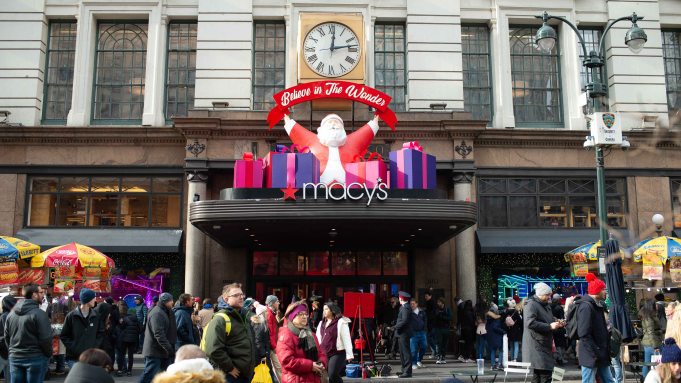 CGP reported Monday that Super Saturday — the last Saturday before Christmas — beat last year’s record of $31.9 billion in sales by 10 percent. It also beat Black Friday’s results $31.2 billion in sales, though that was expected.

“After a warm fall that depressed October and early November outerwear sales, retail has gained speed ever since, peaking on Super Saturday — and Sunday was no slouch as well,” said Craig Johnson, president of CGP.

He said the retail sector was paced by Walmart, Amazon, Costco and Target, but “transaction velocity” was strongest at off-price chains. “The spending momentum was so strong that even the long-ailing department stores had their best weekend of the season,” Johnson added.

“Consumers were enticed both by promotions on Super Saturday and incentives for expedited shipping,” said Michele Dupré, Verizon’s leader for retail, hospitality and distribution. “Retailers on their game and confident in their distribution channel are even guaranteeing delivery by Christmas Eve, drawing in the last-minute shoppers.”

A strong Super Saturday weekend doesn’t guarantee a healthy holiday season overall. Business was “spotty” through most of December after a robust Thanksgiving to Cyber Monday stretch. Also, the apparel sector is generally soft, particularly outerwear due to erratic weather patterns; there are six fewer days between Thanksgiving and Christmas, meaning shopping would be more compressed close to Christmas raising the likelihood, and the week after Christmas is important particularly for returns and gift card redemptions. Some analysts believe the shorter calendar leads to less browsing and fewer impulse and self-purchasing simply because there is less time to shop.

CPG’s results are based on both store and online sales calculated from quantitative surveys conducted by the firm’s 18-researcher field team across 50 major retailers in more than 100 mall and off-mall shopping venues that CGP has tracked since 2005.

Robust job and wage growth along with healthy household finances drove the increase, Johnson said. CGP’s holiday analysis tracks all Census Bureau retail categories except for autos, gasoline/oil and restaurants. Industrial-strength promoting, weather conditions conducive to getting out and shopping, and the late Hanukkah, which began Sunday night, would have also factored into the results.

While traffic at malls generally continues to decline, even through the holiday season, conversion rates rose offsetting the thinner footfall at many centers, Johnson observed.

He also reported that online sales cumulatively comprise 58 percent of the year-over-year growth in holiday retail spending, and that women are shopping more like men, with more tech spending displacing apparel, and now comprising 50 percent of customer traffic at Best Buy and Apple.

“The question now is whether…the stellar momentum leads to sustained economic growth into 2020 and beyond,” Johnson said. “The week between Christmas and New Year’s is now the third biggest week of the season and may be a ‘tell’ for the consumer.”

Johnson has been among the most optimist of retail forecasters this year, predicting holiday retail gains of more than 5 percent. Many other forecasts are about a point less.