British fashion brand plans further German stores, with a door in CentrO Oberhausen to bow at the end of November. 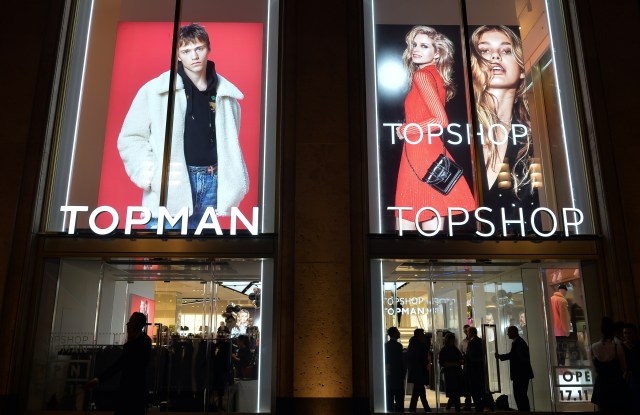 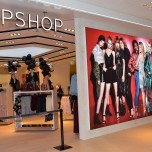 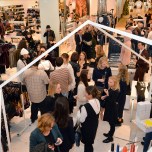 Berlin — Topshop/Topman has carved out its first German store in the Galeria Kaufhof department store on Alexanderplatz here.

Occupying three floors and a total of 14,000 square feet, the British fashion label’s corner store on one of Berlin’s most well-trafficked squares can be accessed from both within Galeria Kaufhof and the new store’s prominent street level entrance.

This isn’t Topshop/Topman’s first involvement with the German market. The company ships directly to Germany via its web sites as well as Zalando.de. Furthermore, Topshop has shops-in-shops in Berlin’s KaDeWe, Munich’s Oberpollinger and Hamburg’s Karstadt department stores, and two for Topman in KaDeWe and Oberpollinger.

“We do a great business with KaDeWe,” commented Topshop managing director Mary Homer, “but we’re talking about 2,000 square feet of floor space, and we have to rely on people knowing about us being there.”

Larger, stand-alone Topshop/Topman stores are now part of the company’s German expansion strategy. A second 12,200-square-foot store will open in the CentrO Oberhausen shopping center next week and further stores are planned for 2017. Finding the appropriate real estate, though, is always a problem. “You have to rely on new build or people moving. This situation was a perfect option,” Homer told WWD.

Topshop/Topman have long partnered with the Hudson Bay Co. in Canada, the new owners of Galeria Kaufhof, where they first tried carve-outs. When the British label was told of the possibilities offered by Galeria Kaufhof on Alexanderplatz, “we thought this sounds interesting,” she continued. “We always want street presence, and to have windows to tell our story, and with this setup we get the best of both worlds. To the outside world, it looks like our shop,” and one has the additional traffic from within the department store.

For Galeria Kaufhof, the Topshop/Topman store is a means of attracting Millennials to the 100 door chain. “When we bring Topshop/Topman to our stores, it adds energy and excitement. And brings the young people in,” said HBC governor and executive chairman Richard Baker, who flew into Berlin Wednesday to catch a first view of the store. “With this signage and visibility, it’s the best spot in Berlin.”

While checking out the stone floor, which was not quarried marble but porcelain tiles with applied marble artwork, and the monumental staircase of white solid bar steel leading to the second women’s floor and the Topman selling space on the third, he gushed, “It looks great.”

While Topshop/Topman has experience with the German customer, the Berlin store nonetheless remains a testing ground. “This is our idea of what we think will be successful, but we can change it all in one month,” remarked Gordon Richardson, Topman creative director. “We have a men’s leopard coat here, which is literally sold out in London. But whether it works here? I have a feeling it might, but I’m the risky type.”

But according to Richardson, today’s men’s wear customer is also on the look out for something new. “They are less prepared to accept what they already have, even if it’s a new version. They want new items, and we’re doing more than ever before. “

On the women’s end, Homer said they’d done a lot of research on the German customer, who she noted, like most women in northern Europe, goes for a more laid-back look. “The look is quite street and casual, not so dressed up. We turn our stock constantly, so if we need to adapt, it’s quite easy for us.”

But especially in today’s nervous world, she added, “we need to give her something she’s just got to have. It’s our job to keep people happy,” Homer said.

Baker is on a similar mission. “When we came to Germany, we promised we’d reinvent things and do new and exciting things. And here we are [with Topshop/Topman]. There’s more to come,” he said. “We have big plans.”